According to a few sources, this upcoming season players will be allowed to use Japanese Pokémon cards (from Diamond and Pearl to Rising Rivals) in 10% of their decks (i.e. 6 cards). This is a reversal of the original report that Japanese cards were going to be totally phased out; only English cards were to be allowed in decks during tournament play. This means that you can still use your Japanese Uxie LV.X’s, Leafeon LV.X’s, and any otherwise extremely expensive English Pokémon cards.

I personally feel that this ruling really did not change much. From what I have seen, most players that do use Japanese Pokémon cards in their decks only use an average of below 6 cards anyway. I do not know of anyone that uses more than 6 Japanese cards in their deck. They only use Japanese versions of a few costly cards. I was looking forward to seeing only English cards from now on as this would eliminate any confusion, especially for new players. The supposed plan is that only English Pokémon cards will be allowed from the 2010-2011 season and onward.

What do you think of this ruling? Comment below to let us know your opinion. 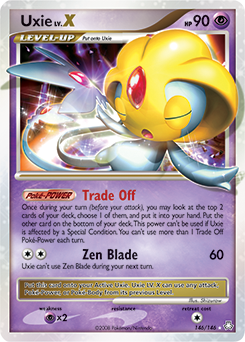