Remember Copycat from Expedition? Chatot from Majestic Dawn has a useful attack for nothing, that lets you shuffle your had into your deck and draw cards until you have the same amount of cards as your opponent.

Chatot can be considered as a really good starting Pokémon. With free retreat, resistant to fighting, and an attack to refresh your hand, Chatot makes do as a great starting Pokémon that can be worked into almost any deck.

With 60 HP and colorless, Chatot’s first attack can help you get out of sticky situations. For example, a bad start. Everyone has one every once in a while. Chatot can come in handy to rid you of that bad hand. Also, the ever popular Power Spray which could annoyingly stop that crucial Cosmic Power or Set Up could leave you with a small hand and unable to draw. Chatot’s attack gives you an opportunity to bypass those annoying power stopping cards. You could even Warp Point Chatot out to refresh your hand and either leave him there as a sacrifice to buy time or just free retreat him to the bench and send out a main attacker.

It’s second attack, Chatter, although most likely will never be used, can be fairly annoying. Chatter, for 2 energy, deals 20 damage and stops the defending Pokémon from retreating. This attack can be best used if your opponent has a bad start, for example, a Baltoy start. This adds stalling power and could potentially slow your opponent down.

A starter without retreat of course is really good. It’s attack is useful, but I believe that it is not very reliable. Personally, I would rather have something solid as a start rather than a card to refresh my hand to a bunch of random cards. Also, you cannot control how many cards your opponent has in their hand, so Chatot can end up pretty useless if your opponent has only 1 card in his/her hand… 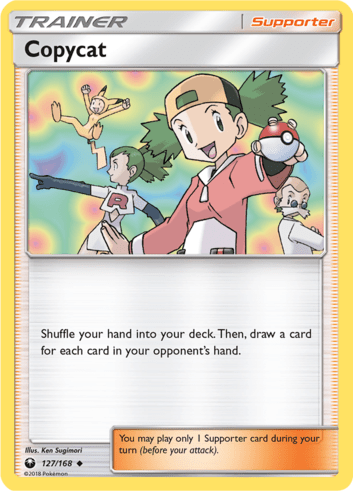