Hit and run attacks are one my favorites in the Pokémon TCG. They do damage then either have you switch that Pokémon with one of your Benched Pokémon, or have you remove that Pokémon from play in some way, effectively keeping that Pokémon out of danger. After all it’s a lot harder to hit a Benched Pokémon than an Active one. When replacing the Pokémon that just did the hit and run, you’ll want to replace it with a Pokémon that has a Pokémon Body or Pokémon Power that gives you a big advantage by having it Active. Here’s an example:

You have a Gliscor LV.X active with 2 F Energy and use Night Slash. It does 60 damage and you switch Gliscor with 1 of your Benched Pokémon, so you choose… Sharpedo RR. It has a Pokémon Body that could discard an Energy attached to the Defending Pokémon if it is Active and damaged. Best of all, Sharpedo has no Retreat Cost. So every turn you can do 60 damage with Night Slash, switch with Sharpedo, retreat back for Gliscor next turn, Night Slash, repeat, etc. This puts your opponent in a dilemma. Every turn he must decide if he wants to risk losing an energy by attacking Sharpedo. And once Sharpedo gets Knocked Out, you won’t lose any resources since you never attached energy to him.

The best hit and runners may be the ones that remove themselves from play because of 1 card…. PlusPower. The most common of these is Uxie LA, since everyone already uses it for its awesome Pokémon Power. Uxie’s attack Psychic Restore does 20 damage plus you have the option of moving Uxie and all cards attached to him on the bottom of your deck. You can attach up to 4 PlusPowers to Uxie to do a maximum of 60 damage, then move Uxie to the bottom of your deck. Since you move the attached cards also, the PlusPowers join him, so you don’t have to discard them at the end of the turn like usual. Getting those PlusPowers and Uxie back into your hand could be a problem unless you base your deck around drawing your entire deck as fast as you can. If you have no deck left and then use Uxie’s attack with 4 PlusPowers for 60 damage, the bottom of your deck becomes the top of your deck, so each turn you can draw the Uxie you just attacked with, play it down to use its Pokémon Power to draw the PlusPowers, attack for 60, rinse and repeat.

But there is one Pokémon I like better than Uxie for this purpose. That Pokémon is Shuppet PL. It does 10 more damage than Uxie, and instead of moving Shuppet and all its attached cards to the deck, you pick them up and put them into your hand. This makes it a lot easier to just play Shuppet and 4 PlusPowers back down each turn for a consistent 70 damage. This trick is very effective versus Gengar/Nidoqueen because returning Shuppet to your hand lets it avoid Fainting Spell. One bad thing about these hit and runners is you also remove the energy attached to them, so you won’t be able to build energy on your other Pokémon (unless you’re using an energy accelerator like Leafeon LV.X).

Here’s a list of the top hit and runners:

Here’s a list of the best Pokémon to leave active after a hit and run:

There are some others, but I think the ones above take the cake, especially Mr. Mime.

Of course hit and run decks aren’t fool proof. They tend to be weak against Pokémon that can hit the bench (ex: Honchkrow G) or switch up your Active Pokémon (ex: Luxray GL LV.X). Also the most damage you can do with a hit and runner is 70 damage via Shuppet’s Fade Out or Starmie’s Star Boomerang (as far as I know). 70 isn’t that much these days, so you could find yourself only 2HKOing your opponent’s Pokémon while they’re 1HKOing yours. And if you’re up against something like Ampharos PL or Dialga G LV.X to shut down your Pokémon Powers or Pokémon Bodies, you could get into trouble.

Any other hit and run Pokémon you think are good? Have any comments, questions, suggestions? Be sure to comment below! 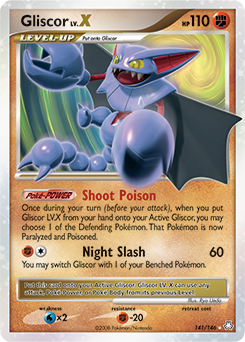