The Pokémon Trading Card Game tournament season ended on Saturday with the World Championships. I hope everyone that attended had an awesome time and congratulations to all the winners. I am not sure who/what won in the Junior or Senior divisions, but Masters was taken by Stephen S. with an interesting take on Beedrill over Sami S. using Flygon with Machamp. Here is the winning Beedrill decklist:

I have to admit, 6 total energy makes me cringe a little! I am someone who likes to be on the safe side and play more energy than the majority, but Stephen obviously put a lot of time into testing this deck to make sure it ran smoothly. It is definitely an interesting take on Beedrill and it is really cool to see that a deck like this was able to take Worlds.

My guess is that this deck will see a good amount of play during Battle Roads in the fall. The only major card that came out in Supreme Victors is Blaziken FB LV.X, but with the way a deck like this can cycle and swarm its Pokémon, it may actually have an edge over that matchup.

There are also reports that a Gyarados SF deck made did incredibly well in the Masters division and made it to the top 8 I believe. That is pretty remarkable considering I have never heard anyone talk about that card before.

I am surprised at the variety of decks that were used and did well at Worlds. I thought Luxray/Infernape was going to be hands down the most played deck, but news sources say that there was a cornucopia of different strategies being utilized.

Quite possibly the most intriguing facet to come out of all of this is that all the decks used at Worlds are still tournament legal for another year! This will make next season highly interesting. Normally most people struggle to find decks during Battle Roads because everyone has to start from scratch, but now players can use world class decks from the get-go (Worlds decklists will be readily available, trust me). 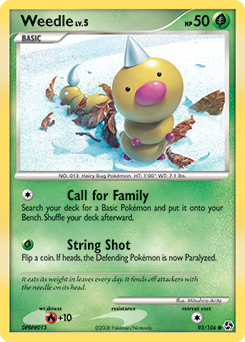