Ever since Regigigas LV.X became popular during Cities last year, people have toyed around with the idea of using Mewtwo LV.X in their decks. It seems like such a simple way to possibly gain an auto-win against an otherwise difficult matchup. “Psybarrier” flat out stops all basic Pokémon cards (well, nearly all of them) and forces your opponent to be wary of being caught without any way to defend against it.

But is Mewtwo LV.X truly a legitimate way to dominate those basic filled SP decks? I believe it is first necessary to figure out exactly what other Pokémon can be used with it, and how likely it is to give you that oh so sweet Psybarrier victory.

The goal is to get Mewtwo LV.X out for its Poké-Body, but we do not want to use its attack; we want to attack with its basic form of Mewtwo. There are currently two Mewtwos available to play; Legends Awakened and Majestic Dawn. Though the LA variety only requires 1 P Energy for its attack, I believe the MD Mewtwo is the better (and necessary) play at the moment because of its 10 extra HP. It does require 2 P Energy to do damage, but the difference between having 80 and 90 HP is enormous in my opinion.

The aim is to get Mewtwo LV.X out as soon as possible against any SP deck. In almost all cases, it is going to take you two turns in order level up (unless you are playing Level Max). This means that Mewtwo (the non-LV.X) will be on your bench for 1 turn, unguarded, vulnerable to an attack.

Nearly every single SP deck uses Luxray GL LV.X. As soon as you drop the Mewtwo, your opponent will do everything possible in order to play a Luxray and use “Bright Eyes” to gust Mewtwo to the Active Spot and try to Knock it Out. “Flash Bite” does 60 damage, but your opponent could easily drop a Crobat G and Poké Turn to add an extra 20 damage to total 80 damage, which will Knock Out Mewtwo LA.

Mewtwo MD only has 10 more HP, so you might be thinking, “Couldn’t your opponent just play another Poké Turn or Crobat?” During the first few turns of the game, which is when you will be seeking to get Mewtwo LV.X in play, it is going to be difficult for your opponent to get Crobat G, 2 Poké Turn, Luxray GL LV.X, and most likely an Energy Gain all out in play. 1 Poké Turn is not much to ask, but trying to get 2 out in time may be pressing it because Cyrus is the only sure way to draw one, and you can only play 1 Cyrus each turn.

Having the extra 10 HP simply makes Mewtwo that much more difficult to Knock Out, and if they don’t Knock it Out, you may have won the game right then and there. It requires them to have one more component in hand in order to eliminate it, and we want to have the odds in our favor as much as possible. Early in the game is really the only time in the game when the stars may not be aligned for our opponent.

So now that we know we are going to need at least two P Energies in our deck to make use of Mewtwo LV.X, I feel that means Mewtwo must be used in a Psychic oriented deck. Possibilities for partners could include Gengar SF, Gallade 4 RR, and Flygon RR. You could try running just 2 to 3 P Energies in any deck for Mewtwo, but the odds that Mewtwo, Mewtwo LV.X, and the Psychic aren’t prized are not too auspicious.

Flygon is an interesting accomplise to use with Mewtwo because Flygon LV.X can easily eliminate Dialga G LV.X, which is one of the counters to Mewtwo LV.X that an SP deck can play. Dialga G LV.X shuts off “Psybarrier”, allowing these pesky SP basic Pokémon to attack it. It is also resistant to Psychic Pokémon, thus making it quite a formidable counter to Mewtwo. Fortunately, Flygon LV.X has got Mewtwo’s back against this foe.

The only other Pokémon an SP deck might play that could take out your Mewtwo LV.X would be a Ninetales MT. However, I don’t think many people are using that card at the moment.

Is Mewtwo LV.X worth playing in any of those 3 afforementioned decks? I actually think it is, at least for the first couple Battle Roads this autumn. Until people start playing Dialga G LV.X and Ninetales MT in their decks, Mewtwo can guarantee you a win. It is just too good of an opportunity to pass up. Once you get it out, just don’t play down any more Pokémon, and you’ve got the game.

However, I am not sure how any of those decks would fare against any non-SP decks. I think Gengar could have some success against the Flygons and Beedrills of the World, but a Flygon playing P Energy and Pokémon may not.

What do you guys think about Mewtwo LV.X? Are there any other decks that it could slide into, or is it too limited in its ability to be played? Let me hear your opinion. :) 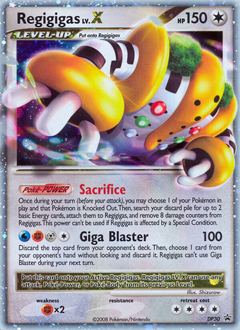