. Working together with Darkrai G

, they may make a powerful combination that allows a fairly quick start, solid damage through the middle game and a hard hitting finale.

Let’s take a look at the synergy between these three Pokémon. First of all there is Parasect SV. Evolving from Paras, this Pokémon is the enabler. His 1C Energy attack, “Nutritional Support”, quickly powers up his second attack by allowing you to search your deck for two G Energy and attach them to Parasect. His second attack, “Hibernation Spore” is thus available on the turn after he evolves (assuming you drop an energy on the turn you evolve him). In addition to doing a modest 40 damage, “Hibernation Spore” puts the Defender into a Sleep that requires the opponent to roll two heads to wake up.

“Hibernation Spore” opens the door to Darkrai G. His Poké-Body “Eerie Aura” causes one damage counter to be placed on a Pokémon that remains Asleep between turns. As Darkrai is a Basic Pokémon SP, it is pretty easy to get three Darkrais on the Bench using SP Radar, Pokémon Contest Hall, Rosanne’s Research and/or Bebe’s Search.

Even if the opponent does wake up, Parasect will still be fully powered and able to put the Defender right back to Sleep with “Hibernation Spore” again.

Where does Venusaur SV fit in?

Venusaur SV is the tank and closer. As a Stage two Pokémon, he may take a little longer to get into action. Once in play, however, he has some powerful attacks. First of all, Venusaur has a 1G Energy attack, “Desperate Pollen”, that causes 30 damage. Not so great. However, if Venusaur has 8 or more damage counters on him, the Defender is also Burned, Confused and Poisoned! Venusaur’s second attack takes advantage of his first attack, and of Parasect’s “Hibernation Spore”. With 2C2G Energy, “Special Reaction” does 40 damage plus 40 more for each Special Condition that the Defender is affected by.

So, if the Defender is Asleep from “Hibernation Spore”, bringing up Venusaur will cause 80 damage, plus whatever damage your Benched Darkrais are inflicting between turns. If the Defender is Burned, Confused and Poisoned as a result of “Desperate Pollen”, a whopping 160 damage will result.

Four Energy for an attack is pretty expensive, not to mention time consuming. That’s where Parasect comes in. “Nutritional Support” lets you search your deck for two G Energy and attach them to any Pokémon in play. So here’s the ideal scenario. T1, Start with Paras SV active and as many Benched Darkrais as you can put into play, drop an Energy and use “Spore” to put the Defender to Sleep.

T2, Evolve to Parasect and use “Nutritional Support” to power him up. Search out and add Darkrais to the Bench. Begin the Bulbasaur/Ivysaur/Venusaur Evolution asap. T3, Use “Hibernation Spore” to put the Defender to Sleep and begin the real damage. T4, Assuming the defender is still Asleep, use “Nutritional Support” to power up the Bulbasaur/Ivysaur/Venusaur Evolution Line. T5 or later, bring up Venusaur to close the game.

If you don’t get a Paras start, hopefully you will have a Bulbasaur. The Secret Wonders Bulbasaur has a no Energy attack called “Shake Vine” that puts the Defender to Sleep. Teching in Luxray GL and LV.X with some SP Energy would also be helpful. Another possible tech/support Pokémon would be Skuntank G. Venusaur SV cannot be poisoned due to his Poké-Body “Green Aroma” – in fact, no Grass Pokémon can be affected by any Special Conditions.

Poisoning the defender with Skuntank G’s “Poison Structure” Poké-Power will automatically add 40 damage to Venusaur’s “Special Reaction” attack. Assuming you don’t Rare Candy into Venusaur. Ivysaur SV will also put the Defender to Sleep when played to evolve. In addition, his “Cut” attack does 50 damage for 1G2C Energy. If you find yourself falling behind, one G Energy and an Upper Energy will power up Ivysaur, or Venusaur with a Memory Berry, pretty quickly.

I think there is a lot of synergy between these Pokémon. Is it enough to become the basis a competitive deck, or will it just be too slow and complicated? What are your thoughts? 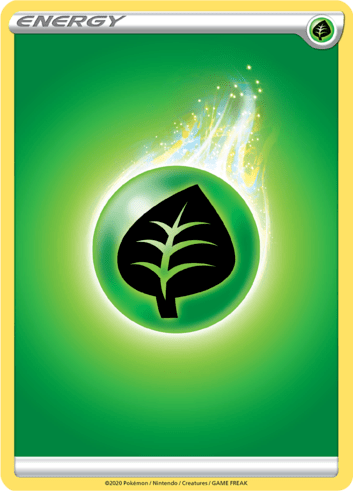