Ian came down to hang out last weekend and we played a handful of games of Pokémon cards. First we tried out turn 2 Shuppet because Ian seemed to think it might be good (he was actually ecstatic about it haha). We tested it against a couple SP variants. Shuppet was fast and got set up quickly, which enabled it to get ahead, but as soon as the Mewtwo LV.X or Dialga G LV.X came out, there was almost nothing Shuppet could do to win.

In order to counter Mewtwo LV.X, you need to get Banette out. This is problematic because 1. Banette is not so easy to search out and mainly because of 2. SP will not give you an opportunity to get Banette out. Here’s the scenario: You attack with “Fade Out”, return Shuppet to your hand, and send Mr. Mime out. Mewtwo LV.X comes out and uses “Energy Absorption” to get 2 Energies on it. You play Shuppet back down, attach the P Energy, leave Mr. Mime out, and pass hoping to get Banette out next turn.

Here’s the issue: The SP player will retreat Mewtwo, send out Luxray GL and level it up, forcing you to bring Shuppet out via “Bright Look” and then Knock it Out. This is where the game swings. It is going to be somewhat difficult to Knock Out that Luxray, and if you don’t your opponent can just retreat for Mewtwo to stall.

When they try to stall, you will put Shuppet on the bench and attach an Energy. Your opponent will then be able to gust it up again in most cases for another easy prize. You also never have the opportunity to get a 2nd Shuppet on the bench with an Energy attached because you have to use your Energy attachment to put the Psychic back on the Shuppet which you return to your hand every turn.

Basically you never get the opportunity to even get Banette out. We were not playing Poké Blower +, but I suppose if you played it, then you would have the opportunity to Knock Out Mewtwo before it levels up and could probably win. Otherwise there is little you can do. Of course this is only against SP where Luxray GL LV.X can gust up your Shuppet; anything else with Mewtwo would not have such a detrimental effect.

Dialga G LV.X is a problem because it is resistant to Psychic -20, shuts of Mr. Mime’s PokéBody, and can do “Deafen”. “Deafen” is going to prevent you from attaching PlusPowers and Expert Belt, so Shuppet will only be doing 10 per turn to Dialga. I guess you could try to get Banette PL out and do maybe 40 a turn instead, but regardless the SP player can easily Poké Turn Dialga once it’s damaged and you are never going to get a prize from there on out.

So in all, Shuppet appears to be shut down pretty badly by those two cards if SP is playing them, and usually they will be playing one of the two. As for other matchups, I’m not really sure how Shuppet would fair. I have a feeling that it would not do too well against Flygon though.

We also tried a Kabutops / Omastar deck out…to be honest it was pretty terrible. Kabutops is bad because it only does a max of 70. Even though it only takes 1 Energy, Kabutops is not the easiest Pokémon to get in play. The effort it takes for a max of 70 just doesn’t cut it. Omastar is better though, it might be worth tinkering with. I would focus solely on Omastar and just getting tons of Fossils in the discard. I actually think that might be a legit deck, but forget about Kabutops.

If you can get 8 Fossils in the discard and have Expert Belt attached, you will be doing 130 for 2, which is going to 1HKO a lot of Pokémon. Omastar will probably be 2HKO, so if you can just keep the Omastars going you might be able to overwhelm your opponent. We were thinking of maybe using Chatot G and Mr. Mime in the deck, so early game you could grab Fossils and Rare Candies then stall with Mr. Mime. Spiritomb would probably shut the entire deck down though.

I am really not sure what any of the decklists were that we played with, Ian just threw the decks together and it was late at night so I wasn’t paying very close attention to the contents of the decks. Everyone bug him to post the decklists, at least for Shuppet. :p 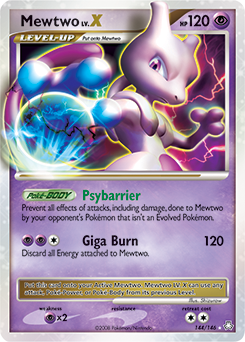