“Fossil” seems to be a word that immediately causes Pokémon players to run away in fear. In fear of what? In fear of a lack of Trainer cards which apply to fossils. In fear of a Trainer lock from the new Spiritomb. In fear of a primarily Stage-2 deck that requires much support and time to set up. Well, the Arceus set brings two new fearsome fossil fighters that will transform fossil decks from inevitable failures to ultra-powerful victories. The key lies in speed.

Kabutops, new from the Arceus set, has been hyped slightly over the weeks prior to its arrival. What is getting Kabutops attention is its Primal Scythe. For a single F Energy, it does 20 damage. If you discard a Helix Fossil, Dome Fossil, or Old Amber from your hand, that damage is increased to 70, taking Kabutops into the realm of those Pokémon that can get a potentially game-winning KO on their first turn. Dome Fossil even gives it a hand in getting set up on the game’s first turn as its Poké Power lets you evolve into Kabuto when you attach a F Energy. Kabuto from Majestic Dawn has a useful Power, benching Fossil Basics for you if you can flip heads and thus allowing you to get around a Trainer lock.

So what should be in a deck to power up Kabutops other than his own supportive family? Obviously it should be assisted with Arceus set Aerodactyl so you can search out a fossil card and put it in your hand. This also allows for Old Amber in the deck, available for discard to maximize Primal Scythe. Warp Point should be added, as it can be a game changing alternative to retreating using a high Retreat Cost. Since you will use Primal Scythe, which costs 1 F Energy, more than Kabutops’ other attack, you will need F Energies, but only a few, maybe 4-8.

One of the biggest issues with fossil decks is the lack of cards that let you search for fossils. For that, you need Fossil Excavator, which is a key card in any fossil deck. You’ll want four of these in your deck to maximize support.

As long as you have Kabutops and Aerodactyl, why not have Omastar? The Omastar from Arceus is actually ideal in this deck, seeing as Omastar’s attack does more damage based on the number of fossils in your discard pile. The Omanyte from Majestic Dawn would probably be better here than the Arceus one, seeing as Majestic Omanyte has a Poké Power that lets you place fossils from your discard pile onto your bench, avoiding a Trainer lock. This also incorporates Helix Fossils into your deck, making it even easier to get the bonus damage from Primal Scythe. You shouldn’t have to base your deck around Omastar, though; you will only need to throw 1 or 2 W Energies in your deck.

Although Kabutops is the new card that makes fossil decks playable, it will not be your main attacker. Who will be, then? Rampardos, from Platinum. This card is undoubtedly the best fossil Pokémon around right now. The stats on this Pokémon are amazing. A Poké Body that doesn’t allow the attack to be affected by resistance, or any other effects on the defending Pokémon, makes this thing dominant. This allows it to destroy all those Flying Pokémon that have Fighting resistance.

Then, you have an attack that is incredible; 80 damage for 1 F Energy! The only drawback is 40 self damage on a knockout. Finally, a 2 energy attack for 40 that reduces damage done to Rampardos by 20 until the end of your next turn, including self-damage from the first attack. This godly Pokémon is in every way superior on this individual card to Kingdra. You will want a 4-4-4 line of Skull Fossil – Cranidos – Rampardos, purely because this Pokémon is the best attacker out there now that fossils have become playable. As for Cranidos, the one from Mysterious Treasures is far superior to the Platinum one.

Now we get to the small cards, ones that are not are not part of the overall strategy, but assist in its support. Expert Belt would be nice to increase damage to 90 from Kabutops and 100 from Rampardos You’ll need 4 Bebe’s Search, 3-4 VS Seeker, and a few Felicity’s Drawing to discard fossils for Omastar’s attack. Broken Time-Space would be critical in this deck as well. Claydol probably should be played, with Baltoy (Great Encounters), Unown G, and Uxie.

Here’s what your deck should look like, with a few changes allowed depending on the player.

All comments and suggestions are appreciated! 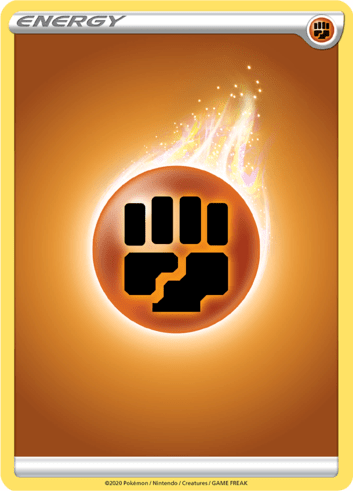