Hello everybody, I am here to talk about the deck I have been testing and dominating with. It is the deck known as Dialga G and Garchomp C, which is obviously another SP variant. Ok, so here’s the strategy:

First, you try to get your field full with Claydol GE, 2 Dialga G, 1 Garchomp C, 1 Bronzong G, and a supporting Pokémon such as Skuntank G.

Next you get 1 of the Dialga G active via warp energy or switch etc. This Dialga G should have at least 1 special M Energy attached to it. This way you can lessen the damage, if you’d like, also tech in the stadium Snowpoint Temple to make him more of a Tank and then, trainer lock the opponent and use poison structure if you’d like to do more damage. Try to level up into Dialga G LV.X. It will take away their Poké-Body’s and get more HP and try to add more special M Energy.

Ok, now the basic strategy after this is to warp energy Dialga G and send out Garchomp C. Now, switch the warp energy from Dialga G to Garchomp C and then, level-up Garchomp C to heal all Pokémon SP including Bronzong G which gets damage from Galactic Switch and either snipe down your opponent or use TGI Poké Turn to reuse Warp Energy to repeat the healing process! 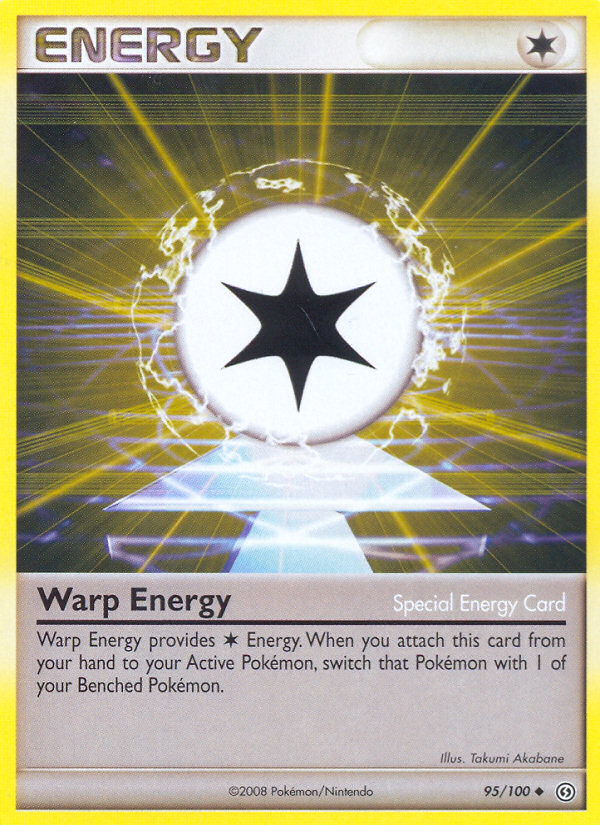 Snowpoint Temple helps make Dialga G a tank and Conductive Quarry helps get Special Metals out of the diiscard pile. I tech in Claydol because bench space in this deck is very limited so I can’t just drop an Uxie LA to use “Set Up” whenever I want. The Upper Energy is for Garchomp C just incase I need a surprise game-winning snipe. My trainer and supporter line is a normal line most people run except for the fact I have 4 Stadiums so the trainer/supporter/stadium count is 31.

OK, so some techs I didn’t include are:

1-1 Luxray GL LV.X (for gusting Pokémon to the active)

1 extra Uxie LA and a Uxie LV.X (I chose Claydol over Uxie LV.X because of limited bench space)

Well, if anyone has any suggestions please state them. And, if anyone thinks any techs that I did not use are better than the ones I did use, please Say So. Otherwise, Thanks for Reading!