So, no joke, I made my deck in the van on the ride there. Not kidding, no play testing or anything. I was fully expectant on going 1-4 because I had forgotten to think this out beforehand. I figured, and I’ll quote myself here, “Hey, Dialga/Garchomp’s been winning City’s right? Maybe I’ll throw that together, then”

We pulled into the library at about 1, couldn’t get started with registration until 1:30, because the librarian didn’t show up until then. Myself and a couple friends grab a bite to eat at Arby’s, and then go back to the library just as the roster is being posted.

We had a total of 22 Masters, including a number of well known names like spazcrackers (Brent) and Victor P. of the Georgia Marathon. Soon as I figured out how many good people were there, I figured I’d go 0-5, but apparently I accidentally built a very good list.

Round 1: Vs. Blastoise / Blissey

This is actually a mom of a PokéMom that normally comes to the tournaments because she loves to see her grandson play (he placed 2nd in Juniors, if anyone’s interested). Her deck runs on using Blastoise SW to load Energy onto Blissey MT, and use it to sweep. It didn’t especially work out well against me, since I was able to shut down her draw early on, and she couldn’t catch up to the KOs I was getting. “Remove Lost” sending her Energy to the Lost Zone didn’t help, either.

Round 2: Vs. Gengar AR / Spiritomb

It’s a hit and run deal, just like Gliscor/Spiritomb. Gengar uses Shadow Skip to move back to the bench, and you promote Spiritomb to Active. Nothing especially complicated. He gets a Spiritomb start, which messes up most SP decks, but luckily I got a T2 Dialga G LV.X, which nullified it. Once I started KO-ing things, he couldn’t really catch up. I won fairly easily due to Resistance and Special Metals.

I may have lucked out against my other opponents, but as I’m sure some of you know, you don’t get lucky against this guy. Another thing to note is that as soon as I sat down, he started psyching me out with his Santa hat. I knew I was in trouble. He gets a decent start to my terrible one, and misplay after misplay seals the game for him. Even with the matchup for Gengar being bad against most SP decks, he was able to win with smart damage placement and very tactical maneuvers. It was like chess, except I was fairly sure of what was going on.

Round 4: Vs. Gengar / Mightyena

The details of this game were vague, but I remember it being won by 3 Prizes. He never really got a chance to use the MightyTank combo, because I shut off his Body, and when he used Shadow Room + Poison Structure to KO an Azelf I moved up after a Warp Point, I used the Poison to nab a KO right back without Fainting Spell.

On the plus side, I knew I had an advantage here through speed and Power Spray. On the other hand, though, this guy is the same guy who was able to pick up a Dusknoir deck at City’s last year and win with it after not playing for months, at the very least. Uh-oh.

I play this match to my best ability, trying to stop him at every turn I could instead of trying to further myself. Since Dialga G LV.X shut off his body, he couldn’t use Salamence SF to get going early on. Once he finally got a Salamence SF with 3 Energy, and used Combustion on my Dialga G, I used my Garchomp C with a teched Lucario GL to one shot it with Dragon Rush. I then KO’d a Delcatty that moved up, and after that I sniped a Bagon with an Expert Belt for the game.

After swiss was over, we went ahead and did some stretching, since we knew we were here for another 2 hours.

The thing about Kingdra’s in my area is that people tech them like crazy, and it’s always interesting to see what they can come up with. She was using an Ampharos PL to shut off Gengar’s PokéPower, and Claydol to boot, with a Nidoqueen to ensure she wasn’t locked herself.

Sadly, neither Ampharos or Nidoqueen saw any play against me, though. I was able to start a Deafen lock with Galactic HQ in play early in the first game, and I Power Spray’d her Uxie drops. She scoops when it’s 4-2 into the first game, and the second goes no better than that.

I was glad this guy was the one who made it to finals. He’s a really great guy that’s fun to be around. There was really no other person I’d rather be playing at 1 AM.

First game was pretty much an extended donk. I got an opening hand of Lucario GL, 3 Poké Turns, and 3 Energy Gains. He took 2 turns to KO me with Dragon Pump.

Second game, was more of a match, though. We easily got setup (regardless of my Baltoy start). Then, it was a trading of blows. He got Expert Belt Kingdra rolling off the bat and started hitting for 60-20 because of my Special Metals. I hit him for 80 with Remove Lost. Eventually, Remove Lost won me the game because since his Energy kept ending up in the Lost Zone, he couldn’t Aqua Stream for very much. That, coupled with me Power Spraying his Claydol made him have few attack options.

In the third game, time was called about 2 turns in. First prize won, so I grabbed my Dialga G LV.X and hit his Kingdra that I had Second Strike’d last turn for the game.

The TO’s for being awesome people

Slops:
Horrifying starts that shouldn’t happen to anyone. Seriously, 3 Energy Gain? And I only run 3? Really? 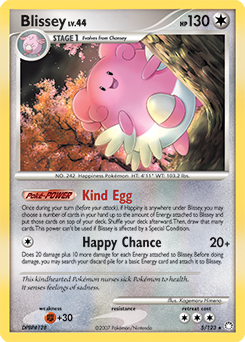