Hey 6p, nardd here with an introductory article to help kick-start my new project for the rest of the season- Porygon Z!

My plan is to master both the decklist and to discover the best way (for me) to play my favorite Pokémon, as well as dive right into the metagame and how it affects my deck on a competitive level. It would also be pretty cool to be known as “that guy that plays Porygon” :6 This article is more of an advertisement for my mini-blog I’ll be doing on the 6p boards, right under “Strategy (modified format)” in the “Competitive Deck Discussion” section, but don’t worry- I’ll be sure to put some useful info about the deck right here as a hook to get some people to follow my work on Porygon Z. I’m going to do my best to do as much play-testing and editing for my list as I can, of course giving updates on how it goes and why I make the changes.

Of course, (to keep myself somewhat humble) I’ll be accepting comments and suggestions in the thread in between posts, so you can follow along and help me master the virtual Pokémon and all of its subtleties. Don’t be afraid to disagree with what I do, as I also want to download some apprentice so I can take on any (and all?) challengers who want to help my testing with their “tournament worthy” decks. I want this project to be a WIP (Work In Progress) until it gets cycled out of the current format, and hopefully become something resourceful for anyone interested in what Porygon Z can do- for them AND against them.

So, onto the article.

First things first: My deck is going to be centered around the PROMO Porygon Z from the blister pack available back when Platinum hit store shelves (I’ve seen it at Target recently still if you want to pick some up) and NOT the Porygon Z from Great Encounters (GE). That Porygon Z is flip-based in its attacks, and it relies on discarding precious energy in order to do respectable damage. I don’t like either of those ideas, though quite possible with the cards available in format, so I only plan on testing one in my deck at some point as a tech against big decks that I have trouble with.

The big idea is to get a quick Porygon Z out on the field, ready to load up on Technical Machine TS-1 (TMTS1) and Technical Machine TS-2 (TMTS2) for 40 damage +20 damage for each attached TM using “Overload”. The maximum amount this attach can do is 200, which 1HKOs anything in the metagmae short of a Torterra with Shaymin LV.X in play and expert belt attached (220 HP wow). The nice thing about Porygon Z is its Poké-Power, “Install,” which lets you move around those TM’s to anything on your side of the field, assuming Porygon doesn’t have any status ailments inflicted upon it. This synergizes well with “Overload,” since you can calculate the exact amount of TM’s needed to KO the opposing Pokémon and move the extras to other Pokémon on the bench to (hopefully) protect them.

So it seems easy enough, right? Just get out a quick Porygon Z (easy) with two energy (double easy with Double Colorless Energy and/or Upper Energy) and then a bunch of TM’s (this might be difficult).

You have to start somewhere, right? Going from the top down, let’s take a closer look.

At 50 HP, you’re a little susceptible to donks from things like Sableye, Kingdra, Shuppet (what isn’t threatened by Shuppet first turn?), and anything else that can do 50 damage first turn. It’s not a horrible amount of HP, but it’s the only choice for the deck so it will have to do.

Colorless typing is pretty cool- you hit Flygon and Garchomp C for weakness (as well as the now rare Salamence), but on the downside Porygon has to hit through resistance against Gengar and the somewhat rare Dusknoir. We’ll talk about typing tactics later though :]

The first attack is what you would likely be using if there aren’t any better options turn 1. Reordering the top 3 can be game changing if you can force yourself to topdeck that Claydol for your next turn, or that key rare candy to get the T2 donk.

The second attack, “Sharpen,” isn’t much for 20 for two energy… horrible actually :P

Weakness to fighting isn’t going to affect you much T1, but I’ll get more to fighting weakness in general in a later post in my thread. No resistance is normal for a normal type nowadays, and a Retreat Cost of one isn’t horrible. It could be two.

Overall, Porygon is a pretty average basic Pokémon. It has a nice attack for helping yourself get set up (as you’ll find most of the Porygon line has), and it should make for a solid base to our little virtual friend.

Well, thanks for reading! I hope you continue to follow this project on the 6p boards as I continue to update on what I’m thinking and playing around with for my Porygon Z. 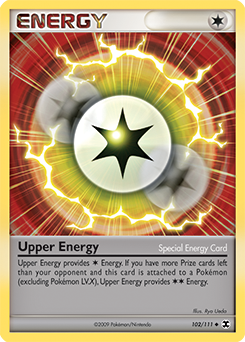