I came out of it with great pulls and had a great time (and an empty wallet).

Upon paying I received 8 packs and some sleeves and the prerelease Pichu. I then sat near I friend of mine and tore open my packs. I pulled Typhlosion Prime and Meganium Prime in my first 2 packs! I was so happy! I then opened the last 6. I pulled Holo Hitmontop, Holo Noctowl, Reverse Hypno and some basic rares and some uncommons and commons.

I quickly set up my deck and it turned out like this as I didn’t get the cards I needed to be able to use Primes:

When you take a look at this deck your first thought would be…hmm…looks okay, but I don’t think it will do too well. So let’s see how I did with it.

My opponent hadn’t turned up yet so I played someone in Juniors who didn’t have an opponent. I taught them how to play…I was nice and tried to lose but won anyway. LOL

This was a really fun match as it was so tight. I had gotten out Hypno, Azumarill, and Noctowl with Pichu asleep in the Active Spot. I was using Noctowl to boost my hand and I switched it out with Pichu when it woke up as we each had 1 Prize left. I damaged him, but he evolved out Blissey Prime! I thought “I’M SCREWED!”. It did 60 to my Noctowl and I decided to retreat for my Jynx. I then used Energy Switch and put a P Energy on it and used Lick, getting heads for paralyze. My turn came again and I did it risking everything on one dice roll with Lick…I got HEADS! I won the match on my next turn using one more Lick for the KO.

This was between me and a guy named Richard who was also competing for the 1st place spot with 2 wins and 0 losses. It instantly became a tight match when I had Hitmontop owning the field and ended up with 2 Prizes to his 4. He then played the dreaded Slowbro. It decimated 3-of my Pokémon, however I got it down to 10 HP. I played out Noctowl and Knocked Out his prize Slowbro. He drew a Prime, but I never found out what it was as he never used it. I then used Copycat which boosted Noctowl’s “Extrasensory” to 80 damage.

When I looked at Richard’s deck I was amazed he had Blissey Prime and Feraligator Prime in it. I thought to myself PHEW glad he didn’t get to play them.

This match was against my friend Alex.

We started off and he drew no basics so I drew another and played down another basic Pokémon. He finally got his hand and we began. Three turns later I won as I Knocked Out both his Pokémon using just Hitmontop and one fighting energy and getting 3 heads both times.

I had won the Masters and gotten an unbeaten streak. I received free 2 packs for participating until the end and I got a free folder for winning.

I then searched around and did some trading.

By the end of the night I had another Lugia bottom half, Ho-oh Top-Half, and all Primes except Donphan!

Overall I was really happy with how I did and looking back at when I saw my opponents decks after the matches I thought …hmm I’m very lucky getting the cards I needed when I needed them and that all my matches could have gone either way.

Let me know how good you thought my deck was and check out my YouTube at http://www.youtube.com/banditclay2 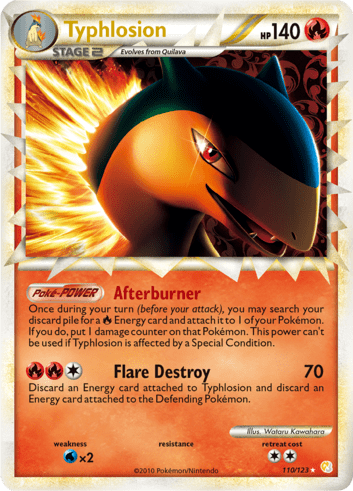