My name is Michael Tremere I am an old seasoned Pokémon player just getting back into the game on a full time basis, and now writing my first article. Along time ago when I played the game pretty much constantly a personal favorite card of mine was Pokémon Trader, a trainer card that allowed me to exchange or trade a basic or evolution card in my hand for a basic or evolution card from my deck. This card in itself for me made a lot of good things happen as trading in a somewhat useless card for a potential game winning evolution was vital for some victories.

The game went Trader-less for a while until the second set in the Diamond and Pearl block was released. Mysterious Treasures brought us the sort of reincarnated version of the Pokémon Trader in Bebe’s Search. Bebe took the Traders effect and made it so much better as now you could trade any card in your hand. For me and I am sure many of us this opened up a whole new world of possibilities as now we could trade and card that was just dead weight (e.g. A nights maintenance with nothing in our discard piles to target) for a Pokémon that could turn the game in our favor.

Now as we enter the HeartGold & SoulSilver era a lot of old favorites have returned in some way such as Double Colorless Energy and Professor Elms Training Method. However, once again I have found Pokémon Trader to be revived this time in Pokémon Communication. Pokémon Communication says I can choose one Pokémon in my hand and switch it up for one Pokémon in my deck.

So now the question becomes in a format where for a short time we have both Bebe’s Search and Pokémon Communication which is the better choice for your deck. Each card has differences to them in comparison to the other so I am going to go through them and see what we can come up with.

Bebe’s Search being a supporter means you can only play one per turn. This kind of puts a hindrance on the card itself as in the current format there are a lot of great supporters out there and only being able to play one per turn means you might not be able to get the combo you need to win going right away if you play it. The main perk to Bebe’s search is the fact that you don’t have to trade in a specific card to fetch a Pokémon from your deck as you need to do with Pokémon Communication.

There is little to no doubt that once the Diamond and Pearl sets are rotated out of our format Pokémon Communication will be a key card in all decks. The only real question now is for the little bit of time we have both Pokémon Communication and Bebe’s search Which will find spot in your decks. 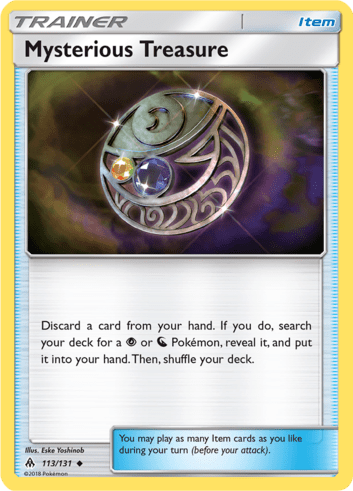