Editor’s Note: Sorry if this report is a little hard to read…Sergio’s native language isn’t English so I edited as best I could. -Adam

Hi everybody, this is Absolution (Sergio O.) and I want to share my recent tourny results with 6p community. At first glance the structure of my deck seems very inconsistent, and it is =P, but it was able to top cut and win. I hope you enjoy the read.

I wanted to play 3 decks which seemed to do strongly in other areas (USA and EUROPE) and at the Benelux cup, so I got the idea of playing Cursegar, PLOX, and the famous Luxchomp aka Lady Gaga. On Saturday morning (2 AM) I choose to play a mix of Luxchomp and Palkia Lock. So I restructured my Palkia Lock from Cities, adding DCE, a 2nd Luxray GL LV.X, and a 2-2 line of Garchomp C. I also used 2 Mesprit LA, 1 Azelf MT, and a 1/1 Palkia G LV.X.

Here’s how the tournament ran: there were 6 rounds plus top 8 cut, 32 tables for Masters, 3 for Juniors, and 2 for Seniors…

Rafael’s deck is very lucky based as he always features SSU, Lucian’s Assignment, and lots of flippy cards. On the very first turn of the game I opened with Garchomp C vs a little Trapinch on his own. He started and set another Trapinch and passed. I Cyrus’s for Energy Gain and Cyrus, drop Mesprit, attached DCE, Energy Gain and Eartquake for 50. Here’s where the magic comes…he plays Copycat for 5 cards, Rare Candies Flygon, plays DCE and Expert Belt. At this point I have nothing I can do…he KOs Garchomp, Palkia, and Luxray for the win. I really don’t know how he drew those exact 5 cards, but it happens.

He opened with Baltoy vs my Luxray GL. I went first, attached an Energy and passed. He used Collector for Bagons and Baltoy, played Rare Candy for Salamence SF, attached Expert Belt and used Psychic Balance. I set up a lot of basics and Trash Bolt. He realized to Candy for Sally and Combustion. My turn Cyrus’s, SP Radar for Lucario, Galactic Switch to Garchomp, retreat level up and Dragon Rush for 160. He drew into nothing after that.

Round 3 Vs Francisco A. w/ Gyarados

Gyarados is a headache to me, but I had a moment of thought and attached Expert Belt to Luxray GL LV.X… this plus Lucario is a win (drop a Mesprit preventing Flash Bites). We went 2-1 at some point as Gyarados is still being a monster to deal with. I thought I would lose this one, props for Francisco he plays very well.

He got a trouble getting set up. If he played Vulpix I just Bright Look it ASAP. 4 Prizes were too easy for me. He realized to build up a Typhlosion instead, but it was useless vs a lot of SP with healing engine, GG man.

He’s one of my closest playmates, I play with him every Saturday at the Starbucks Coffee or at any McDonald’s or restaurant we go. I know his deck well, he knows mine, I got better luck and that’s all. Good game Roger.

The edge match, top cut or not, this is it, mirror match, we decided to have fun. I ended winning, thanks a lot Argenis.

Game 1:
I was able to lock this game for like 3 or 4 turns via Lost Cyclone and Pearl Breath, but somehow, he Lucian’s Assignment a DCE from his Gardevoir to Gallade. End of the story, I had nothing to combat that great Pokémon.

Game 2:
I played quickly taking 3 Prizes and then time was called up on my turn. I was able to Bright Look his Gardevoir LV.X and Zen Blade to get the 4th prize clause. We were sent to SUDDEN DEATH.

Game 3 SUDDEN DEATH:
Epic! I started with Uxie and Garchomp C in my hand, so I just Psychic Restore and promoted Garchomp to Active Spot. His turn, somehow he candies again for Flygon, plays Cynthia’s Feelings for 4 cards, plays Expert Belt -_- and Uxie…drawing 5 cards hoping for his DCE. He didn’t hit it.

My turn, I Collector for my 3 Uxies, the first one got my Garchomp C LV.X, Crobat, Poké Turn, and Unown G, attached all of that stuff, Set Up again and there was the marvelous DCE FTW. He said what’s my next card? DCE he cannot draw it because he got a Pokémon reversal on his hand that cannot use, I shake his hand and laughed inside flippy cards and luck are just that, luck.

He’s our reigning national champion, and he’s been playing Gengar since he won with it, a lot of chatter Game 1 went like this…

I can’t do much on Gastly’s Pitch Dark, so I Collector for my 3 Pixies, set them and started to Bite Gastly. He misplayed trying to Pitch Dark once, to Psychic Restore once, and to Grand Swell once. Massive prize advantage for me winning 6-1, great game man.

Game 2:
I start, with lot of Pixies, he Shadow Room a lot and went ahead 2-4 on prizes. I got a Garchomp C LV.X guarded and time to flip comes…Dragon Rush for KO, Gengar flip is HEADS. Prizes are 1-3 and time is up, again 4th prize clause causes SUDDEN DEATH.

Game 3 SUDDEN DEATH:
I opened in hand with Uxie, Uxie LV.X and Lucario G and go first, so I Psychic Restore his Gastly for 2. His turn he was able to Flash Bite 3 times and set up twice (unbelievable) and he got the Gengar, but not the Rare Candy, so he and Hit and Run for 10. My turn Zen Blade my way to finals. =D

Game 1: I was able to build a massive attack force. Luxray GL LV.X with Expert Belt gets 3 Prizes, then he Flash Bite twice, I sprayed one, Super Scoop Up 2 times and got to Flash Bite again. This plus Expert Belt sweep the game. 0-1

Game 2: I get an early advantage from Downer Material stifling Sableye and fully build Palkia G. One of the reasons people hate Palkia is for its Lost Cyclone, and that was how I won. He was nervous of choosing his Pokémon to Lost Zone them. At one point he chose Crobat G, but he needed to Flash Bite again to 1HKO and wasn’t able to. A single Mesprit drop was all I need to stop Regice. Healing Breath works AWESOME with Palkia G LV.X. =) 1-1

Game 3: It’s an honor for me every time the game comes far as close to this, Miguel L. is one of the best players in México and it’s a pleasure to have an intense game with him…

He started via Overeager and Collector. I Mesprit drop, preventing Regice and Crobats, and Bite for 30. He plays Felicity’s Drawing discarding 2 Magikarp and Tail Revenges for 60. I Bright Look Sableye, retreat Luxray and promote the 2nd Luxray and Bite for the KO. He discards the 3rd Magikarp and Tail Revenge for the KO. He also KO’d my Palkia…time was called on his turn. He made many misplays trying to win. He drew a lot, but wasn’t able to get Expert Belt or Poké Turn (I had 3 Sprays in my hand so I Sprayed Regice and Crobat). He knows he would lose if he didn’t get those cards.

I was very nervous at this point. He ends his turn Tail Revenge for 90 plus 10 on Luxray GL LV.X. The last prize ended with Trash Bolt on Gyarados for 140…

I won states, unbelievable, I was madly excited, got my trophy and left with a great smile. =D 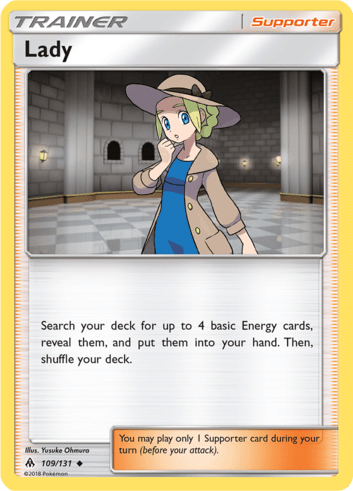