So this past weekend I won Illinois States and the weekend before I got 4th place at Missouri States. I figured I’d share with everyone the deck I used and explain a little bit about it.

You may take a look at this deck and think, “How in the world does this work, and what’s the point?” You wouldn’t be the first. The deck doesn’t have any inherent synergy or any special combo to it. This makes it seem a little weird, but let’s take a look at what some of the main cards do and it will begin to fall into place.

Gengar
This card is pretty well known. One Psychic energy to put 3 damage counters on anything, or 6 damage counters if that Pokémon has a Poké-Power. Fainting Spell, its own Poké-Power, lets you flip a coin when it’s Knocked Out and take a prize if you get heads. Free retreat, 110 HP both make this a solid card.

Garchomp C LV.X
For three C energy it can do 80 damage to anything on the board. Since this is an Pokémon SP it can also take advantage of Energy Gain, reducing the energy cost to two C energy. If only there was an energy card that provided two C energy so that you could power up Garchomp C LV.X quickly… (hint: Double Colorless Energy).

Honestly that’s really it. I wanted to give Gengar another shot in this format. Gengar is such a good card on its own, but it just doesn’t have the attack power to be a deck by itself. What I had found from previously playing Gengar was that even just a mediocre secondary attacker was usually enough to pull the deck through when the game got tough. That, and the fact that you can cram a ton of stuff into a Gengar deck, since it doesn’t require a whole lot of resources.

I also wanted to do something with Garchomp C LV.X and DCE. The two cards just seemed too good to not play together. I was exploring the idea of a donking starter that would benefit from DCE, like Ambipom G, but I didn’t know what else to put in. I realized that Garchomp C LV.X didn’t need a lot of resources either, so I decided to combine the Gengar and Garchomp C LV.X deck into one.

I now had a pretty amazing attacking deck. On the first turn I could do 60 with Ambipom G, even before they got a turn. I could put 6 damage counters on anything that had a power, anywhere on the board. I could near instantly do 80 damage to anything on the board. I could attack anything, with either damage or effects, very quickly and with very little setup and energy. I found through testing though, that the Ambipom G weren’t needed, and thus they aren’t in the final list you see above.

The deck is very fast. Mostly because at any given point in the game you only need half your deck. It’s not necessary to have both Gengar and Garchomp C LV.X out at the same time. Just focus on whichever one you need for that match. The rest can be shuffled back in with Claydol or Pokémon Communication. Most decks have complicated strategies that rely on many different Pokémon to be in play together. With Gengar C, you just pick and choose what you get out.

You also win differently. Sure you take all 6 Prizes just like any other deck, but it’s the Pokémon you focus on that’s different. Most decks focus on taking out the opponents main attacker so they have nothing to retaliate with, but with Gengar C you just Knock Out anything you can attack, which is everything. Most of the time there are enough Uxie, Azelf, Claydol and other 80 HP or less Pokémon out, many with Poké-Powers, that you can take a prize every time you attack.

Sure you’re not hurting the thing that’s attacking you back, but you’ve put your opponent on a clock. They have to win the game in 6 turns or else you’re going to take all your prizes. Another reason you don’t have to always worry about the defending Pokémon is the you have Gengar’s Poké-Power, Fainting Spell. While you’re hitting their bench, they’re probably just hitting your active.

If that active happens to be a Gengar, then you’ll probably get to flip for Fainting Spell when it gets Knocked Out. Thus you could get even more prizes and even take out their attacker, all without attacking it.

There are plenty more tricks and details to the deck, but that’s a basic overview and a copy of the list I won Illinois States with. Feel free to discuss matchups and ask questions, and I’ll interject where I can with my own insights. 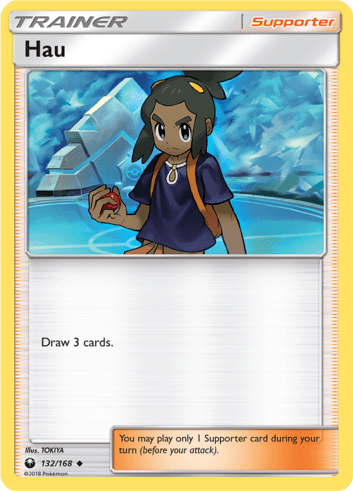