Hello everyone! It’s been a while since I have written anything for this wonderful site, and I wanted to share my insight on my recent experiences at States and my thoughts on Jumpluff and why it is such a good deck.

I attended 2 different State Tournaments this year, where I went 4-2 (12th place or so) and 5-2 (5th place) both with Jumpluff. Out of my 4 losses, I can attribute all of them to bad luck/lack of practice, where as my 9 wins were mostly all games where I got the usual Turn 1/2/3 Jumpluff and was simply way ahead when my opponent’s had something set up. I didn’t do better than Top 8 in the last one due to my own fault. Here’s how the Best of 3 match went:

I was facing a Garchomp/Metagross (Magnetic Reversal) deck. Game 1 I started way ahead as usual, but when I played down Giratina PL to shuffle our respective hands and what I thought would ‘seal’ the game in my favor, actually turned out counterproductive and that is where the game turned around. He managed to build up a Garchomp as his ONLY Pokémon in play, so while I could at best 2HKO, he could 1HKO anything I had in play.

By the time this happened, we were 2-1 in prizes in my favor, BUT I had run out Jumpluff’s. In this 2 turns I was not able to find a Multi Energy or my Night Maintenance to build up another Jumpluff or attack with Luxray GL LV.X and so I lost a game I should’ve easily dominated. Game 2 went the exact same way and I struggled to build a 5th Jumpluff but when I did I won, and finally in Game 3 in Sudden Death I lost due to a crappy starting hand against his god start.

In my best days, I would’ve never let myself lose Game 1 the way I did. I think what differentiates a good Pokémon player from a great one, is the ability to be able to plan ahead for most of the possible scenarios until the game ends. I obviously am far from my top skill level, as throughout Game 1 I must have drawn into Night Maintenance a lot of times but I never figured I’d need more than the 4 Jumpluff’s since I was dominating the game so badly. I got cocky and never planned ahead more than the turn I was currently in, so it cost me a trophy and a better showing at States where in previous years I had won them back to back.

I think planning ahead and anticipating your opponent’s moves is one of the most important skills a Pokémon player needs to be really successful in Pokémon. Always planning from start to finish, how to beat your opponent, what will he be doing during his turn and how you can counteract that, and keep re-evaluating your strategy to ensure you will win no matter what.

Now as far as Jumpluff, I chose to use this deck because I figured it’d be the best ‘autopilot’ deck for me as I hadn’t practiced at all in a really long time. I was sorely mistaken though, because in game decisions of whether to use Mass Attack or Leaf Guard, or who to Bright Look with Luxray GL definitely require a lot of thinking and game state analysis. I realized that my idea of ‘autopilot’ was not applicable here.

The deck is so versatile and Luxray gives it so much depth and threat capabilities that I consider it (from my very limited testing and opinions from other people) the best deck in the format right now. It’s not heavily power reliant, there is no deck out there right now that can really function properly without a sizable bench, with a consistent build can have Jumpluff attacking at max power since Turn 1, amongst other factors. The only downside I see for Jumpluff is the fact that is has so little HP for a Stage 2, but its speed and 1HKO potential really compensate for this.

Before States I wanted to really convince myself I was making the right choice with Jumpluff but since it was too late to do some actual testing, I decide to start keeping track of initial hands and how often Jumpluff would be out and ready to attack by Turn 1/2/3. Here below is an image of the Excel file I used and the results obtained:

So with all of this in mind I have set myself the goal to improve using this deck to its maximum capabilities and hopefully do well enough with it at Nationals to earn me the trip, as it’s my only shot at going to Hawaii. If I miss it’ll be the first World Championship I do not qualify for out of the 6 that have been held so far.
Hope you enjoyed reading, and I’d love to hear all the feedback on Jumpluff from the 6p community! 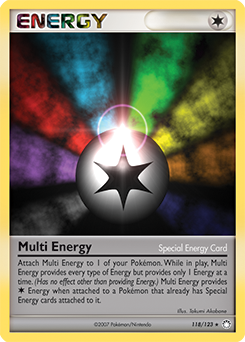