Editor’s note: Sorry for not getting pictures inserted yet. I’ve been busy, but wanted to make this great article was at least visible to everyone. Will add pictures later. Enjoy! :)

This is basically the epitome of SP decks currently due to a relatively large damage output, a gust of wind to pick on weak basic Pokémon, and a sniper that can ruin Claydol’s day. There are a surprisingly large number of players that do not recognize just how closely related BlazeRay, LuxChomp, and the less popular BlazeChomp really are. When you get down to the fact that they are all, for the most part, just a small change in the Pokémon line, it makes sense that they can be considered as one archetype.

Since I have only ever seen even one efficient build on any of the 5 different websites that I go to, I have decided to go ahead and explain this deck to the best of my ability to the rest of you. Now my article is going to be geared to those who already have a general knowledge of how the deck works, since I am a fond believer that anyone who doesn’t already know that should stick to some more straight forward decks, not one of the most difficult decks available, sorry.

Now this deck became what it did after the release of Supreme Victors at the start of this season and received another boost with the release of HeartGold SoulSilver which brought back Double Colorless Energy for the first time since Base Set 2. This has become a must in any deck that runs any size of a Garchomp C LV.X line in it allowing for a more spontaneous use of “Dragon Rush”.

As the name implies, this deck revolves around three of the most decisive Pokémon SP ever, Blaziken FB LV.X, Luxray GL LV.X, and Garchomp C LV.X. I have generally found that this deck consists of a 2-2 line of one of these, a 2-1 line of another, and a 1-1 line of the remaining one, and only a small change on the trainer and energy lines depending on which one you play. I am going to list a skeleton build for the deck and then tell you what should be added to get which deck as well as explain each of them.

This gives you a total of 52 cards with 8 empty spaces. 3-of those spaces are going to be used by adding in a 1-1 line on whichever SP LV.X you choose to be the focus, and another basic on the secondary one, while the third SP LV.X will remain as a just-in-case-its-needed card. You should also most likely add another basic energy of your choice as well as another Double Colorless Energy. But that still leaves you with another 3 spaces do whatever you wish with.

I choose to fill in the remaining 8 spaces with an additional 1-1 line on the Luxray GL LV.X and another Garchomp C, I also add in another Double Colorless Energy and a third L Energy with one R Energy. It’s from here that I start to personalize the deck a bit by adding in a second Premier Ball and another Crobat G because I find that they are easier to get when I have 2-of each in the deck, but for the last slot, I have chosen to fill it with a Chatot MD. My reasons for this consist of the threat of G&G’s return and the arrival of Sablelock, both of which excel at stopping the flow of cards to your hand.

Again, mostly the same as before except a 2-2 line on the Blaziken FB LV.X, 2-1 on Luxray GL LV.X, and a 1-1 on Garchomp C LV.X, and there basic energy is geared toward Fire instead of Lightning. I have also gone with the second Premier Ball and second Crobat G for the same reasons, as well as the Chatot MD again. but the difference that I make here is staying at 2 Double Colorless Energy and instead adding in an Expert Belt.

I have found that the Expert Belt makes the Jumpluff match up easier since it allows to just use “Vapor Kick” for the 1HKO unless they are belted or used “Leaf Guard”, but a “Flash Bite” from Crobat G will take care of the Belt and “Jet Shoot” can deal with “Leaf Guard”.

This is a deck that a friend of mine showed me recently when he was looking for a fun deck to play with, and in all honesty, it actually played pretty well. The changes made here is a 1-1 line of Garchomp C LV.X, an additional Blaziken FB, and second Crobat G and Premier Ball, 2 more Double Colorless Energy, and an Expert Belt. This deck has some overall fairly average match ups, I wouldn’t recommend it in a high Gyarados and LuxChomp meta region (which is pretty much all of them), but it definitely makes for a great league deck.

I think that this one is a straight forward SP decks come since it just focuses on a larger damage output than most other ones, which can make it a good place to start for someone who’s trying to learn as to how to play SP’s. 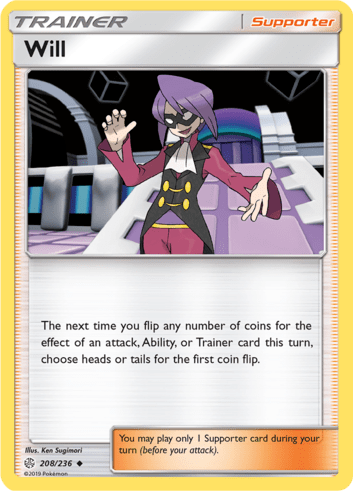