It’s a nice cool Saturday morning. I had just been up until 4am because for some reason, I decided my Garchomp SV just wasn’t cutting it. So I built a new deck. Slept for an hour, woke up, tweaked it here and there with my friend Michael before settling on a first try. Without playtesting or anything, I took this deck to battle roads. Eek.

Anyway, our other friend finally gets up, and we head out. There was a decent amount of people, 13 Masters, just enough for a whopping Top Cut of… 2. Anyway, on to the report.

I had played this guy for fun when I arrived at the tournament, and it was a decent deck. Rogue, but decent. Sadly, he had terrible luck with 2 Uxies, a Rosie, and a Claydol all prized and couldn’t get set up.
1-0

This guy I was worried about a little bit. My friend beat him, but I’ve never beat an SP deck so yeah, I was a little nervous. I got the prize lead, he caught up and got one ahead by taking out my belted pokemon. He spends most of the game luring flaming my Claydol while I return it to the bench anyway. I catch up and the prize count is me 1, him 2. He luring flames my Claydol, I Warp Energy, promote, and Knock Out his Blaziken.
2-0

This was the matchup I’d been worried about all day. My friend Michael had made a beastly deck and now I was up against it. Needless to say, he won. Won’t go into detail because I don’t think he’d want me to talk about his deck, ha.
2-1

We both start decent. He gets a Gliscor set up, but as soon as I take it out with my Crobat Prime, he can’t get anything set up. This game, like the first, was a game I didn’t feel so happy about winning, but I took the win none-the-less.
3-1

This completely shocked me. There was a kid who went 3-1, lost his last match, which as far as I know takes priority, but somehow, via resistance or something, I get placed 2nd and get to play against Michael again.

I’d delve into detail, but there’s a video along with a report by my friend Michael, so I’ll leave you with that. And the information that I indeed lost, getting second at battle roads. 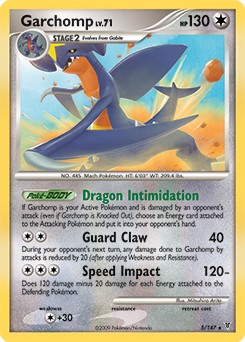