Anyway, this year was the best and most productive year I’ve ever had playing the TCG and I loved every moment of it. I made a lot of friends, beat the 31st ranked player in the country in the first game of the season, and had a very good showing in my first year of Masters. I also made my first successful rogue deck and took it to States with a 6-2 record.

Since I knew this was my last tournament for the 2009-2010 year, I decided that I wanted to play a new deck. Donphan was great but it just doesn’t have the matchups I wanted it to because of its type and weakness. The only other deck I had played all year was Speed Gengar, but I wasn’t very convinced that it could cut it in the current metagame (it has lots of problems against SPs). So, I looked in my binder and I had everything to play Cursegar. I made a quick list and fell in love with the deck.

pokemon-paradijs.comLocking is one of my favorite things to do, but Cursegar has a good balance of locking and power. I knew that my metagame includes lots of Gyarados and Jumpluff, so I had to run double Mimes. I also thought that Mewtwo LV.X. X would be a good idea because I see tons of SPs in the area, even though I don’t play against a lot of them. Anyway, I hammered out my deck and I was ready to go.

On the way to Tecumseh, I got a text from my mom (well, my dad did since I was driving and I don’t text and drive) saying that they had changed the venue. Turns out that they double booked the Scout Cabin where we usually have our events, and of course, the Pokémon Tournament was the one given the lower priority. Whatever.

I got to the venue to find out that I couldn’t get my hands on another Moonlight so I was only running 2. I dropped the proxy for a TSD and registered with about 30 seconds to go. They extended registration because of the location mix-up so it wouldn’t have mattered anyway.

I had a really weird start I’d never had before. I had the lone Mewtwo start with 2 P Energy and a Call. I went first and Called for Baltoy and Gastly. He has a good start but can’t attack. I attach another Psychic to Mewtwo and Bebe’s for a Claydol. He gets a Delcatty setup and a Blastoise and attacks for 40. I decided to go for broke and attach the last Psychic to Mewtwo, Bebe’s for Mewtwo LV.X. X, Rare Candy the Gastly into a Gengar AR, use Gengar’s “Curse” to move a Damage Counter from the Delcatty to Blastoise, and attack for 120 and the KO.

He was pretty much in shock at that point, but he still gets another Blastoise set up. Anyway, I Moonlight into Gengar SF and Shadow Room a Blastoise to death with the help of Crobat G. I get a heads on the Fainting Spell and bring up my fully charged Cursegar. He discarded almost all of his recovery cards, but my Spiritomb wouldn’t have let him play them anyway if he had them, so he loses.

pokemon-paradijs.comScott’s a cool guy, and we’ve only played once before. His son has gone to Worlds several times and got T8 at Nationals last year. Usually, Scott doesn’t play the top tier decks but he still does very well. When we sat down, he said I was going to laugh at the deck he was running. He started with a Roserade and I kind of confused because some of SP decks are starting to run Roserade in order to lock Spiritombs in the Active Spot.

Anyway, that’s what happened for the first 5 turns or so while he got 2 or 3 easy knockouts on Spiritomb while I built up a Cursegar. I put down a Mewtwo because I suspected that he didn’t play any evolved Pokémon and I was right. The TSD helped me to recover my Spiritomb which kept the lock up for another turn until I got the Mewtwo LV.X. X out. I got the win because I had a lot of options with a fully charged Mewtwo LV.X. X, SF Gengar, and Cursegar. Very interesting deck.

I hadn’t really tested this matchup, but I knew that the Luxray really made it unfavorable. I knew the easiest way to win was Uxie/Crobat G against a lone Hoppip, but that didn’t happen. I was going to have to out think him to win this. He opens Crobat G and something to my Gastly. I remembered the Trick Gas into Spiritomb trick that I learned from my testing on Redshark and it came in handy when I didn’t have Moonlight. Anyway, he was able to use Luxray to bring up and one shot my fully powered Cursegar with Jumpluff. I whiffed twice on Fainting Spell which could have made it close, but Luxray gave him the game.

I was downpaired for the second time today which really put a damper on my hopes of making top cut. I’d never seen this guy before so I wasn’t sure what to expect. I had a Spiritomb start but because I couldn’t draw into one of the four Roseanne’s I play, I couldn’t get Gengar out and powered until turn five or so. He had taken 3 Prizes at this point and I knew I had to get something going now. With the use of Expert Belt and “Curse”, I could get knockouts on Jumpluff every turn. I used Mr. Mime to wall, but he Knocked Out one of them and was able to get around the second one with Warp Point. However, the last one was prized for him, and I was able to knockout all of his Jumpluffs before he got the energy on them.

I checked the standings and was 8th, the 6th seeded 3-1 out of 7. I knew it would happen after two downpairs, but I still wasn’t very happy about it. Oh well, I still had a lot of fun. Would Donphan have been the better play? No, I probably would have done even worse because Jumpluff and Blastoise are very hard to win with Donphan (even with Luxray).

Props:
Aaron for winning Seniors (It seems like I say this every time I write a report xD)
Cursegar for being very consistent, even if it’s not the fastest
Seeing two Donphan decks (I consider it my baby :D)
The guy I loaned a Poké Turn to was in the Top 4 (I still need that back BTW)
A great season of Pokémon and my best rating of all time (1722 before this tournament is entered)
Scott for winning 2 games with a crazy rogue deck

Slops:
Sour Grapes
Down pairs
Opponent in Round 4 for complaining about Mr. Mime’s body being cheap to his friend right next to me after the game

Now, I will leave you with something I usually don’t do. This was my decklist I played at this tournament. It isn’t the greatest, and I don’t recommend playing this exact list if you want to run it at Nationals or something. However, it is a decent list to start off with and change to fit your own personal preferences and the decks you expect to play.

For the record, Baltoy SV is for free retreat from Moonlight Stadium.

PS : I would not recommend dropping the Warp Energy for any reason. You can use if your Spiritomb gets Chatot locked, or just if you can’t get out a Moonlight.

Thanks for reading! :D 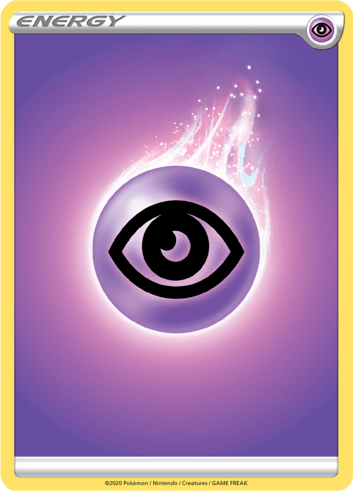