With Undaunted pre-releases coming to a close this week, I thought I’d take a look at what I think are some of the best cards in the set, as I did for Unleashed. Please keep in mind that all of these thoughts are based on an MD-on format, as that’s the only format these cards are going to be legal in.

I know a lot of people hate the Legend theme, and I don’t necessarily disagree, but this is probably the best legend we’ve gotten outside of ERL. Certainly all of it’s attacks are ridiculously expensive and partially luck based, but that’s what we’ve got Legend Box for! I don’t think this is going to become an amazing archetype, but some friends have built a fun deck with it already and it seems pretty neat.

This is a card that I’m pretty in love with, but I’m enough of a realist not to get too excited about it. 100 HP is low for a M type, but it gets a boost from special M energies, Expert Belt, etc. It also shuts down Garchomp to an extent, who I believe will still be a huge player in the 2010-2011 format. It’s not proven or tested, but I think it could turn out to be something great.

This is a SUPER underrated card. I could easily see a few Dark decks (Maybe Sablelock even) fitting this in just for the ability to grab Special Darks at will. It’s not going to be format breaking, but I don’t see this card getting any hype and that disappoints me.

I’m sure there’ll be a lot of people who disagree with this placing, but I think it’s justified. Not that I think Vileplume is a bad card, I just think it’s a bit overhyped. I’ve yet to see a list that can:

Although I totally admit I just may not be as in the know as some people. Either way, I’ll believe it when I see it.

As with Unown D, I feel this card isn’t getting the love it deserves. Drifblim have almost always been very interesting if not completely playable cards, but I think this one breaks the streak. It KOs Mewtwo for PC (which can easily be done in one turn with Galactic Switch), and for only an additional C it’ll get ride of pesky tanks like Dialga G, Tyranitar, Steelix, Regigigas, etc. I’m a proponent of always having a Mewtwo counter and I think Drifblim could be a fine one.

Let me be the first to say that I don’t think this is all that great of a card at all. In a format based around 1HKOs this probably isn’t going to be very solid. However, there’s not many trainers in this set so hey I do what I can.

Again, when we have Palmer’s I see this card having pretty much exactly 0 impact, but I guess if you don’t have access to a Palmer’s its okay. I debated between this and Burned Tower for a while, so don’t kill me please.

This is an interesting card. It was hyped hard by a few people, deemed terrible by a few others, and ignored completely by the large majority. After looking over the format and studying the card, I have to say that it probably won’t get played in most decks, but will be played, and will succeed in decks that focus on donking or rushing. Decks like Shuppet will love this card, and certain Machamp builds will as well. Definitely not universal, but it has it’s uses.

It’s the first bit of Legend support we’re seeing and with the better Legends coming out in a matter of months I expect it to see a decent amount of play. I had a discussion with David Cohen (2nd Worlds 09 Seniors) about this card in which he said that it would be one of the first cards he’d cut in Legend lists, and I’m not sure how much I agree with that. Again, not universal at all but where it works it works.

Ooh boy am I high on this card. Almost all of the big decks right now run some kind of special energy, and because I don’t see the format changing all that much from now to September, I think this will be a super useful card. It’ll probably end up being the 61st card in a lot of lists, and maybe I’m just overhyping it a bit, but I know I’m going to try and fit this into my LuxChomp, and any Steel/Dark decks that require specials as well.

Overall, I was pretty disappointed with this set. We got a handful of good cards, and out of that handful only a small number will be used universally. This sets limited is also some of the worst we’ve gotten in a while, although I’m not sure how many care about that. In the end, I predict 1-2 cards will become near staples and almost everything else will be left by the wayside.

Lemme know what you think! 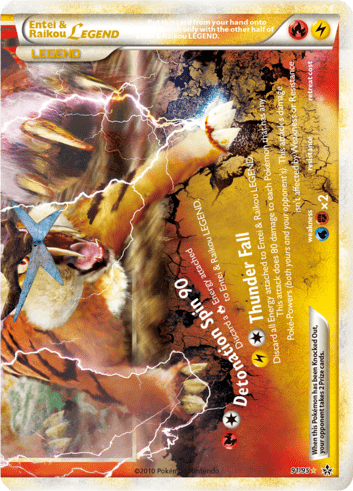