With all the Twilight hype these days, it’s time we Pokémon players got in on the blood-sucking action. I’m not talking about looking like some of the Silent-Sam opponents you’ve played against who might actually be vampires. I’m talking about givin’ a little luv it up for our little bat-buddy Gliscor.

Not sure why, but I’ve always had a special 2-fanged place in my heart for this guy. He’s definitely not cutest or cuddliest Pokémon, but he’s always been so dang interesting! In this article, we’ll look take a look at what makes this little fella tick and why he might do well with a VileTomb trainer lock deck (which, if you haven’t noticed by now, is way over-hyped- at least by me).

WARNING: For all you die-hard Pokémon players who live solely for deck strategy articles- CONTINUE AT YOUR OWN RISK. Recent studies show that 9 out of 10 players like these experience extreme bouts of rage followed by uncontrollable urges to reply with snippy posts. Should you begin to experience these symptoms, skip this section IMMEDIATELY and consult your nearest anger management professional.

For everyone else- there is quite a bit about this Gli-guy that you probably don’t know, but that’s about to change. To find out about this bat-brained Pokémon, I consulted my son Nicholas who has practically memorized his 2007 Pokédex (he’s an avid Pokémon DS player as well). In addition, I did some Roseanne’s Researching using Bulbapedia and the ever-reliable Wikipedia. Here are a few tantalizing nuggets about our fanged fiend, I mean, friend:

It can only evolve up at night while holding a razor fang, so make sure to plan your tournament schedules accordingly.

It observes prey while hanging inverted from branches. When the chance presents itself, it swoops! (Note: Please don’t try this at home)

If it succeeds in catching even a faint breeze properly, it can circle the globe without flapping once (talk about aerodynamic!)

Its flight is soundless. It uses its lengthy tail to carry off its prey… Then its elongated fangs do the rest. (This actually sounds a little creepy to me- perhaps someone who understands Freud can tell us what the writer REALLY meant by this)

Now, at this point, you are probably asking yourself 3 important questions:

Sadly, I don’t have good answers to these questions. SO…let’s just skip down to our next section.

Let’s now take a look at the core cards that make this deck work:

Gligar is the basic form of Gliscor. You actually have 2 good choices here, but I am leaning more toward the Undaunted version over the Legends Awakened one. Gligar UD has a healthy 70 HP vs 60 and also has an attack called “Stun Poison” which, for 2 energy, can deal out some nice damage with a coin flip paralyze effect. Not likely to use often, but this card came in very handy for me at a pre-release tournament at Six Feet Under in PA.

There are actually several options for Gliscor, but I’m going to focus on using 2 that I think have the most potential and synergy in the current format. First, this deck needs 2 Gliscor LA 5 which have a couple of great attacks. The first, “Burning Poison”, let’s you poison or burn your opponent and also the option to return Gliscor to your hand. Its second attack “Pester” can do up to 80 damage if your opponent is affected by a special condition.

Undaunted revealed a new Gliscor that opened up even more fang-bang power options. Its “Ninja Fang” attack does 30 damage and paralyzes your opponent’s active Pokémon if it didn’t have damage counters on it. We’ll look more at this guy in the strategy section below.

Finally, you gotta have Gliscor Level X . He has an incredible Poké-Power called “Shoot Poison” that lets you Paralyze and Poison your opponent when you level up. It also has a nice switch attack called “Night Slash” that does 60 damage for 2 energy.

Of course, you will need your Spiritomb and Vileplume build to keep the trainer lock on which will be really important for the paralyzing effects described below. In addition, you will need Uxies for setup abilities.

Some other key techs are Azelf for Prize searching, Unown Q for retreating, and Uxie for setup. A few other options are Skuntank G, Regice, Ditto, and Shedinja.

Now, how exactly does this deck work, besides its sheer intimidation power when you level up to Gliscor X? The ideal start would be with Spiritomb and Call energy to set up Vileplume and Gliscors. Then, you have several choices how to play:

Shoot Poison Lock Strategy. The most common strategy for this deck is to keep a paralyze lock on your opponent. To do this, you have 2 Gliscor LA in play and the Level X in your hand. Each turn, you level up Gliscor LA, Shoot poison, and then use Gliscor’s “Burning Poison” to return Gliscor and the Lvl X to your hand. Next turn, drop Gligar and Gliscor right back down on your bench with BTS and Level Up the active Gliscor. Rinse and Repeat. The only way for your opponent to break the lock is to 1) die (always a great outcome), 2) warp energy, or 3) evolve/level up.

Hard-hitting Strategy. Another way to play this deck is to use Gliscor’s “Pester” attack to deal out 80 damage. If you have Skuntank G on the bench and your BTS in play, you can do up to 90 damage with this attack and the Poison effect.

Ninja Fang Strategy. Another interesting twist on this is to use Ninja Fang attack, especially early game. Once Vileplume is set up, this can really slow down your opponent and let you get enough early damage on to weaken your opponent. Might be a option with Regice against SP deck to Ninja Fang a different basic SP every turn.

Switch Strategy. Another was to play this deck is to use Gliscor X’s “Night Slash” attack to hit and switch with Shedinja.

SP Builds. With the Trainer lock on, this deck can do very well, especially since Poké turns cannot be used to break the paralysis lock. However, a lot depends on what type of SP build your opponent is using. For Dialga/Garchomp, it will probably be better to hit hard and fast with Pester or Night Slash. For a LuxChomp match up, it might be better to keep the lock on for as long as possible.

Gengar Lock. This should be a fairly even match up as the trainer lock probably works more in favor of Gliscor than Gengar.

Some threats to this deck include Judge and Looker’s Investigation when Gliscor is returned to your hand; warp energy and evolving/leveling up to break the paralyze lock; and resetting the Gliscor lock if one gets KO’ed.

It’s a New Moon for Gliscor, so don’t think all Vampires Suck just because the movie does. There are lots great options with this deck which makes it a cool option to play. Thanks for reading!

My sons helped me come up with a few great ideas to play your Gliscor deck with some swagger: 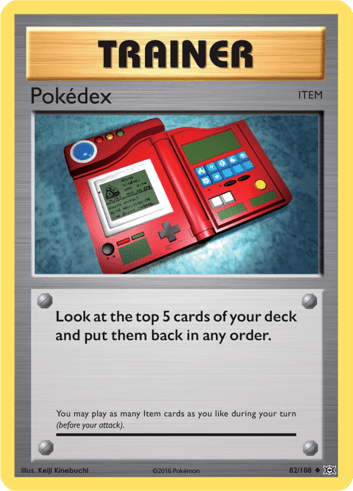