This is my first article on SixPrizes.com, so bear with me. You may not agree with everything I say, but I’m always open to any comments or suggestions. I hope you guys like it.

Since the release of Undaunted there have been a few cards that have had an impact on the current format. One card that caught my eye was Combee. Now at first glance it may not seem that great. 30 HP leaves it open to getting donked and its attack “Enraged Assault” only does 20 unless you have a Vespiquen on your bench with a damage counter on it. Once you do, it then does an additional 60 damage and it poisons. Some may feel this set up may take too long and just doesn’t work in the current metagame, but I think it has a chance. Let me explain why:

The MVP of the deck, an opening with this little guy is your key to success. Not only does he have the potential to donk with his attack “Overconfident” if you have a Special D Energy, hitting for 50 on your very first turn, but his second attack lets you get the set up you need. “Impersonate” allows you to search your deck for any Supporter card, discard it and then use the effect of it as the attack. This allows you to get whatever you need and be able to use it right away.

This works wonders with Pokémon Collector to let you get 3 Basic Pokémon from your deck and put them in your hand. Depending on what you have already, 2 Combees and whatever else you may need at the time, are a perfect choice.

The deck’s main heavy hitter. It may look small, but it packs a punch. Its attack “Enraged Assault” only needs one C Energy to attack. This allows you to use pretty much whatever Energy you want such as; Call Energy, Warp Energy, Cyclone Energy and the upcoming Rescue Energy. With a Retreat Cost of one, he isn’t that bad. The only downside would be the low HP it has, but evolve this guy and put a Memory Berry Tool on him and you now have a high HP ‘bee’ast!

Vespiquen is the deck’s main key to hitting hard. You need to have one of these on your bench with a damage counter on it for Combee’s attack to have a high damage output. It has a few more important things going for it though. Now since you will be running two different variants of Vespiquen I’ll talk about them both.

pokemon-paradijs.comThe Vesiquen from Stormfront is the one you would generally want to evolve from and attach a Memory Berry to. Its Poké-body “Green Dignity” gives all your attacks plus 10 for every Grass type you have out when you are behind in prizes. This may happen a lot since your Combees have such low HP and may get Knocked Out early game.

But say you have two grass type on your bench and you’re behind in taking prizes, Combee’s “Enraged Assault” now does 100 damage plus poison for a total of 110 damage. This allows you to revenge kill most of the popular cards played in the format such as Garchomp C LV.X and Luxray GL LV.X.

The Vesipquen from Undaunted is pretty dull and doesn’t have much going for it. But it’s Poké-Body “Defense Sign”, is what makes this card amazing. “Defense Sign” prevents any damage done to your benched Grass type Pokémon. That means all your Grass types will be protected from snipers. The attack “Mach Wind” for a Grass and Double Colorless Energy isn’t that great, but attach a Memory Berry on it and you’re good to go. Although most of the time you will want it on the bench so you don’t have to bother with it’s insane high Retreat Cost of 3.

So you have the Vespiquen on your bench, your active Combee and you’re about to attack for huh? Only 20 damage? You then realize your Vespiquen on the bench doesn’t have damage counters on it. This is where Unown P comes in. His Poké-Power “Put” lets you place a single damage counter on one of your Pokémon. This now allows you to place one on Vespiquen on the bench and increases your damage output. Some people may like Rainbow Energy or using Galactic HQ to get damage instead, but I find Unown P to get the job done faster.

So your 30 HP Combee just got Knocked Out and you have a Pokémon Rescue, Switch, and an Energy card in your hand. This Trainer is great because it allows you to bring back quick Combees and put them back on your bench. If you have an energy and you have your damaged Vespiquen set up, you can now continue your assault of hitting for 80 plus poison right away.

Sure you may have a 30 HP Pokémon active again, but you’re hitting them for 90 total after effects so they will take a beating if you had already hit them on your last turn. Have these Rescues sitting in your hand and you can continue for hitting for a constant amount turn after turn. Another thing choice is Rescue Energy which will bring the Combee right back to you after it has been Knocked Out

This Pokémon Tool card allows you to attach it to one of your Pokémon and use the attacks from it’s Basic or Stage 1 Evolution card. This allows you to be able to use Combee’s “Enraged Assault” when you have Evolved into a Vespiquen.

I have seen other people build this deck with different ideas in mind. But this is the one that I like best. It’s fast and can hit hard. I think Shaymin LV.X Land Forme is just not worth the time or effort to try to get out. I have tested it and found it to just slow me down. Same thing goes for the “Sunny Day” Cherrim. But that’s just me.

You may also consider putting in two Snowpoint Temples to give your Combees +20 HP, this will make them a little bit harder to Knock Out but with so many SP decks going around, I wouldn’t recommend it. If we get the Trainer Card “Junk Arm” you will be able to discard useless cards from your hand and get back those Pokémon Rescues, but that’s just a thought.

I hope to see more people playing this deck. It’s very fun and requires some skill and thinking and that’s what I like. There are a few cards I plan on changing depending on what all we get next set, but this list works for now. I hope you enjoyed reading it. 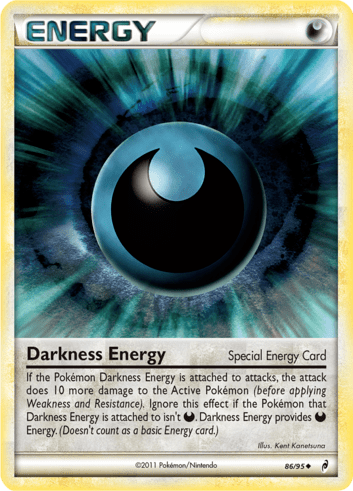