Things have been quiet the last few weeks, and I still have a few days before I go back to college, so I thought “What the hell, let’s write an article.”

What am I going to be talking about today? Well, I only know how to play play SP and I haven’t used a stage 1 or 2 deck in more than 2 years… so guess what? Yes, this article is about SP techs. Which are good? How do you counter that deck that’s annoying the hell out of you?

Here is what I think about them:

pokemon-paradijs.comWell, these guys are the most popular anti Garchomp counters in the meta right now. So, what do they do?

Ambipom has a decent 80 HP, a mediocre 1 Retreat Cost, x2 fighting weakness and two excellent attacks. The first, “Tail Code” for a colorless (or free with Energy Gain) lets you move an energy from your opponent’s the active to any other of his Pokémon. This is a great attack for stalling, and it goes really well with his second attack “Tail Snap,” 60 damage if the defending Pokémon has no energy attached.

This is great because after sniping, Garchomp C LV.X will often be left with no energies, making him vulnerable to revenge KO. This attack is also pretty good to start with and gets some cheap KOs on starters or even a donk if you are lucky enough to start Ambipom + Double Colorless Energy and go first. (I have done it quite a few times, it’s really priceless.)

On the other hand, Dragonite has a solid 100 HP, a heavy 3 Retreat Cost, x2 weakness to colorless, a great fighting resistance, and a first useful attack in “Mach Blow.” For 3 colorless (2 with Gain) Dragonite deals 20 damage, but if the Pokémon is SP, he deals 80 damage, effectively KOing Chomp, and most basic SPs like Luxray, Crobat and Blaziken. The second attack is worthless, so I’m not going to discuss it.

Now these two accomplish the same goal: Knocking Out Garchomp. So which one do you pick? And why?

On Ambipom’s favor we have the surprise factor and his superior speed (he doesn’t even depend on Bronzong’s power to set up in 1 turn, unlike Dragonite), while Dragonite has more HP, his attack deals 80 damage (the magic number to KO Pokémon SP) and a great fighting resistance that will prevent the revenge KO from Promocroak.

Considering this, I would say that Ambipom an all around good card because it’s still useful even in non SP matches, while Dragonite is a better option to in an SP match up (this being the reason I choose him), but both are excellent counters.

I tried to find another fighting Pokémon that could do the job of taking out Luxray GL LV.X in one turn, with 1 energy, but found none. Only Relicanth was close, but it needs a fighting energy, which would slow down your deck even more.

Toxicroak G Promo is a great counter to Luxray GL, has a decent 90 HP, and a little too high cost of retreat of 2, but compensates it with his Poké-power “Leap Away”. This power lets you toss a coin, and if its heads, you can recover Toxicroak and all cards attached to hit to your hand. His attack “Poison Revenge”, for a Psychic and Energy Gain, lets you hit for 20, and if in the last turn your opponent Knocked Out something, you hit 40 more and the defending Pokémon is poisoned.

There you have it, Luxray is out of commission.

I decided to put these two in pairs because they don’t really work otherwise, and they are both Machamp counters. The first “team” is Toxicroak PL and Skuntank.

The interesting part about this Toxicroak is his body, “Anticipation.” This body ignores all effects of attacks, except for damage, taking care of Machamp’s dangerous “Take Out” attack. Toxicroak’s attack, “Deep Poison,” for a Psychic and Colorless deals 20 damage, and if the opponent’s Pokémon is poisoned, then it deals 60 damage.

Here is where Skuntank makes his entrance, using his Poké-Power “Poison Structure” which lets you poison both actives (excluding SPs) as long as you have a stadium in play. Finally, you only need to drop Lucario GL to make Machamp’s weakness double, giving you a 1HKO.

pokemon-paradijs.comThis team does and excellent job at countering Machamp, and thanks to Toxicroak’s Body, it can’t be revenge KO’d (making the hard match up a easy win).

The problem is they are completely useless against other Pokémon SP, and they take 3 bench spaces to completely set up. Also, it’s practically impossible to set them up in 1 turn, losing the surprise factor.

The second anti-Machamp team is Uxie LV.X and Lucario GL. Uxie is mainly used for draw power, but there are certain situations in which his attack “Zen Blade” becomes quite useful.

Uxie LV.X can hit for 60 for 2 colorless, however, if you drop a Lucario GL beforehand, then Uxie will be hitting Machamp for 120 damage, so you only need a Crobat drop to close the deal. As many SP decks already run DCE, it’s not hard at all to pull off in one turn. If you don’t want to waste a DCE, you can simply attach any energy, and use Bronzong G’s Power to move another energy to Uxie.

Contrary to the other team, this combo is not focused on Machamp, and can work wonders against basic SPs if you add an Expert Belt to Uxie (and also make sure to “Psychic Restore” before he gets KO’d).

In addition, even if it also takes 3 bench slots, as your main draw power Uxie will most likely already be on your bench, and I would bet that Crobat will too, so you only need to drop Lucario.

Finally, unlike the other team, this tech isn’t airtight, so it won’t last for an entire game, and will only work against 1 Machamp, maybe 2 if you are lucky.

Still, taking the bench space, speed, and the improbability of facing a Turbo Machamp deck into consideration, I prefer to go with an Uxie-Lucario Tech.

One of the worst matches for an SP player is facing a T1 Spiritomb lock. It’s just plain annoying having 5 trainers in a hand of 7 cards, and having to draw and pass without doing anything until you hit a supporter. Many people (like Yuta Komatsuda) have played around this by including more supporters on their SP, however, this makes them slower.

Sableye has 60 HP, 1 Retreat Cost, and 2 great attacks. “Impersonate” lets you search your deck for a supporter, discard it, and use its effect as the attack. This is great for starting a Cyrus chain (or using Cyrus’s Initiative in Sablelock).

pokemon-paradijs.comHowever, this is not really the reason he counters Spiritomb. His second attack “Overconfident” for 1 Darkness lets you hit 10, but if Sableye has more HP remaining than the defending Pokémon, he hits for 40.

Now, which Pokémon deals damage to himself in order to use his evo-search attack? I think you see where I’m going with this. Spiritomb will always have 10 or 20 damage on him, making his HP lower than Sableye’s. This will let you hit for 40, KOing him if he evolved something twice, or leaving him 10 HP away from a KO if he didn’t. A Crobat will allow you to just finish the job in 1 turn.

There is also the possibility of using Special Darkness instead of basic ones to 1HKO Spiritomb after one “Darkness Grace,” but this is reserved for Sablelock because no other SP deck uses so many dark Pokémon to justify the inclusion of 4 Special Darks.

The second tech is Azelf LA, a card all SP decks already run. It has 70 HP, a Retreat Cost of 1, a great Poké-Power (the reason everybody runs him) and a very situational attack in “Lock Up.”

This attack, for one psychic, does 20 damage and your opponent can’t retreat during their next turn. This is great for locking Spiritomb active until you can set up yourself, and at the same time, using your opponent’s trainer lock against themselves.

This strategy can be executed quickly and easily, since all SP decks already run Azelf and Psychic for Toxicroak G. It’s really effective in slowing your opponent down because with the trainers locked, they won’t be able to retreat using Warp Point or Switch, leaving Warp Energy as the only option available.

A newly incorporated tech to counter the increasing use of Viletomb lock in decks, each of these guys counter the flower power in their own way.

Dialga G LV.X has one of the best Bodies in the meta right. “Time Crystal” will lock all Poké-Bodies except those from Pokémon SP. As anyone can see, this will turn off Vileplume as long as Dialga is on the table. He has a solid 120 HP, and his attacks are not bad, but they are not cheap either. Trying to attack with him will force you to include at least 3 metals in your deck, for a total of a 5-card tech, which is something many decks can’t afford to do.

pokemon-paradijs.comOn the other hand we have Blaziken FB LV.X. He has a standard 110 HP for a SP LV.X, and his way of countering Vileplume is a lot more aggressive. His basic form’s first attack, “Luring Flame,” lets you choose one of your opponent’s Pokémon, switch it with his active, and then this new active is burned.

This attack is great to disrupt, because without trainers in the game, your opponent will have a hard time retreating Vileplume every time he gets lured active, and even if they attach Unown Q, the waste of energies will make them think carefully if they really want to retreat because you can just lure them back in next turn.

This attack combines wonderfully with his LV.X´s Body, “Fighting Spirit,” which lets you deal 40 more damage to a burned Pokémon.

Finally, his second attack, “Jet Shoot,” for a Fire and Colorless lets you deal 80 damage to the active, and then Blaziken receives 40 more damage from attacks next turn. Combined with its “Fighting Spirit” Poké-Body, you can easily 1HKO Vileplume, removing the threat from the game. This counter is faster than Dialga and removes the problem from its root, so you don’t have to worry about a Gengar leveling down your Blaziken, it only takes 3 slots, and is also is very versatile is other matchups. It gives you a good option for early game disruption thanks to “Luring Flame,” so I prefer it to the Dialga tech.

There are a lot more techs, and some of them are way better than the ones here, achieving the same thing more efficiently, but I have to keep quiet about them or else many people will get angry at me. xD

(Also, I need to keep a few secrets to myself, you know?)

Anyway, this article got quite long, so I will leave it at that. What are your opinions on this? What techs can you think of? Which decks annoy you the most? Have you found a good way to counter them? 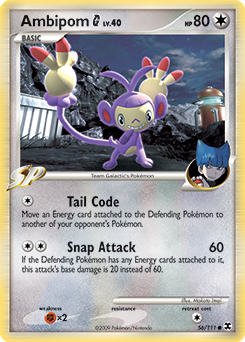