My boys and I have always loved the song “Dream On” by Aerosmith, especially the bridge when Steven Tyler shatters the windows at a superhuman octave. I can’t say this deck idea is that dramatic, but I think the idea of running a Parasect deck could do very well this Battle Roads season with (pretend you’re shocked) a VileTomb lock.

Parasect SV came out a while ago, but with a 3 energy attack, low HP and the dominance of SP decks with Pokéturns, no one paid attention to this sleeper. But with new releases like Sunflora and Vileplume, this deck is ready to wake up the neighbors. Actually, make that put them to sleep- permanently.

pokemon-paradijs.comParasect
The main disruptor and attacker for this deck. Its attack, “Hybernation Spore”, can put your opponent to sleep with only a 25% chance of their breaking the lock each turn. And, while your opponent’s active Pokémon is sleeping (and likely your opponent as well), you can be up to some very naughty things (see below).

VileTomb Lock
Please see my previous articles ad nauseum about these Pokémon and the decklist below.

Sunflora
This is a must-have in every grass deck IMHO as it lets you search out a grass type Pokémon each turn. This is absolutely critical to getting Parasect set up quickly.

Supporters and Trainers
This deck doesn’t require any special trainers or supporters, but with the trainer lock in play, it’s a good idea to run all supporters or just a handful of trainers.

Energy
This deck will require quite a few grass enery, 10-15, due to Parasect’s high energy cost. Plus, call energy is very useful as well as Warp Energies to get out of some tight spots.

While you were sleeping….

So, how does this deck work? As with most Viletomb decks, you want to get spiritomb in play and get your Vileplume setup as soon as possible. To do this, you can either go straight for the Vileplume setup or try to get Sunflora set up first, whichever is faster. Simultaneously, you will want to begin setting up your Parasect on the bench and getting energy on it. Then, when Parasect is fully charged, bring him up and attack with Hibernation Spore to put your opponent’s active Pokémon into a coma-like sleep condition that requires 2 heads to escape (25% chance) in between turns.

Now, the tough part about this deck is trying to figure the best strategy while your opponent’s active Pokémon is snoring loudly. Do you take out the active Pokémon ASAP? Do you crack jokes with your opponent while he or she passes every turn? There are lots of options, but what I think might work best is to incorporate a grass-type spread damage attacker to slowly take your opponent down.

pokemon-paradijs.comEnter the dynamic duo- Ninjask and Shedinja from Supreme Victors.

Now, both of these guys evolve from Nincada, but both come in very handy in this deck. For 1 C energy, Ninjask’s “Circling Dive” attack spreads 10 damage to all of your opponent’s Pokémon, and you switch Ninjask with 1 of your benched Pokémon. So, after this attack, you can switch out to Shedinja which has a great Poké-Body called “Marvel Shell” which prevents all effects of an attack, including damage, done to Shedinja by any Pokémon with Poké-Powers or Poké-Bodies. In addition, it can snipe for 30 if you opponent has a damaged Pokémon in play.

There are some other techs that might come in handy for this deck. One is Darkrai G whose Poké-Body allows you to put 1 damage counter on your opponent’s sleeping Pokémon in between turns (helpful against Gengar to avoid Feinting Spell).

Some other techs to consider are Vespiqueen UD to protect the bench and Metapod HS to eliminate grass weakness.

While not likely to see a lot of play, Parasect can certainly provide an alternative deck build that has the added benefit of seriously frustrating your opponent. Sweet dreams! 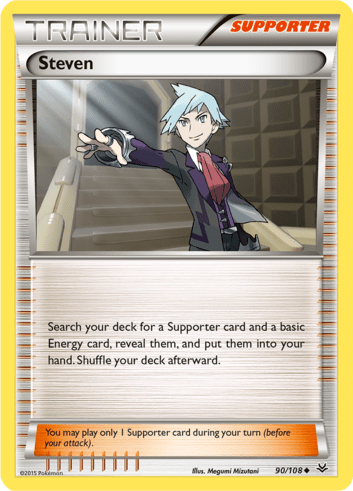