Greetings fellow Pokémon fans. A new season of Pokémon is upon us, and that means a brand new set of ratings and tournaments, not to mention a new league season. The first Battle Roads of the season for the commonwealth of Kentucky was held last weekend at Albright’s Games in Lexington, KY. It was a ton of fun, and featured a lot less LuxChomp than you might expect. In fact, there were really only two decks at the event running SP at all. To spoil the surprise, playing a pretty basic Raindance deck, I was able to take fourth (of eight). There was a lot of experimentation going on, and it was a ton of fun. Here’s a rundown of my games.

Started out with an absolute crap hand. A lone Totodile with five water energies and a Fisherman. I “won” the coin flip and drew an Interviewer’s Questions, attached a Water energy and Gnawed his lone Larvitar for 20 damage. On his turn he used trainers to go through half his deck and Rare Candied to a Tyranitar. Thankfully he had no Darkness energy, so he attached a Double Colorless, placed down a few more basic, and passed.

I drew an Azelf, and immediately dropped it, but my prizes consist of nothing incredibly useful and I fished out a Feraligatr hoping I’d draw into a Rare Candy. I played Interviewer’s Questions hoping to thin out my deck (Rare Candy was the fourth card down), attached another Water energy to Totodile and Wave Splashed for 20.

We had a couple turns of back and forth where nothing happened since he couldn’t seem to draw any of his eight D Energies and I couldn’t do anything but slowly Wave Splash his T-Tar. Then he drew into an Underground Expedition and got a Darkness from the bottom of his deck. He Power Clawed everything I had up quickly to win the game. 0/1

I don’t remember too much about this game. Going into it my opponent mentioned that he’d basically thrown his deck together at the last minute so he could play. I started out with my best hand of the day: various cards that I could burn through quickly, a Totodile, and an Uxie, and I was completely set up by my second turn. He didn’t really stand a chance, and other than challenging me for using Rare Candy to evolve Totodile into Croconaw on my first turn (I went second), it was very uneventful. 1/1

I was so happy when the TO announced that I would be playing against Ashley. The last Battle Roads I’d been to I’d suffered a pretty bad defeat against her where she ran a Kingdra and I ran Typhlosion. Ironically we were running the opposite decks this time as I ran Kingdra Prime for some added snipe ability and she ran Typhlosion Prime to build up her Ursaring Prime quickly and get its bonus damage.

The match didn’t start well for me. I had a Totodile and Horsea start, and it looked like I wasn’t going to get a chance as she quickly went from a lone Tediursa to a belted Ursaring Prime with a Typhlosion and a Ninetales (HGSS) on the bench. I lost a couple of prizes sacrificing a Totodile and a Squirtle until I managed to get a second Totodile Rare Candied into a Feraligatr Prime and took out the belted Ursaring Prime thanks to Hydro Crunch.

I also managed to take down her second Ursaring Prime giving her nothing that wasn’t weak to my Pokémon. After that I Knocked Out one Pokémon per turn until I won the game. It was very satisfying, and it gave me a chance of making the top cut. 2/1

Unfortunately I didn’t make top cut, instead I placed 4th, which was not bad at all as I pulled a Raichu Prime for my collection out of one of the packs I won. Scott, who beat me in the first round did advance to top cut, though I don’t know how he did as my friend, Anthony, and I had to start driving back home right away because it was a two-hour trip.

All-in-all it was a great way to start the season. I didn’t go expecting to win, and I was pleasantly surprised that I did as well as I did. Anyone who wants to see the decklist I was running can find it here. 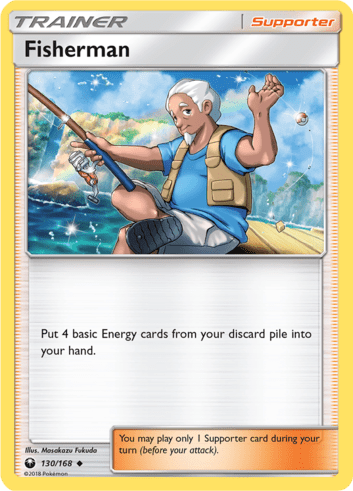