Hello guys, I’m here to write an article about how to have more success at small tournaments. I’d like to believe that I have been doing fairly well with most of the tournaments I attend as I have not missed a top cut yet so I’d like to help everyone out. Some my suggestions are common sense, some of them might feel as if you are cheating, but it’s up to you to apply them as you see fit. I follow some things, and some of them I see other people do.

Research the metagame of your area or just the general metagame I suppose. Right now, I’d like to say the top 3 decks are VileGar, DialgaChomp, and LuxChomp. Other areas might have more VileGar, and another area could be more SP oriented. This will change the type of deck you will run.

Step 2.
Now that you know your meta, decide on the deck you would like to run. You could choose to follow the trend and run the top meta decks like VileGar or choose a deck that completely counters it like DialgaChomp.

Step 2.5.
Choose the right techs. If you find yourself playing VileGar in a VileGar filled tournament, you might want to think of a small tech line of Pokémon that could give you an edge in that match up.

This isn’t just knowing your decklist off by heart. It is about knowing how to play your deck. What I’m trying to say is, knowing what to do in different type of situations and reacting to how others play. For instance, if you are using a deck like SableLock, knowing the precise timing on when to disrupt your opponent or when to play aggressive would be good. This requires extensive testing with various tier 1 and tier 2 decks.

Step 4.
Go to the tournament prepared and SPY! What I usually do is I’d take some lines of Pokémon out of my binder that could serve as a good tech against some match ups that could be included in my deck. Before writing the decklist, I usually walk around trading cards and watching some other people playtesting before the tournament gets started. This gives me a general idea of the meta in the tournament, giving me a much more specific tech lines I could add in my deck.

For instance, my DialgaChomp deck does not run any Machamp counter as I have yet to see a Machamp deck in any of the Battle Roads I’ve been to. However, if I find myself in a tournament with 3 guys using Machamp, I’d be sure to add in a line of Drifblim UD or ToxiTank to counter them.

Step 5.
Stay calm and play the game. Don’t freak out and if you make a misplay, don’t go “aw damn it, I messed up”. This can be a vital mistake as your opponent might not have realized you made a misplay and not follow it up with a huge play that could cost you the game. Stay calm, and play as if nothing happened.

So that is it. This is my preparation in all of my tournaments as I get ready for my first match up. I wish for everyone’s success and I hope to see many of the Canadian 6 Prize supporters soon enough! 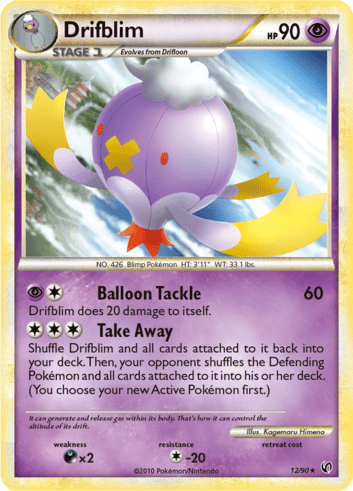