pokebeach.comGoing into this Battle Road I confidently knew what deck I was going to play: DialgaChomp. In my mind it’s the best deck in the format, and I knew that there would be few Sableye players (aka Blaziken players), and I suspected there would be little to no Charizard, and little LuxChomp. With all that in mind, even with how things turned out, I think it was the correct choice.

As an aside: I don’t know how many of you reading this are Underground subscribers, but if you’re interested in this deck at all, you should be. This past Tuesday Chris Fulop put up a strategy article along with a list that, although is completely different than mine, is definitely worth reading about, as Chris is an exponentially better player than I am. Not to get too plug happy, but if you have a minute it’s definitely worth your while.

I don’t feel comfortable giving out the list in it’s entirety as it was all of Team B-Side that came up with it, but I will talk about a few key points…

– With a decent amount of Vileplume/Gengar in my meta I opted for a 2-2 Dialga line. I’m completely aware that this probably isn’t the correct play, and even though it didn’t really affect anything, I’m glad I went with it. 2-1 Dialga is the alternative, and I really never missed the open slot.

pokebeach.com– I also went with 2-2 Garchomp, as I feel it’s simply the best play. I traditionally have been on the ‘3-1’ side of the debate regarding SPs and their Level X’s, but with Garchomp I feel the ability to maximize the Healing Breath is very important, and 2-2 gets you there.

– My list included heavy Energy Exchanger, no stadiums, no Toxitank, no Staraptor, both Ambipom G and Dragonite FB, Toxicroak G Promo and Drifblim FB. I’m completely satisfied with the Exchangers and lack of stadiums/Toxitank, as well as the Ambipom and Dragonite. I feel like the Toxicroak wasn’t needed and am considering cutting it, and the Drifblim was completely useless, and a wasted slot.

With all that out of the way, lets move onto the actual tournament report! We had just over 30 players if memory serves, with 5 rounds and a top 4 cut.

Mike is the grandfather of Gage, the eventual tournament winner/b-side member, and father of Gage’s mother, Shiela, who top 4’d. He doesn’t really play much anymore, but it’s always great to see and play with him.

Unfortunately his deck just didn’t get there like it was supposed to. We both had fairly slow starts, but I was able to Dragon Rush a Croconaw with two energy, and it all went downhill from there.

I was up by 4 Prizes when he finally got the combo to work, and by then it was just too late. The majority of the game was won by Garchomp, as I needed to be able to respond to his high damage attacks with taking prizes, but the Dialga did come in handy in the late game, when I wiffed on DCEs to Dragon Rush with.

During registration I saw a lot of T-Tar being played, but I assumed it was mostly Seniors, as all of the players looked pretty young. What do I know.

We both get off to pretty decent starts, I think he actually takes the first prize, but he can’t keep up with the constant stream of discarding his energy. At one point he had 3 Special Darks and a DCE on a Belted T-Tar, and I was able to discard them all then KO the T-Tar for 2 Prizes.

I can’t say it was all flips though. If I had missed a few crucial ones I believe I still would’ve been able to pull the game out, as he made a few poor decisions and I played solidly.

She opened Tomb/Gastly to my Ambipom, and was able to set-up the combo pretty well. Luckily I pulled off a Dragon Rush on a loaded Haunter early, but I missed a crucial Spray and she was able to take the game shortly thereafter. My philosophy has always been to save the few Sprays you do have for the Level Down, and I broke that here, ultimately costing me the game. Not really much more to say as I scooped after I couldn’t hit a Dialga/Spray and she continued to take prizes.

I figured I had a pretty strong matchup here with Dialga shutting off all the Poké-Bodies, and I wasn’t wrong.

I can’t remember our openings, but this matchup, although heavily tilted in my favor, was a little more difficult than I had imagined. Whenever I didn’t have a Dialga out and he had a Glaceon up it became difficult, but at any other time it wasn’t too hard. I applaud Corey for building such a tight list, probably the best Eeveelutions I’ve played against.

During the match a judge gave an incorrect ruling, and I should’ve been on top of it. I won the match handily, and I don’t blame the judge at all as it was my right to appeal and I stupidly didn’t. It was a great and fortunately inexpensive lesson to learn.

I know the LuxChomp matchup isn’t great, but as I’m packing all three of the SP counters (Toxicroak, Ambipom, and Dragonite) I feel a bit better.

He gets a much better start than me, opening with a Garchomp to my Bronzong. I topdeck a Dialga and Collector on my first turn for 2 Garchomps and a Dragonite, attach a DCE to Dragonite and pass. He gets a Garchomp set up on the bench, and Dragon Rushes one of my Garchomps for the first prize.

pokemon-paradijs.comI react with a Mach Blow KO to his Garchomp that he didn’t see coming (he forgot about weakness and doesn’t play Dragonite), and was able to seal the game from there. 80 is the perfect number for basic SPs, as he was forced to sacrifice a Crobat and a Luxray while trying to set up a Dialga of his own.

He got the Dialga out faster, but he could only Deafen as I responded with Double Flash Bite and a Remove Lost with an Expert Belt for the KO.

I think the final prize count was 6-3 in my favor. A good game, but ultimately running more mirror counters is what won it here.

Being at table two and only losing to the second seed I get my deck sorted and start getting anxious, only to find out I’ve bubbled the top cut at 5th place. The rest of the top cut looked like this:

Mother and son had to play each other in Gage vs. Sheila, in which Gage won before ultimately beating Jaron in the finals to win the tournament, on his birthday no less! I was disappointed about losing, but I couldn’t complain with an X-1 finish, and putting 2 players in the top cut.

Props:
– The Roses for letting us stay over/testing with us
– Gage for winning
– Team B-Side
– Terry and Rose for TOing/Judging 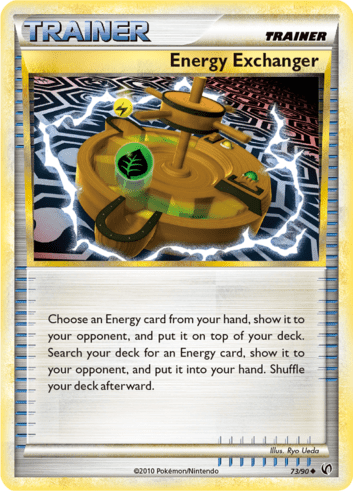