pokegym.netHey Guys! Peter Bae here once again to do a Card of the Day article! Today, the card I will be reviewing is the new LEGEND from the set Triumphant, Darkrai & Cresselia. The reason for me picking this card out is that it is possibly the most useful LEGEND out of all the others that came out, and I personally love playing it in my Gengar deck.

So let’s take a look at the stats of this beautiful LEGEND. Like all LEGENDs, it has 2 types being Dark and Psychic. Pretty beefy 150 HP but won’t survive long up active due to the x2 weakness to Fighting and Psychic. Retreat Cost of 2 is pretty bad, but it is easily solved with Warp Energy, especially since most decks have Warp Energy now. Of course, the part of the card that states “When this Pokémon has been Knocked Out, your opponent takes 2 Prize cards” is horrible, but I believe his attack can compensate.

Darkrai & Cresselia LEGEND’s first attack, “Lost Crisis”, is mediocre, decent at most. For a huge cost of 2 Darkness energy and 2 C energy, you do 100 damage to the active. When the defending Pokmeon is Knocked Out by “Lost Crisis”, the defending Pokémon and all cards attached to it are sent to the Lost Zone. However, don’t forget the 2 Energy discard you will be paying. So far, it is a very undesirable card to play, but the second attack really caught my eyes, and I instantly started playing it in my Gengar deck. It has been performing great.

The second attack is named “Moon’s Invite” and, surprisingly, it only takes 1 Psychic energy, which is very cheap. So what does it do? Well, when you use “Moon’s Invite”, you can move as many damage counters on your opponent’s Pokémon as you like to any of your opponent’s other Pokémon in any way you like. Hmm….. WHAT? This might seem pretty stupid but it comes in pretty handy. You can easily take 2~3 Prizes at once when using this attack by Knocking Out Uxies and Azelfs.

So how does it take 2~3 Prizes at once? Well, this is one of the plays I did when I played my friend who was playing my Gyarados deck. His Gyarados had 9 damage counters, and I had placed 1 damage counter on 1 Uxie, 1 Azelf, 1 Sableye and 1 Regice with Gengar Prime. I decided to use “Compound Pain” for the knock on the Gyarados, and put 30 on everything else with damage counters. Bascially, I think you know what is coming. I decided to play my LEGEND, drop an energy on it, retreat, and use “Moon’s Invite” for very easy double knock outs. I know it might seem impossible, but it is fairly easy to pull off, especially on Stage 2 decks. 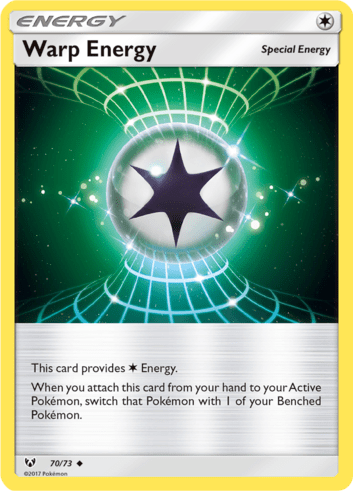