After getting 2nd Place at my last Cities, I decided, halfway out of laziness and halfway out of comfortability with the metagame, that I would play the exact list for this week’s City Championships, except I swapped a Luxury Ball for a Communication just to see how it went. Peep the last link to see that decklist.

After picking up Isaiah and brewing him a LuxChomp list, and picking up Alex and fixing up his DialgaChomp, we arrive at the venue a few minutes after registration has begun. Amelia needs a few Arceus for her super secret deck, and luckily we’ve got everything everyone needs and are able to get our decklists filled out and get registered with more than enough time.

We each get a holiday gift bag when we register, including a Poliwag CC promo and two random league promos. I pulled a Snorlax and an Underground Expedition, and Isaiah gets the god pull of Uxie and Warp Point. This day was already not going well. I chat it up with the team, David Cohen, Matt Dias, and the newly-returned Matthew Chin, before the tournament starts.

It’s announced we’ll have 5 rounds with a top 4. It’s super frustrating to be like 2 or 3 players short of a top 8. Fortunately, we have enough players in all the other divisions to have a top 4, which is nice for the two B-Side senior players.

I’m playing Bobb Nolan this round, whom I’ve played at every City Championship this year and whom I’ve beaten every time. He’s playing this weird Jirachi lock/donk deck that I saw him beat a few very solid players with last weekend, so I get a little worried. The strategy involves using Jirachi as a starter and using Seeker or Cyrus’s Initiative twice in a row, and then letting Jirachi get KO’d so he can build up his Honchkrow SV (his finisher) faster.

I go first opening Lucario to his Jirachi, drop an Ambipom on the bench, and pass. He doesn’t hit an Initiative or Seeker, but uses Team Rocket’s Trickery instead. It’s not a card that I really like, but making your opponent discard 2 cards from their hand early while you draw 4 can be useful in this kind of deck.

I’m able to topdeck some decent stuff, and get a Luxray and Garchomp online with a Double Colorless in hand. Because I am an idiot, I Poké Turn Lucario, and “Snap Attack” KO the Jirachi, giving him access to his “Final Wish” Poké-Power. He sends up a fully built Honchkrow SV w/ Belt, and destroys my Ambipom. Because he belted, though, I’m able to retaliate for 2 Prizes with my Luxray.

The fatal mistake on his part is when, in an attempt to “Set Up” for an energy that would allow him to build his second Honchkrow, he drops an Expert Belt on Sableye and whiffs the energy. I “Dragon Rush” the Sableye the next turn, and he concedes.

Wyatt is one of my favorite people in the world, so it’s always a joy to get to play against him. Unfortunately for me, he’s playing LuxChomp, which is never fun, even though I’m getting a bit more comfortable in the mirror match.

I can’t remember all of the details, but he gets a strong lead, but misses a few resources and allows me to get back into the game. Time was called and I was able to get ahead on prizes at the tail end of the game for the win. If Wyatt had had a single Spray in his hand during any of the last 5 turns or so, there’s no way I could’ve pulled that off.

I’m playing Michael Chin this round, who’s an incredibly good player and apart of Team X-Files with Ross Cawthon, Mike Fouchet, etc. He also beat me in the finals of a Battle Road in a Sablelock mirror match this Autumn. Needless to say, I’m pretty worried about getting absolutely destroyed in this round. Haha.

I believe he gets a better start than me and is able to pull ahead slightly, but after I KO his first Garchomp, things go downhill for him. He plays quite excellently with his Garchomp counters and makes it a very close game, but in the end having a Garchomp and 2 Energy Gains prized does him in.

pokebeach.comAt one point, he Collectors for an Unown Q, Uxie, and an Azelf, and two spaces open in his bench. I figure that he either needs the Azelf, or is going to use the Azelf to bait the Spray, and really wants to draw a poopton of cards with Uxie. I do what I believe is the correct play, and Spray the Azelf, cutting him off from the prized Garchomp.

Great game all around.

I’m playing Kevin Gomez this round, whom I find out a bit later is a Canadian, meaning he must absolutely be destroyed. For those who don’t know, at least year’s Regionals, Canadians came down and took most of our trophies, and ever since then we are the bitterest of berries about Canadians.

He steamrolls through me; I don’t even remember if I get a prize off to be honest. My deck just crapped out, even though we both had similar similar starts, and he played very tightly. Kind of a crappy game, but what can you do?

I consider dropping here, as my goal for the weekend was to net 5 wins, and, even if I win my next round and go 4-1, I don’t think I’ll be able to make cut. For the first time in my life I actually WANT to play Pokémon though, so I decide to stick with it.

This is a very interesting deck, but a lame match. I go first and attach a DCE to Luxray to do 30 to his Skuntank G. He looks at his hand, has nothing, and decides to Looker’s it away without even seeing what was in my mind. Ha. He shows me his hand and says “Good game”, revealing a Mewtwo LV.X, a Gengar LV.X, and a few random Stage 2s and LV.Xs. I appreciate the win, but hate to win like that…

I figure that I can’t make top cut since I was downpaired in round five, but I separate my deck anyway. After a few minutes of waiting, it’s announced the cut looks like this:

Wasn’t looking forward to this one. I think we both got decent starts, but I get ahead first, I believe. I could be wrong on that point, though. The only important detail of this game I can clearly recall is me dumping my hand, I think, through the use of Power Spray and Poké Turn, and thinking that it was over for me… until I topdecked a Cyrus. I think I stayed in the lead throughout the entirety of this game, but it was super close.

The best part of this game was, on turn 2 of 30 + 3, I have a Dragonite FB active with damage on it. Michael has a Luxray GL LV.X active free of damage. I’m up a prize, but he can take a prize next turn, evening it up and taking it to sudden death. I think for what was probably far too long (sorry Michael), I decide to go with the only option that will net me a prize this turn, thus preventing us from going into sudden death…

I “Flash Bite” the Luxray for 10, attach an energy to Dragonite, and flip my translucent, 6-sided die into the air…

Everyone has a good laugh. Michael is so shocked he yells out “What?!” and I remind him that I always flip heads on “Giant Tail”.

Great games, Michael. Super close. Sorry I had to lucksac you out of both of ’em!

I’m in the finals now, which means I’ll lose again, right? But wait, this time I am playing against Canada, which means I absolutely must win, lest I want my country to be shamed.

I don’t remember much about this game, except that he took the early lead, but I was able to even it up. He would’ve won completely if he had drawn any decent cards during the 3-4 turns that my Bronzong G was stuck active due to a “Bright Look”. Oh, he also hits a Giant Tail flip here, showing that Canadians can do some of the things Americans can!

Again, all apologies for not remembering this one. I was tired (running on 0 hours of sleep), and honestly more concerned about Alex winning Seniors at that point. I think I kept the lead all game and he finally had to concede as time was called. There was certainly more to it than that, but my brain is dumb. Good games, Kevin!

So, I finally win a Cities on the same day that Alex does when there was some pretty tough competition in the room. Feels good, man.

Props:
Team B-Side
Alex for winning Seniors
Ian for topping Juniors
David for HJing
“Giant Tail”
Wyatt, my dude, for not dropping after I beat him, thus helping my resistance tons.
Making the Canadians think that Trevor was my Dad all weekend. Trollolololol.

I played at my home shop, Gabi’s Olympic Cards & Comics in Lacey, WA on the following Sunday, but didn’t quite do so well. Because of that, I won’t write a full report, but I will say that I went 4-2, losing to Ross Cawthon’s VileGar and Jonathan Anderson’s Gyarados. I donked an Uxie Donk, beat a BlastGatr, and beat Kevin Gomez’s LuxChomp again. I think I ended up 10th or so, missing the cut by a few places. My boy, 2010 WA State Champion, Andrew Foley, rocking my playmat and deckbox fresh out of military school, took down the tournament X-1 with VileGar.

pokebeach.comAfter talking with Trevor Whiton and Matt Dias, I decided that I should probably put a Mewtwo counter in my list on Sunday, as SP winning two weekends in a row probably meant there’d be some SP hate going around. I went with the list you can find above, minus a Promocroak and a Call energy and plus a 1-1 Drifblim UD line. I ultimately never faced Mewtwo or even really needed the Drifblim, but I think it was the right play. In the future, I’ll probably scope out the metagame before deciding fully on a list, as the Mewtwo counter can slow you down and hurt consistency a bit, if you ever end up needing it.

Another point I wanted to make before I get out of here is that I feel a 2-1 Mewtwo in VileGar is the play. Trevor Whiton X-0’d Swiss with it on Sunday, eventually losing 2-1 to David Cohen in the top 4. I’ve seen lists with Dusknoir, Nidoqueen, and other Psychic-type stage 2s, but I think the room is much better spent on Mewtwo if there’s any SP in your meta. I can see the argument that it’s a winmore against SP, but, with the majority of SP lists foregoing Mewtwo counters, I see it as the wisest play you could possibly make if you’re going to run that deck.

Thanks for reading. Not sure if I’m going to get a column up next week with the holidays and all. I’ll definitely be back in the new year though, with a list of Pokémon-related New Year’s resolutions, and probably some other content I’ve been dwelling on. Have a good holiday everybody! 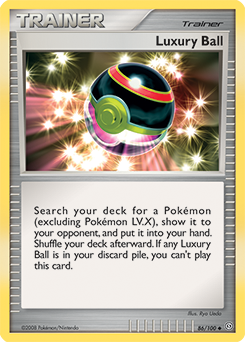