pokegym.netFor today’s review, I will continue looking at cards from the latest set, Call of Legends. While many players were excited by the fact that Call of Legends was going to contain many reprints, most were disappointed with the cards they chose, as well as all of the cards reprinted being from HGSS-on. Suicune is one of the few cards in COL worth taking a look at. Let’s get started!

For starters, Suicune is a Water-type, which is okay in today’s format. Between a mere 90 HP and a x2 Lightning Weakness, don’t expect Suicune to last more than a turn or two, especially against LuxChomp. No Resistance is standard for a lot of Pokémon, but the CC Retreat Cost brings this card down a bit (even if it is expected).

To help remedy this, Suicune has the Poké-Body “Extreme Speed”, which reduces its Retreat Cost by C for each W Energy attached to it. While it, like any non-SP Poké-Body, will be shut off by Dialga G LV.X, I still like it. Between “Extreme Speed”, Unown Q and regular Energy attachments, you should have little trouble getting Suicune out of the active slot when you need to.

Suicune also has an attack called “Tsunami”. For WWC, it does 20 damage to each of your opponent’s Pokémon (if you notice, it isn’t just benched Pokémon). Since it is a rather fragile Water Pokémon, an obvious partner that comes to mind is Feraligatr Prime, which would allow you to have a constant stream of Suicune to dish out a lot of spread damage.

However, there has always been a problem with spread decks, SP. While I don’t think this match up is an auto-loss like most people think, it certainly is a very difficult match up. I say this because, even though you won’t be getting a lot of KOs on Pokémon SP, you can still Knock Out their Azelfs, Uxies, Smeargles, Chatots, etc. They can try to not place these cards down, but that will make it difficult for them to keep a lot of resources available to them.

Since both this card and Feraligatr are both relatively new cards, it is extremely unlikely they will be rotated out, which means there’s a lot of hope for this to be a powerful deck next format, where hopefully SP is a much weaker force.

My Recommendation: Right now, I don’t think a Feraligatr/Suicune deck would do very well, simply because of SP, Seekers/SSU and Power Lock being very popular in today’s format.

My Rating: ~3/5 (Personally, I think this card will be a lot more powerful next format, but it is way, way too soon to tell because we don’t know what the rotation will be or what cards will be released) 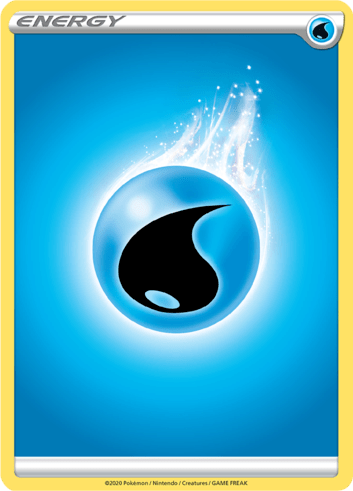