Everyone has a moment where they want to get into something, but have no one to help them start. Many people want to avoid the embarrassment of not knowing what to do. Whether it be a sport, a hobby, a video game, whatever. Luckily in the Pokémon TCG, we have a great place to start off, Leagues. While many people see League as a place to just got and fool around with new decks, for newer plays, it can be a gateway of getting into the game. And I’ve been noticing recently that many players in my area have ever been to a League, and are missing out on many benefits.

When I started playing the Pokémon TCG, I had NO idea how the game worked. Like all my friends when I was a kid, I had hundreds of cards, but I never knew how the game itself was played. But late last November I decided to take a look at the Pokémon website, something which I always saw as just a big advertisement for the show. I was surprised to see a competitive play area for the video games, which I have always played pretty obsessively.

Soon I found a searcher to find local Leagues in my area. My expectations at the time were to go and have some DS battles, I had no idea I was about to stumble into the wonderful world of the TCG. I was somewhat nervous on the way there, expecting to be the only older guy in a group of Pokéfan children. And things already seemed to have started going bad. Many of the members skipped due to the bad weather Ohio is so famous for in winter time. No one around looked like they were playing Pokémon to me. Soon a guy looking to be in his early twenties approached me and opened with the statement, “Here for some Pokémon dude?”

I was honestly pretty surprised when he pulled out a deck of cards afterward. Luckily I had picked up a starter deck from HS the day before just for nostalgia of buying cards. I learned that this was the League leader named Kyle. (Much to both our disappointment, he was the only one to show up that icy night.) He realized I had no idea how to play the game and proceeded to show the ropes step by step. It took me a while to get the basics down but by the end of the night, I could get through a game on my own.

Although disappointed at first by the lack of DS play, I realized that I had a ton of fun playing the card game that night and decided to show up again next week. Now there were many more people, all around my age. Things didn’t end up being awkward as I had previously thought, it was cool to meet fans of Pokémon for once, the games had died in my town back during Gen 3. As I played with the new people I met I saw tons of different decks, play styles and strategies and was surprised. I was under the impression before, Pokémon is a kid’s game, the card game should be a breeze.

Oh how wrong I was. Some of the combos I found were as complex as any other TCG I had played before. My starter deck wasn’t cutting it so I ended up getting the Undaunted Night Fall deck and building onto that, as I saw Umbreon Prime as a good counter to most strong Pokémon. Eventually I started catching onto how decks worked and actually started winning games against my League rivals. Who would have thought that in a few months time these people would become some of my best friends as we began to travel to City Champs, Prerelease, and soon States and Nationals together?

But League isn’t just a good place to get playing experience. The great people at Pokémon also supply registered Leagues with promo cards. Many of them are great staple cards. For some people, such as I, a 17 year old in High School with no time for a job, buying cards you need can be a bit of a hassle. Thanks to League promos I was easily able to obtain cards like Uxie, Azelf, Bebe’s Search, Expert Belt, Darkness Special, ect! These are all great cards that mostly every deck in the game can use, so it’s awesome to be able to get some for free.

League is also a great way, like many people know, to test out your new decks, or to take a break from play testing your new big deck for hours before a big tournament likes states. Luckily the people I go to League with are all really kind and helped me out so much as a beginner, helping me mold my deck and play style to my liking and abilities. Now I’m part of a team and don’t have to face the big scary meta alone, I have a group of friends to tackle the big matches along with.

So if you a new player or even a veteran, League is a great way to sharpen your skills and in my case, make great friends who share a love of Pokémon with. I recommend anyone to head on over to the Pokémon site and see if you can find a League reasonably close to your area. It may be one of the better decisions you make in your TCG career. 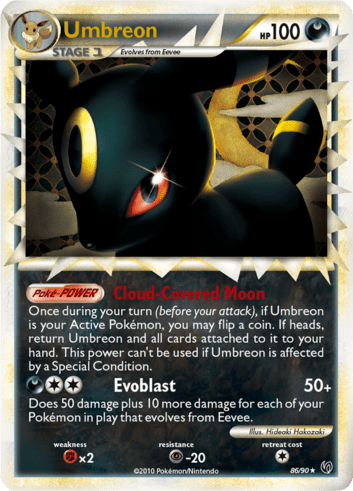