pokebeach.comToday’s COTD features Rampardos from the Platinum expansion. Rampardos is a Stage 2 fighting type which is a very good type to be with the metagame rampant with Luxray, Magnezone and Regigigas to hit for weakness. Its bottom stats are also very good.

A +30 weakness to grass is pretty much as good as you can get these days with only Jumpluff posing a threat. No resistance is fairly common and it’s Retreat Cost of 1 is a very pleasant surprise considering its general bulk, meaning free retreat with aid from Unown Q.

130 HP is also pretty standard for a stage 2 these days, matching those of Machamp SF and Kingdra Prime.

With the usual admin of the card out of the way, let’s get onto the meat of this card. Rampardos has a Poké-Body, “Iron Skull,” which negates any effects on the opposing Pokémon such as resistance and Poké-Bodies when doing damage with Rampardos.

This is a brilliant Body, considering it bypasses all the problems faced by fighting types having to combat Machamp counters with a fighting resistance. With a Body like this, hopefully Rampardos has access to some powerful attacks to make use of this.

Well its first attack certainly falls under that category. In fact, I would consider it to be one of the most offensive attacks in the current format. “Head Smash”, for 1 fighting energy does 80 damage, with a recoil of 40 should you Knock Out the defending Pokémon.

In all honesty, this isn’t a bad trade-off at all. With an Expert Belt and a Crobat G “Flash Bite,” you are Knocking Out most of the metagame Pokémon, if not, at least 2HKOing them. For one energy, this is pretty phenominal, with not many being able to match it in terms of raw, quick power.

Rampardos’ second attack, “Mold Breaker” for a Fighting and a Colorless does a mediocre 40 damage. It does have a slight perk in that it reduces damage by 20 during the opponents next turn. This is akin to Jumpluff’s “Leaf Guard”, not a great move, and not what you will be focusing on, but if you can Knock Out the opponent with it, it’s worth it for that little bit of defence during the next turn.

pokebeach.comSo how does this card slot into our metagame? Well to be honest, it’s a bit of a disaster. Not only is Rampardos a stage 2 Pokémon, its basic form is Skull Fossil. While this does give the Rampardos line access to a small Fossil Excavator Engine, the setbacks are too huge to ignore.

Firstly, Skull Fossil cannot be searched out using Pokémon Collector, which is crucial to so many decks to get their lines out as quickly as possible. Also, you cannot even play a Skull Fossil under trainer lock.

Not being able to put your main attacker out in any matchup is just going to spell a bit of a disaster. One counter you could consider adding to this is Dialga G LV.X.

In fact, I would suggest if you ever wanted Rampardos to be even slightly competitive, Dialga G LV.X is a must so you can at least lay down Dome Fossil thanks to its Body “Time Crystal.”

Another issue to overcome is Rampardos’ general fragility. Having to take 40 damage every time you Knock Out a Pokémon is going to add up. You would either have to build Rampardos up with a speed engine or to have a Steelix style healing engine. I would personally prefer a speed engine to swarm Rampardos as much as possible as it’s stats are in general very offensive.

Overall, were this card not a stage 2 fossil evolution, I would probably be giving this beast a 4 out of 5. However, all things considered and taking into consideration the current metagame, I would have to stoop as low as 2 out of 5. It could definitely make a little impression on a Vilegarless area, or make a nice league deck but it certainly shouldn’t be making too many waves in the near future. 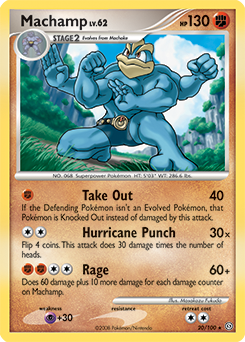