Hey everyone! While everyone is swarming SixPrizes with their tournament reports, I’ve decided to do a review of the Pokémon TCG Online to break the cycle. Even though I know that many of you have played this already, because we have all hyped it, then made it an after-thought, and then flocked to it because the graphics are better than Redshark.

First off, I went to make my avatar. The clothing was limited, I couldn’t get my long hair, but I got to wear a flat cap, so all was well. This part barely has any relevance to why we go to the website, but I digress.

I then headed to the Trainer Challenge, which is where this review will really begin. I started with the water deck, because my favorite type has always been water, and I started looking through it. The deck was terrible! Upon seeing this, I quickly scanned through all of the available decks, and they were all kinda bad. I decided to just stick with my decision and proceed to play against the first of three leagues.

The first matches are amazingly easy, before eventually leveling off at as-long-as-I-can-evolve-and-attach-energies-I-will-wineasy. Probably the “hardest” matches that I had were due to ridiculously slow set up, and once I evolved, it was still relatively easy to take back the game. There were glitches in the system at some points, forcing me to concede to get out of the glitch, and then proceeding to beat the computer 6-0. After beating the first league, which probably took me about an hour, I decided to stop playing for the day and go to sleep.

The very next day, Pokémon decided to modify the programming, making me lose all of my “hard-earned” data and forcing me to start all over again. I decided to go with the fire deck this time, as it seemed to be the one that could do the most damage, seeing as how I won that one prerelease tournament with the power of the Flareon in the deck. This went very well, being able to hit for enough damage each turn to go somewhere around 6-2 for each game, but sometimes running into problems with those pesky water decks. After taking the first league, I moved on to the grass deck for the second league, and then finishing off the Trainer “Challenge” with the water deck. A fun way to kill about two and a half hours, but definitely not anything competitive or extremely challenging.

Despite not having much of a challenge against the virtual opponents, I really do enjoy this system of playing Pokémon. The graphics are really nice, the toolbar on the side is handy, and everything happens quicker because the program shuffles for you in a second as compared to your normal 15 or so seconds. Selection is made easy when dealing with attacks, attaching energies, your hand is automatically organized for you, you can see the amount of energies attached to your Pokémon, and you can get to zoom in to every card that has been played so far. Searching through your deck is easy when you get the chance to do so in the game, and I appreciate all the work that Pokémon has done so far.

The decks, at least after getting all of the unlocked cards, were relatively playable. Pokémon still put in their really bad evolution lines, giving the Typhlosion line a 4-3-1 build. Better than usual, I guess, but your total Pokémon count came in at about 29, way higher than necessary for teaching basic mechanics of competitive play. Their energy counts were a bit high, and in the Fire deck, it ended up being at 19, which is one higher than my ‘GatrZone deck and about four more than most other decks in the format. Seeing as how these decks had no draw engine and barely any search support, I will give them a break on that. The real problem was that there were 11-12 T/S/S in each deck, where the average for a competitive deck has this number around 20. Still, I believe these decks to be better than most starter decks.

And now, if you haven’t been put to sleep during my summarizing of my play time online, here comes what Pokémon really needs to fix within the beta to make it even better. I hope that some of the people working on this programming or who monitor the development of this program are reading this so that they can improve it.

1) Don’t tell players to not retreat- This was probably the part that bugged me the most about the in-game tutorial that is there when you are first playing through the game. When you attempt to retreat, the game tells you that doing this is expensive, a waste of resources, and usually not a good idea. Though I agree with this statement when all of your Pokémon have a Retreat Cost that is not zero, you should not be discouraging newer players from using this mechanic in the game. Retreating is a big element of play in competitive Pokémon, and finding ways to get their damaged/unprepared Pokémon out of the Active Spot is going to be very important when (and if) Pokémon Catcher is released.

2) Search cards exist. Let people use them- My second peeve with this system is that there are only three search cards that you are allowed to use, and two of them are pretty terrible, with third being alright. You only get to use Professor Elm’s Training Method, Pokéball, and Dual Ball. These cards barely see any competitive play and are not very good because two of them are based on luck. The hand-refresher cards that they have available for use are good, making use of Professor Oak’s New Theory and Copycat and they even emphasize the importance of energies by making you run Interviewer’s Questions. But why are we not allowed to search out our own Pokémon like the computer can? At least they get Great Ball. Why don’t we?

3) Let the player modify the deck with the cards that are unlocked- Now, I know that Pokémon is still working on their Deck Builder, so I should give them a little bit of a break on this one, but if you unlock a card to be played in your deck, you should be allowed to mess around with the card counts. I appreciate the system that you have in place right now, because it shows players that you can modify your deck with other cards that you have, even though it should be common sense. What I don’t like is that you force cards out that some players would like to use. As I stated earlier in the article, I really liked using Flareon in the fire deck. When I unlocked some new cards, I lost an Eevee that I really would have liked to have instead of a Growlithe. I also did not like losing my PlusPowers. They came in handy many times before. Maybe set it to disable and individual achievement? That would probably work.

4) If the player loses, don’t let nothing happen- When you lose a match of Pokémon in real life, your rating goes down, and you have to fight back and win more games in order to get your rating back up to where you started. Since this happens in real life, the virtal challenge should not be any different. You can allow replays to get the player to get back to their starting rank, but I suggest that you teach the ranking system, as this one shows that you can lose to a challenger ten times, and then after you beat them once, you are all-of-a-sudden better than them.

Thank you all for reading through this article, and if you actually made it to the end, I have a suprise for you. My ‘GatrZone (name trademarked by Pablo Meza) list. I have used this many times and it has worked better for me than when I was testing out MagneRock, even with my lack of Azelf. Have fun with it if you wish.

I shouldn’t have to explain the strategy, because it mimics MagneRock’s, except this one can survive Power-Lock more easily. This list still needs some work, as I still need to find a way to avoid Fainting Spells and fit recovery cards in there, but it works really well in all of the other matchups. Just be cautious when you’re dealing with LostGar, as if you don’t plan for a Seeker, it will hurt you a lot. If the energy count seems too high for you, I suggest dropping 2 W Energies for a Skuntank G and another BTS. I would have done this myself, except that in testing the deck, I kept on getting into energy droughts, which is not supposed to happen with a 16 Energy list that has draw power.

I wish you all well on your preparation and performance at Regionals and I hope you keep flooding Pokémon TCG Online so that we can prove to them that the Pokémon community will embrace this development that we’ve all been waiting for. 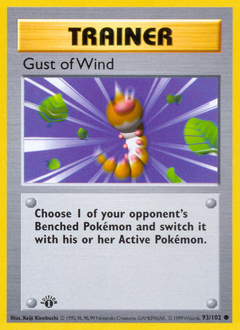