Hey guys! Long time no see! As you all know, I’ve been on a trip to Korea for the last month and a half so I did not have the time to write any 6 Prizes article. In fact, I will be excluded from the voting this month. I will be finishing my Magnezone article soon but I wanted to get this through first.

So basically, I found out today that the new Black & White rule and errata change will go in to effect this season. So what do we get?

Well first of all, the biggest change we get is that the very first turn of the game, Supporters, Trainers, and Stadiums can be played. This definitely causes trouble for the meta with cards like Sableye, Expert Belt, Crobat G, Poké Turns, Poké Blower+, etc. still viable.

pokemon-paradijs.comThe second change we get is the Pokémon Abilities. Starting Black & White set, there will no longer be Poké-Powers or Poké-Bodies, but Abilities. This means that the Abilities the new Pokémon will have will not be affected by cards that can block Poké-Power or Poké-Bodies. Nor would the damage changes caused by attacks. For example, “Shadow Room” from Gengar SF will only drop 3 damage counters on a Pokémon with Abilities.

The third change we get is the ruling change on Rare Candy. With the new rule, Rare Candy can no longer be played on a basic Pokémon that has just been put on the bench to evolve to a stage 1 or 2. It is also not usable on your first turn. Also it can no longer be used to evolve a Stage 1 Pokémon to Stage 2 using the Rare Candy.

Last change is just some Card text changes that doesn’t cost too much of an issue.

So wait, why am I mentioning to us SixPrize readers who already probably knows about this news? Well the changes we will be getting brings us a new deck that can Donk you on the first turn! I have already made a decklist, and has been testing it out. It can consistently get 50~100 damage on board without attacking via Crobat G + Poké Turn + Super Scoop Up, and PokéBlower+. And deal out a huge amount of damage first turn using Sableye. Yes, the deck I have made is the SableDonk.

I am sure that many other people have thought about SableDonk when they read the new ruling changes. I have never got around making the deck until now because I believed Pokémon will not bring in such a huge rule change mid season. But they did, so I decided to write about it. In fact, I will be talking about my Sable Donk deck.

For obvious reason why it should be maxed out. It is your starter of the deck, and your attacker. Running 3 wouldn’t be bad, but 4 is optimal. Starting with it can easily grant you to not waste any resources on an unwanted active Pokémon. It is also used to get yourself out of a Spiritomb Trainer Lock when you do not have a Regice starting hand as it can access you to the 1 lonely Pokémon Collector in the deck via “Impersonate”. The main attack that is used will be “Overconfident” which does 10 damage for 1 dark, or 20 with a Special D Energy.

However, if the defending Pokémon has fewer HP than Sableye, the base damage is 40. Although Sableye only has 60 HP, with Expert Belt, it increases it by 80, topping most basic Pokémon. Not to mention that you have Crobat G and PokéBlowers at your disposal to reduce your opponent’s HP. Also it has the Poké-Body “Overeager” which makes you start first if Sableye is your active. This would be bad if you could not use your trainers first turn, however, with the B&W rule, it is to your advantage.

Unown R is a great deck thinner used in almost all speed decks that focuses on Donking. Unown R, when bench, can discard itself to the discard pile, along with all other cards attached, and let’s you draw 1 card. With 4 in the deck, thats 8 cards you will be thinning out from the deck.

This is really not that useful as you have Crobat G which will be your free retreater of the deck. But it is used to retreat an active Uxie or Unown R when they are pulled active, or you start with them.

This is what makes the deck work. I’m sure most readers know what it does. The Poké-Power “Flash-Bite” let’s you place 1 damage counter on any of your opponent’s Pokémon when you play it down. With conjunction of 4 Super Scoop Ups and 4 PokéTurns, you are putting down total of 9 damage counters with just 1 Crobat G, if you get all heads with the Super Scoop Ups. This is used to reduce your active’s HP so that you are in range to 1HKO it with Sableye’s “Overconfident”. It can also sometimes get you a KO just by placing damage counters with it

Great Deck thinner and drawing engine. Normally you’d go through 2 in a game, leaving you 3 bench spaces for Unown Dark, Crobat G or a Regice. With a deck like this, you can easily draw 7 cards with Uxie alone.

It’s good to have, but not necessary. Unown Dark let’s you grab any Dark energies from the deck. It can be used to thin your deck by grabbing your Special Darks, or to just grab it when you can’t draw in to them. It is still being tested.

Your Spiritomb counter. You discard 2 cards from your hand to switch your opponent’s active Pokémon if it is a Basic Pokémon. Not to mention that it can reduce your hand size by 2, allowing you to draw more with Uxie.

This is a trainer form of Uxie LV.X. It let’s you look at the top 2 card from your deck, and pick one to your hand. The other goes to the bottom of your deck. Also used to thin your deck

The hardest card in the deck to get, but it is well worth it and well needed. It let’s you roll 2 dice, and for 1 head, you get to draw 1 card, or for 2 heads, you search your deck for any card you need. Great card indeed for a Donk Deck.

It can be used to heal your damage Pokémon, if the game was prolonged. It is also used to reuse your Uxies, Crobat G, Regice, or any other Pokémon with Poké-Powers. It can also be used to get Pokémon out of the active, mainly Regice due to the 3 Retreat Cost. Of course, you would need to roll a die and get heads.

It can only be used with Crobat G. It is a 100% Super Scoop Up just for your Pokémon SP, A.K.A, Crobat G

Let’s you fetch any Pokémon from the deck. I don’t think I can say much more lol

Man, is this card great. You discard 2 card from your hand to pick up any Trainer cards from your discard pile.However, it cannot get you another Junk Arm from the discard pile. This can reuse your Poké-Turns, Poké-Blowers, Luxury Ball, and Trainer in the deck. Not only that, it reduces your hand size for your Uxies.

A great Pokémon searcher. You reveal the top of your deck until you find a Pokémon and add it to your hand. Sometimes you get lucky and get what you need. It is mainly used for further deck thinning though.

Another great deck thinner. You can use 2 at a time or just play 1. When you play 1, you get to draw 1 card. However, when you play 2 at the same time, you can search your deck for any 2 cards in the deck.

Just like PokéDrawer +, you can use 2 at a time. When you play just 1, you get to roll a die, and if you roll heads, you can place a damage counter on any of your opponent’s Pokémon. However, if you play 2 at the same time, you get to switch your opponent’s active with your choice of their benched Pokémon.

This card makes your Sableye have higher HP, and increase your damage output. With Sableye at 80 HP, even Pokémon SP become easy to donk. With this card, any Pokémon at 70 HP will be 1HKO’d by Sableye as “Over Confident” will now do 60 damage, + 10 more due to special dark.

This card will usually guarantee you to get a donk in almost all swiss match ups where the opponent has 2 Pokémon in play. When you play Seeker, you and your opponent has to pick up 1 Pokémon from their respective Bench.

I’ve explained above why this is in here. Not because of the fact that it grants you 3 Basic Pokémon, but because it can be played through a trainer lock, and that it can be searched out by Sableye in the case of you running in to a Spiritomb trainer lock.

With the high draw power this deck has, 99% of the time, you will draw in to your energies, therefore, having a basic dark energy is almost useless. Not to mention that Unown Dark can fish out ANY dark energies, making special dark, just as easy as searching out your basic dark.

– It will 99% of the time, get you a prize on your starting turn

– Very squishy Pokémons, you can easily get Donked yourself

– It is donking… you most likely won’t be able to enjoy the game, nor your opponent

– Donking is viewed “bad” by most players

Well, this is Peter’s original donk deck that I’ve created ever. Quite frankly, I am very happy with this deck. Of course, being a double edged sword makes it all the more thrilling for me. Since the deck is still in development, maybe I’ll make a 2nd article on it depending on how the reviews are. Thank you everyone for reading this article and I’ll see you guys next time! :D 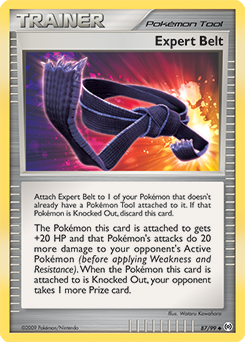