pokebeach.comHey Poké-fans! Your Card of the Day, reviewed by kn3ll_, will be Wailord from Triumphant!

For starters, Wailord is a Water-type Stage 1. It evolves from Wailmer and you’ll want to be using Wailmer from Triumphant if you decide to play Wailord, however, neither Wailmer is good. Wailord has ONE HUNDRED AND EIGHTY HP. 180.

It’s ridiculous, the most HP in the format. Anyway, it’s weak to Lightning (oh boy) and a Retreat Cost of 4. These aren’t good, but I don’t think I really care because it’s not likely anything will take out Wailord in one hit. It has no resistance, but its HP probably makes up for it.

For two C energy, Wailord’s ‘Underwater Dive’ gives you a Moomoo Milk for Wailord. Pretty good, considering ‘Swallow Up’, its next move, costing 3 Water and 1 Colorless, will inflict 50 damage plus another 50 if the defending Pokémon has less remaining HP than Wailord. As you can figure out, if Wailord has full HP, he will hit 99% of everything for 100 damage.

It’s hard to get Energy on Wailord, but thankfully Feraligatr can speed you up. Unown RETURN and Blissey Prime can keep you in top shape for attacking. It’d typically be worth an Expert Belt to throw on Wailord, as it gives it more HP, which gives it more consistent damage, and more damage, which keeps other Pokémon from getting a chance to hurt it.

pokebeach.comWailord is probably best run in a list based around it, using Wailord as a main attacker and Feraligatr to set it up. It simply requires too much energy to be an efficient tech. A deck that focuses on healing Wailord with enough Potions (Now heal 30 instead of 20!), Life Herbs, and Moomoo Milk could help it become the next big tank deck.

I really like the way that Wailord struts its stuff (and boy does it have a lot), and I think it could be pretty popular with the predicted rise of Fire-types.

Wailord makes a splash with a 3/5.

Swallow Up’s awkward cost of WWWC docks it from a 3.5 (if it were WWCC). The huge Retreat Cost and weakness to a fairly common type also hold it back, but its massive HP and heavy attack supported by its first move will help Wailord decks keep up in future formats. Good luck to those who try it! 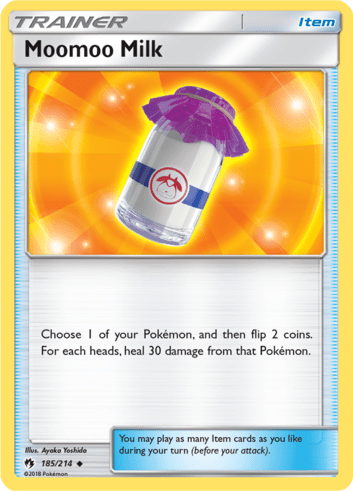