Fan Rotom is a very interesting card. Favored by collectors, this card also has some playability. Fan Rotom has a measly 70 HP, which definitely lowers his rating.

He’s a Lightning type which is effective against Gyarados, and he has an OK +20 Weakness to Darkness, a great -20 Resistance to Colorless, and a wonderful 0 Retreat Cost, meaning you can get this measly dude out of the Active Spot whenever you want to.

Fan Rotom’s Poké-Power, Fan Shift, reads “Once during your turn (Before your attack), you may use this power. Fan Rotom’s type is Colorless until the end of your turn.” This means that Rotom can serve as a Gyarados and Garchomp counter. Sweet!

Fan Rotom also bears 2 attacks: Spin Storm, and Air Slash. Spin Storm is a very interesting attack that, for the cost of a DCE, tells you to flip a coin. If that coin is heads, your opponent needs to return their active Pokémon to their hand.

This could win games (given you flip a heads), as if your opponent only has 1 Pokémon in play (their active), you win. Air Slash, for the cost of CCC, does a mediocre 60 damage. Meh. But read the attack’s text. “Flip a coin. If tails, discard an Energy attached to Fan Rotom.” That is pretty bad.

Well, Spin Storm is pretty good, and you can 1-shot a Gyarados with Air Slash (if you have a Lucario GL & a Crobat G), and if you can successfully use Fan Shift (by that I mean not getting Power Sprayed), Air Slash can 1-shot a Garchomp C LV.X.

So Rotom can work as an OK tech, but besides that, he’s just pretty to look at (SHINY…). So I think that Fan Rotom deserves at least a 2.5 out of 5. He’s not bad enough to have a 2, but I just don’t think that he really deserves a 3. Hopefully you guys will agree with me. :) Thanks for reading, and I’ll see ya next time. Bye! 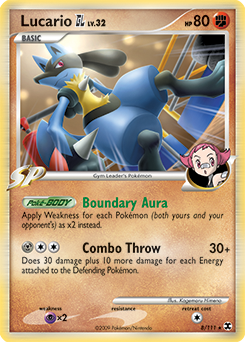