I also saw our very own Adam Capriola who was signing autographs while serving as a Poké-bouncer. He had his game-face on to keep out the thugs, yet somehow we got in.

My pre-tournament preparations included some tried-and-true strategies like playtesting with some additional techniques I learned from marathon training. First, there was the tapering.

I wanted to be as mentally alert as possible, so I decided on my deck well before hand – last year. Which, of course, was Magnezone. I’m just a Magnezone freak, so just deal with it! I did struggle a bit to tech it out the way I wanted, but the decision of what to run wasn’t hard.

My second strategy, also learned from intense marathon preps, was carbo-loading. The rationale behind this is that, prior to exerting a significant amount of energy (like Pokémon),you needed to build up your energy by stuffing your face with carbohydrates before the event.

In most cases, this would include some type of pasta like spaghetti, lasagna, or even pizza. However, since there are differences between Pokémon and marathons (even though Regionals feels like a marathon), I decided to carbo-load with the ultimate carbohydrate – Fusion Doritios!

In fact, a Family Size bag contains 306 grams of carbs, or 2,700 calories, so after downing the family edition the night before, I settled into a cheese-induced coma for the next 10 hours.

Finally, since I had done quite a bit of prep-work, and also due to the fact that I had not made top cut in quite some time, I felt for sure the Poké-gods would be looking down on me favorably (especially after putting in a bag of Doritos in the offering plate the week before.)

pokebeach.comI’m always nervous about getting off to a good start, but I had my Uber-start – Spiritomb + Call Energy! My opponent opens with a lone Spiritomb, and I begin my Magnezone setup. My opponent looks really frustrated, and for the next 4 turns or so, simply draws and passes.

I finally get a fully set-up Magnezone Prime, retreat Spiritomb and Lost Burn his Spiritomb for the game. He tells me afterward that he runs GengarLock with about 15-20 basics and has never had this happen before.

Spiritual insight: I am now confident that the Poké-gods have found my sacrifice of Doritos to be quite satisfactory as I only get a donk like this every 1 in 1,999,999 games.

As you may recall from my York tournament report, Brad and I have had some epic duels, and I felt confident that my Blissey, Rainbow Energy, Seekers, Ditto and coin flips would give him fits.

pokebeach.comHowever, when I started with Azelf and junk in my hand while he started Gastly, I felt all alone in the universe. I go first, attach energy and pass, while he collectors for Oddish/Tomb/Q, plays an Uxie and starts setting up rapidly.

I continue to draw crap while Brad manages by about turn 3 to send up his Gengar, drop a Crobat G for 10, and Shadow Rooms my Azelf for the game.

Spiritual insight: Apparently I either didn’t put in enough Doritos in the offering plate or it wasn’t a flavor that the Poké-gods liked. But, perhaps it was the cosmic scales of justice at work since my last round was so crazy, and I think Brad deserved to win in York. My faith in the Poké-gods was a little ruffled, but still had more rounds.

Round 3: Geoffrey Sauk with Vilegar

What’s up with all the Vilegar??!??? Once again, the Poké-gods were finding amusement. For some reason I cannot quite figure out, I almost always end up beating Geoffrey. He and his brother Jeff are some of the best players I’ve ever met, but somehow I win this pairing regularly.

I start Ditto to his Spiritomb, and I am able to get set up completely – all Magnezones, Blissey, and Ditto with rRainbow energy. I get an early lead and manage to dodge an early Fainting Spell, and when we go to time, he is too far behind to make a comeback. Good game, and nice to finally have a game go past 5 minutes!

Spiritual Insight: Once again, I somehow have found my way back into favor with the Poké-gods!!!! My faith in a higher power is returning, and my Dorito-powered carbo-loading is still keeping me focused.

Round 4 Evan with LuxChomp

This is the most epic battle of the day. I start Azelf/Chansey/Collector to his Uxie and Bebe’s and we both start our setups. I manage to get a Spiritomb out a use Darkness Grace, but next turn, he attaches a DCE to a Luxray, plays a Crobat G, and Bites me for the KO which hurts my ability to keep the trainer lock on longer.

He is a bit intrigued by exactly what type of Magnezone deck I’m running, and I manage to Judge him a couple of key times in the game as he uses Smeargle to Portrait this (only supporter in my hand, quite funny).

We trade prizes until time is called, and I am up by 1 Prize and have a benched, belted Magnezone with 80 damage on it. He has the last turn with an active Garchomp C Level X that used Dragon Rush last turn, so he has to reset.

I manage to get one final Judge on him before his last turn, hoping and praying for a miracle. However, he manages to draw a DCE and Poké Turn, promotes Crobat, Poké Turns, Dragon rush for 2 Prizes and the game.

Spiritual insight: Well, life’s about the journey, and even though I lost, this was definitely the best match I had all day, so Poké-gods or no, I had an awesome time.

For some reason, I totally blanked on this match (probably another Gengar). The Fusion Doritos wore off with a vengeance, and I had to refuel at McDonald’s to keep the energy flow going. I did manage to come out with a win though, but knew I probably had to win my next 3 to make top cut.

Spiritual Insight: I have no insight, obviously. That’s how life is sometimes – we’re just dust in the wind, dude.

Round 6: Eriq R. with Donphan/Machamp

pokebeach.comOK, if my deck has a bad matchup, this is it. On top of that, he gets a fantastic start with an early Donphan while I can’t get anything going with my Ditto, Azelf and Crobat G start (I use Time Walk but have nothing helpful in my prizes). After he takes a few prizes, I finally draw into a Twins and mount a weak comeback, but it’s too little, too late.

Spiritual insight. I’m was definitely losing my faith at this point. Why had my deck failed me twice today???!??? I run 4 call energy, 4 Spiritomb, and tons of supporters, but in 2-of my games, I hadn’t started with any of these. What was wrong with me? Where’s the LOVE!!??!?!??

I was actually thinking about dropping as my son Nicholas and his friend Alec were done in Seniors, but they both got into some other things like playing a pick-up game with Adam (who must have gotten kicked off his job for bouncing too many 9-year olds).

They wanted me to keep on playing, so I figured what the heck. Life’s about the journey, not just winning (even though losing sucks).

pokebeach.comLiz is running a varied darkness deck with Umbreon, Houndoom Prime and some other stuff. She gets me a little scared when she gets an Umbreon with Moonlight Fang going with 2 Special Darks, but I send up my Search Magnezone and start sniping around it.

She then breaks the Fang attack and promotes something else to attack with, but once the fangs were released, I started going to town.

Spiritual Insight. Man, I love my deck! It was one of the few times when my Search Magnezone came in handy as an attacker, and its usefulness in this situation really paid off. I may have lost faith in the Poké-gods, but my buddy Magnezone would always be there (well, until rotation at least).

Round 8 Tristan C. with GengarLock

I start Uxie and Call Energy to his lone Uxie. On his first turn he passes without attaching energy. I decide to go for the donk, attach the Call Energy and Psychic Restore for 40.

He then Looker’s his hand and manages to draw into another basic, so we both start our setups. We trade prizes and finally go to time. Unfortunately, he makes some misplays including forgetting to announce Fainting Spell after I KO a Gengar near the end of the match, and he then tries to use it after starting his turn. I explain that, since he started his turn, this couldn’t be done.

Sometimes I allow this, but not at a major tournament and when we were so close in prizes. I’m up on prizes, and he has no way to KO my Pokémon to even it up on his turn.

Spiritual Insight: You win some, you lose some, and at the end of the day, if you can come out with a winning record, life ain’t so bad.

All things considered, I managed to finish 5-3. I didn’t make my goal of making top cut, but I had a great time and had some fantastic matches.

As far as my spiritual journey goes, I think this just shows that sometimes we (including myself) take this game too seriously. I saw some really great players miss top cut, and even though Pokémon has a lot of strategy, it also has a lot of luck (matchups/hands, etc.).

If you can’t deal with the luck factor (aka, the Pokégods), then you probably are not going to enjoy the Pokémon TCG ever.

I’ve heard that the TCG is 1/3 deck strategy, 1/3 play strategy, and 1/3 luck, and I don’t feel like that’s too far from the truth. So, if the truth sets you free, then be free to have fun with Pokémon. It’s a great game and has a lot of great people involved with it. Thanks for reading! 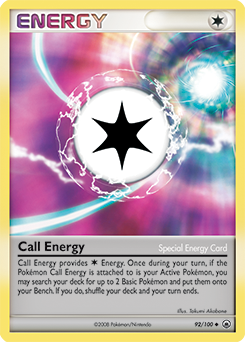