Hey guys! On Saturday, April 30th, I went to Black & White Prerelease, and finished with an impressive 4-0 record. If only this counted for your Premier Rating… oh well. Here’s the madness that I concocted (and worked!):

*NOTE: Since this is a Prerelease, you use a 40-card deck with 4 Prize cards.

I thought it looked horrible, and I was going to lose, lose, lose. But, as I later find out, this is an awesome combination!

Round 1: Dane vs. Albert

pokebeach.comI remember this kid from Regionals (I never played him, but I saw him there), and he didn’t do so well there (0-6, I think :P), so I wasn’t that freaked out. I started Oshawott as active, and a benched Alomomola & Oshawott. I forget exactly what he started out with (sorry, my memory’s blurry).

This goes on for a while until he KOs my active Oshawott, and then I bring up Alomomola and start hittin’ for 70 a turn with Hydro Pump. I grab 2 Prizes with him, making the prizes 2-3 in my favor. He is able to KO Alomomola, but I send up a decoy and topdeck another Alomomola, and with the help of Energy Retrieval, I’m able to get 5 energy on Alomomola (all water) and pound for 90 for the last 2 Prizes.

It was a close game though, as he ends up having 1 Prize left in the end. Good game, Albert, and hope you do better next round!

What a great way to start off the day!!!

I get lucky and topdeck an Alomomola, bench it, attach a Water to it, and use Lillipup’s Bite for 10. He draws, attaches a R Energy to Purloin and Tail Slaps me for another 10. I draw, use Energy Search for a W Energy and attach it to Alomomola, then I use Pickup to bring Energy Search back to my hand.

He draws and uses Pokémon Communication for an Alomomola and attaches a Water to it. Then he Tail Slaps for a massive 0 damage. :P I draw, use Energy Search for another Water and attach it to Alomomola again, then use Pickup for the Energy Search again.

He draws, attaches a Water to Alomomola and Tail Slaps for 10. I topdeck a Pokédex, and arrange it so I get some more W Energy next turn, and I use Pickup for Pokédex.

He draws, attaches yet another Water to Alomomola and Tail Slaps for 0. I draw my W Energy and attach it to Alomomola. Then I use Pokédex again to put Reshiram on top of my deck. He draws and finally KOs my Lillipup, and I bring up my powerhouse (a.k.a. Alomomola), bench Reshiram, attach a Fire to Reshiram, and I use Hydro Pump for KO. We’re now even on prizes.

*NOTE: the Round 2 report only showed the key parts in the game that I remember.

Now I’m 2-0, and pretty happy. There are only 2 other 2-0 people, and one of them is my friend from league, Matthew. Aw, great, I get paired up against him. I almost never beat him.

Round 3: Dane vs. Matthew

pokebeach.comI start Scraggy with Alomomola on Bench to his active Reshiram and benched Tepig. I believe that here, Matthew made his biggest mistake by putting Reshiram active. He probably would’ve won if he benched Reshiram instead. Well anyway, he goes first, draws, and attaches a Fire to Reshiram.

I draw, attach a Water to Alomomola, and pass. He draws, attaches a Fire to Reshiram, and does Outrage for 20. I draw, evolve Scraggy into Scrafty, attach a D Energy to Scrafty, and I use Spit Acid for 20, and Reshiram is now Burned and Paralyzed. He benched Tepig, and attached a Fighting to Tepig. He flipped tails on Burn, so he was at 90 HP left.

I draw, bench Bouffalant, attach a Water to Alomomola, and used Spit Acid for 20 and he’s Burned and Paralyzed again. He draws and attached a Fire to his Energy’d Tepig and passed. He flipped heads on Burn. I draw, attach a Fire to Bouffalant, and used Spit Acid to do 20 and Burn & Paralyze him again! He flips heads again on Burn. He evolves his Energy’d Tepig into Pignite and passes. He flips tails on burn.

I attach a Fire to Bouffalant and use Spit Acid. He draws, attaches and retreats Tepig to bring up Reshiram, and he used Outrage for the KO. I bring up Alomomola, attach a Water to it and use Hydro Pump for the Revenge KO. It all goes downhill for him from there on.

There are only two 3-0 people in Seniors, so I’m obviously paired up against the other. The other actually walked up to me and said “Do you know who Dane Carlson is?”, so that was pretty cool. :) So let the Championship match begin!

pokebeach.comThis match was actually pretty simple not much to say. I get Alomomola out and hit hard, but he revenge KOs it with Darmanitan, but I bring up Bouffalant for the literal “Revenge” (attack) KO. He brings up a Darumaka, attaches a Fire to it and attacks. I bring up another Alomomola and win.

This was the first tournament I ever won, but unfortunately you don’t get any extra prizes. But it is really cool to say that you went undefeated one time! :D

I’m sorry if not all matches were accurate. I was really tired when I wrote this, so I’m sure I got at least one or two things wrong.

There was one thing that I noticed here at the Prerelease… all the decks that performed well used Fire Pokémon. Whether it be Reshiram, Darmanitan, or Emboar, I think that the Black & White set will increase the power of Fire decks, which have never really performed that well.

As soon as the HGSS-On rules come out (Nats, LCQ, and Worlds), Fire will become dominant, I’m sure. So stock up on your Emboars and Reshirams now. They’ll be crazy pretty soon!!!

Thanks for readin’, and I’ll see ya next time (probably with a CoTD). Bye! :D 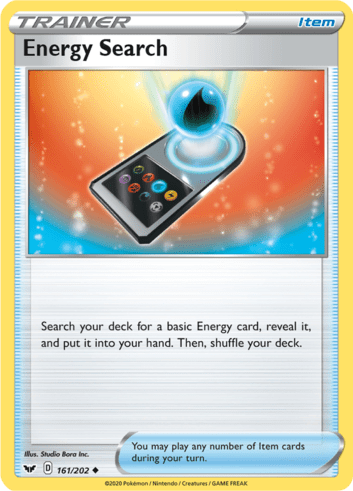