Congratulations, everyone. You just got a general idea of what marketing is.

What’s the first thing that comes to your mind about “marketing”, anyway? I’m guessing “advertising”? Well, advertising is one part of marketing, but it isn’t exactly the whole pie.

At this point, some of you may be wondering why I’m talking about marketing. What does marketing have to do with the Pokémon TCG? Most of us get the cards we need from opening booster packs or by buying them from other people. As I’ve said in my previous article, it isn’t practical to just keep on opening booster packs to get the cards you want. Quoting myself, it’s often more practical to get the cards you want from someone else, and that is a generally accepted idea.

Marketing is basically about creating and satisfying needs. In my illustration above, you could see that in most scenarios, Brock had to tell the girl that he was a gym leader in an attempt to convince her to marry him. It’s the same thing about The Coca-Cola Company putting advertisements on TV during the summer about how refreshing an ice-cold glass of Coca-Cola is.

In the Pokémon TCG, the need for certain cards are affected by three factors: the discovery of new deck archetypes, the annual rotations, and the local metagame. As players naturally get bored with a deck and often seek to build a new one, cards are typically being bought, sold, and traded – this provides a steady supply of cards circulating within the community.

What we most often overlook is that, beside buying/selling/trade cards, we’re also marketing ourselves.

Economics in the Works

Like in the real world, prices are determined by both supply and demand. Most of the time, people unintentionally contribute to the good of the whole by doing what they think is for their own personal interest. There are times, however, when things get out of hand (such as the occurrence of a financial crisis), and the government, the controlling factor, steps in to intervene with the use of fiscal or monetary policies. There are those that believe that the government should not intervene and let things work out for themselves, and there are those that believe that the government should intervene because will not work out for themselves – microeconomics vs. macroeconomics.

It’s the players and their collective personal interests and preferences that determine the future of the Pokémon TCG. In this case, Play! Pokémon is the controlling factor, and things do get “out of hand” (such as a certain card managing to clearly dominate the entire metagame and becoming way overpriced). In such cases, Play! Pokémon puts a “fix” by banning the use of certain cards from the tournaments and implementing seasonal rotations. There are players that believe Play! Pokémon should just let things be, and there are also those that believe Play Pokémon should step in to intervene.

Pokémon TCG in the Philippines

I decided to write an article about basic marketing, economics, and relevant ethical concepts after remembering a story a friend told me a few months before about a highly respected Pokémon TCG player here in the Philippines (let’s call him “P”). A competitive player, P had one of the largest collection of cards anyone here in the Philippines has ever seen. People didn’t initially wonder how he managed to build a collection like that – P used to be a Gym Leader, after all. What my friend told me, however, changed my view of P.

During one of the weekly unofficial tournaments hosted at one of the local card stores, my friend saw P talking to a small kid who was probably around ten or twelve years old. Apparently, this small kid had pulled a rare card (a Pokémon-ex, if I remember correctly) from a booster pack he just bought, but he wasn’t exactly aware of it. With a bit of smooth talking, P managed to convince the small kid to trade that rare card for a couple of uncommon cards.

This was apparently just the first of many similar stories.

All sorts of hobbies require some amount of money – the Pokémon TCG included. Unless you’re strictly into buying and selling cards (by this I mean you don’t play), don’t expect to earn even a bit of money in the TCG. In fact, you may find yourself spending more than what you initially expected to spend. I assume most of us here in 6P play the TCG competitively, and my question to you competitive players is this: How far are you willing to go to get the cards you want without spending too much?

I should tell you more about the Pokémon TCG community in the Philippines before I continue. POP left the country around 3-4 years ago. There was a lot of speculation as to why this happened, but many in the community generally believe that POP had some disagreements with the official distributor of the Pokémon TCG before. For one, promotional cards that were supposed to be earned with attendance points or given away for promotion were instead being sold. Many players, including Gym Leaders, were accused of “hoarding” key cards, and scams were commonplace.

Buying cards online was also difficult. Not many Pokémon TCG players in the Philippines had debit or credit cards, and there’s a tax for almost every item that arrives from abroad.

I’ve been playing the Pokémon TCG since the release of Base Set, and I must say that I am deeply disappointed with the current state of the community here in the Philippines.

One of the things that I would like to tackle about in this article is the matter of hoarding. In truth, there’s a fine line between collecting and hoarding. It’s the same as the difference between a gift and a bribe – the difference lies on the intention (the problem with intention, however, is that it cannot be measured by quantitative data).

In a small community like the one here in the Philippines, the effect of hoarding is easily felt. Although hoarding itself has no direct negative impact on the community, it does give a leeway for price manipulation and scams.

Scams, which are driven by the same human greed, often involve misinformation. Avoiding scams is pretty easy – you only need to be well-informed, and this isn’t really something difficult to do. What if it all happened in reverse, and you happen to get into a position where you could scam someone? Would you scam another player for a valuable card?

Let’s create a scenario. Suppose someone would offer twice the usual price for a certain card you have. Would you sell it for that much? I personally think this is very tempting. I recently pulled a Reshiram and a Zekrom the other week when I was in Hong Kong, and a lot of people here are offering me ridiculous prices for them.

What Should We Do?

In college, I was taught that when you would be doing business in the future, you would have three responsibilities: one to your suppliers, one to your customers, and one to your environment.

It has become a habit of mine to inform people interested in buying cards from me of the local market prices and give them a chance to correct their offers. My friends could testify this. I feel like by doing so, I’m helping make the community a better place.

I’m not in the position to tell any of you what should be done exactly, but I do want you to think about what you could do for your community.

As I’ve said earlier in this article, we aren’t just buying/selling/trading cards – we’re also marketing ourselves. Surely you wouldn’t want to be remembered as someone like P. 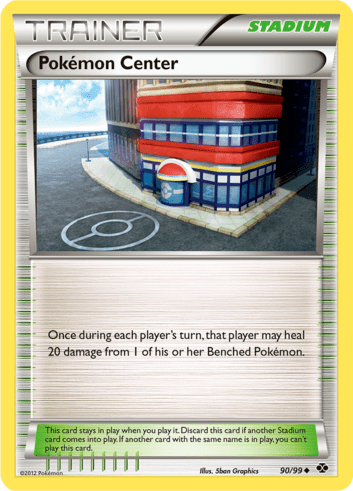