Hello SixPrizes! It’s me again with a decklist… check it out:

And now for the breakdown…

pokebeach.comThis lovely young lady-Pokémon (if you go by the movie) is the proverbial star of the show as she becomes brutal with the attack “Foul Play”. Using this attack you can pretty much do what ever you want to the defending Pokémon by just slapping on a Double Colorless and going to town.

Just remember to use this Pokémon as an avenger to a fallen comrade, if you can. especially if your going against something with a Fighting attribute to it like Donphan.

In my last article, someone commented on Zoroark not being able to use a move that requires a specific cost. In that case, it was discarding a specific energy. The ruling on Zoroark is that you only have to discard the energy IF the energy is attached.

With this guy in your deck, you may want to think about a couple of copies of Potion for added healing power. With 130 HP its a wall, dealing 60 damage, and able to shift that Rainbow over to a Pokémon that needs it (without damaging it of course) is also an added bonus.

However this guy is more of a sitter in this list. Royal Heal replaces our lost Nidoqueen’s Maternal Comfort, taking a damage counter off of each of your Pokémon a turn – an ability that’s sure to come in handy with the upcoming format.

pokebeach.comThese cards are especially useful when you consider that most new decks will need some sort of draw engine. I listed both of these simply because of the potential to draw up to 3 cards. The downside is that Cheerleader’s Cheer gives your opponent a draw as well. Another card to consider, while I’m on the subject of draw power, is Engineer’s Adjustments, which lets you draw four for discarding an energy.

Sitting with three of these guys on your bench could serve the smack down in a late game showdown, and aiding this card with Rare Candy, Pokémon Communication, and/or Pokémon Collector would probably be a good idea – get your basics turn one, and then turn two skip your Stage One! The addition of Servine may or may not help, but you’re free to experiment.

With the deck the way it is, and me liking to draw extra cards (who doesn’t?), Noctowl becomes best friends with Zoroark giving the potential to speed up an evolution.

pokebeach.comI personally chose to exclude this guy from my list as Rare Candy gets this Serperior up and healing faster than any three-part evolution chain ever could – well in most cases. For that off-chance that you feel you need it, Servine could be a great addition to your deck.

If you feel lucky or have a knack for getting your bench full, try this guy on for size. Tom Hall, one of the Underground contributors here on 6P, put this at the top of his list for favored Black and White cards – with good reason. Do The Wave is a huge attack doing up to 100 damage in a single swing. Call me crazy, but for a little 90 HP squirrel-rabbit-rat thingy, that’s pretty sweet!

With the handful of above mentioned Pokémon, Professor Elm’s Training Method is starting to look pretty good. And with that, maybe some more of these suggestions will help you out!

Seeing as how a Zorua will most likely be one of your starters, it will also most likely be Knocked Out within the first turn or two by something much bigger, as Zorua only has 60 HP. This is where Revive comes in. One of the better trainers to be reprinted in ages, you get to put that Knocked Out little fox onto your bench when Mi Ma makes her way into your hand. Not only that, you can get back other things that have been sent to the scrap heap, like a Snivey, Zekrom, Reshiram or anything else your playing, in any other deck at that.

pokebeach.comThis one makes my list of techs simply because of the coin flip. I personally have never had much luck with luck, so I tend to stay away from things that involve a proverbial crap shoot. With the right flip, you got your self a Pokémon that you really need to make your strategy work.

This is another tech to consider – maybe a 1-off. I’m starting to tire of this card, so I’m not including it in my deck, but it could come in handy for mirroring your opponent further, and well, lets face it, this deck is all about the mirror. Set this guy up as a starter and see where the pieces fall.

This could be a great card in place of Serperior as Zekrom and Reshiram are your backup attackers, Donphan can start placing damage on stuff, Reuniclus moves them around and makes one of your dragons’ Outrage attacks stronger.

These are notable cards for pretty much any deck. I’m not a huge fan ass people play it for donk purposes, but to each their own, I suppose.

So now that we have a shiny new list, go have some fun! I’ll be back soon with some more ideas to kick around. Until then, stay frosty! 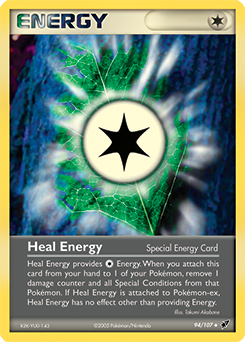