pokemon-paradijs.comHey there guys, it’s TrainerDerek back on the scene. I noticed lately I’ve been somewhat inactive in the Pokémon community for a month or so. Honestly nothing has really happened much since Regionals and the game was getting a bit boring.

Luckily a trip down to Cuyahoga Falls here in Ohio re-sparked the fun factor in the game as I saw a ton of different decks instead of the same 5 or 6 meta ones over and over and over.

On a bit of a personal note, I was honestly panicking the night before the tournament. I had come up with a deck idea after being shown a few cards at league, and it just kinda stuck to me.

(I know I wrote before how this can be a bad idea here, but sometimes it just happens and you have to try I out ya know? Besides, this is only Battle Roads.)

After figuring out what 2 cards I wanted to revolve it around I came home and did what I always do, search for them on handy dandy SixPrizes.com.

Go figure, someone had just recently put up an article about the same exact deck idea, Stoise/Floatzel! I’ll let you go take a look at his splendid article for the nitty gritty details but basically the idea is to set up Blastoise from UL and Floatzel from the same set.

pokebeach.comBlastoise can snipe any Pokémon for 100 for WWCC, and the only cost is picking up the 2 Water energy back into your hand. Then next turn you put one back on Blastoise for turn, and use Floatzel’s Water Acceleration to attach an additional energy to him for the turn.

Blastoise then has “Wash Out”, which lets you move the energy to him, and then your all set to attack again! Rinse and repeat every turn. The only real differences between my build and the one in the article was I added in 2 Interviewer’s Questions for some quick energy and an expert belt for little more power.

I ended up building it when I got home and was planning on grabbing the cards I needed from my teammates, however I get a text around 10 PM that the rest of my team decided not to attend for various reasons.

“Not worth the trip, barely worth any points.”

Things like that. Alright, I figure I understand. Some of them do care more about their rating then I do, since I just play for fun more than anything, although having a nice rating WOULD be pretty cool.

Then it dawns on me: Where am I going to get the cards I need? I asked around to a few sources and was starting to lose hope, luckily my league leader was nice enough to wake up early so my friends who were tagging along (to their first tournament) and I could stop by and grab what we need. A bit off the path, but well worth it. I had a good feeling about the deck and was ready to rumble.

pokebeach.comThe first thing I did like always was scope out the players arriving. Some familiar faces were around like always. Andrew Mishik, a friend of mine known in the area for topping many times with an Arceus build, who sadly didn’t even play; Chris Fulop & his girlfriend Emily, but Chris ended up not playing and just hanging around; Matt Louden, who I have seen top a few times here and there, some other players I’ve seen numerous times whose usual decks escape me; and of course my friends Garrett and Josh who were running Tyranitar (no not the Prime) and Reshiboar respectively.

But I was more interested in the decks I was going to see than the players who showed up. Just as Pokémon themselves saw it, I thought of this Battle Roads as an extreme testing ground.

Most people wanting to win would run SableDonk, some people like myself would be testing their HS-On decks, and others would be clinging onto their precious SP’s.

Honestly I was greatly surprised by the decks I encountered. I will warn you beforehand many of these games went by fast but… I never played a single SableDonk deck.

That’s right. Not sure how that happened but whatever. It was still obviously around. That news traveled pretty fast. So enough with the details of the area, let’s jump into the games here. There were about 24 Masters in all.

This player started off with a Sableye and I instantly groaned a little only to be told “Don’t worry, it’s not what you think.” then he used a Cyrus to take away my Collector. Pretty soon a Cinccino was out and it was Doing the Wave before I could even set up. A round 1 lost is always kind of a bummer.

Round 2 was just as quick. My opponent started with nothing but a Magikarp but sadly my lone Squirtle could only hit for 10. Turn 2 he got rid of his ‘Karps, brought out the Gyarados and one hit me for the win. Bummer.

Got the Bye. Woo! Free win! Meh. I prefer playing though…

This one was terror. I completely forgot Magnezone Prime existed while building my deck. Just when I thought Water was safe too… By the time I got Blastoise set up it didn’t even matter. He one hit it easily after I used it once to snipe his bench.

Then just for fun when only 1 Prize as left, he hit my lone Buizel for a whopping 740 damage. It was painful yet epic to see that much damage at the same time. Luckily I’m not a sore loser.

This one was intense. He was playing some kind of Lanturn Prime build. I had gotten a turn 2 Blastoise and was picking off his bench easily. Soon enough though he sent up his Lanturn and Knocked Out 2-of my Blastoise in 1 shot, and a few of my basics as I tried to reset up.

It was down to 1 Prize each and I luckily drew the Water Energy I needed to throw on Floatzel and finish him off for that last prize. A satisfying win.

Josh, who I expected to do the best because of his background with card games and the fact he was running a Reshiboar deck, only went 1-4 strangely enough. Garret finished at a strong 2-3 for his first event.

But they both ended up doing well in their own areas. Garrett won the VGC side event while Josh won the B/W draft side event. A.J. is a great organizer and always runs a nice friendly organized event with a lot of fun side events and things to do after the serious play.

As far as talk went, I heard there were quite a few donk builds, but less than expected as well as a fair amount of Reshiboar builds. Sadly my deck was MADE as a Reshiboar counter and I didn’t even get the chance to try it. Oh well, come next format my time will come.

I’m curious to see how you all did at Battle Roads as well! Be sure to comment and write your own reports in the forums or for the front page! I must say I’m proud to be part of this site, the articles are rapidly increasing in quality so fast lately! Keep it up guys!

Hope you enjoyed my report and don’t forget to get your hands on a 6P shirt before Nationals. =D

See you all there. 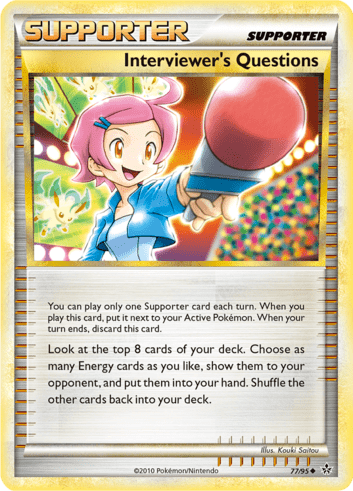