Klinklang is certainly an interesting Pokémon. Let’s start with his stats: he’s a Metal-typed Stage 2 with 140 HP. If it wasn’t for Reshiram, this guy so far is pretty good. He has a standard x2 Weakness to Fire, a mediocre -20 Resistance to Psychic, and a 3 Retreat Cost.

Since almost all good Pokémon nowadays have a high Retreat Cost, this cost doesn’t really hinder me from using it. It’s mainly the Weakness that I hate, but that’s what he has. Let’s take a look at his attacks.

First off, Kilnklang has an Ability called “Shift Gear”, which allows you to move M Energy from any of your Pokémon to any of your other Pokémon as much as you’d like each turn. Not great, but I see some potential with Steelix Prime.

Klinklang also has an attack called “Gear Grind”. Are you ready? Don’t brace yourselves. For the cost of MCC, Gear Grind at first looks pretty good with 80× as it’s damage. But when you read that you need to flip 2 coins and this attack does 80 damage for each heads, well… that’s a whole other side to the story. That’s pretty bad.

First off, there are no — I repeat, no — good Pokémon with a Metal Weakness, there’s really no point in using it to attack.

On average, it pops out 80 damage, but with Reshiram and Zekrom that do 120 damage for the same amount of Energy, it doesn’t really compete. Yeah, Klinklang could possibly do 160 damage, but he could also do 0 damage. So what would you prefer: a dead-set 120 damage (Reshiram & Zekrom) or flipping coins for the possibility of doing 160 damage. I’d choose the former. But earlier, I did say that his Ability could have some potential with Steelix Prime. Let’s take a look into that.

pokebeach.comAs stated above, Klinklang’s Ability allows you to move M Energy from Pokémon to Pokémon as much as you’d like each turn. Also stated above, I said that it could possibly have some potential with Steelix Prime. So let’s say that you had a Steelix Prime (5 energy) active, and your bench was as follows: Klinklang (0 energy), Steelix Prime (0 …), Cleffa (0 …), & Tyrogue (0 …).

You both have 1 Prize card left. Your opponent does 120 damage to Steelix with his Zekrom. You need to heal Steelix, and fast. But you don’t have the ability to heal 120 damage in one turn. So what you would do is Switch your active with your benched Steelix with a fresh 140 HP, then use Klinklang’s Shift Gear ability to move all five of your damaged Steelix’s Energy to your brand-new Steelix. Voila.

You have a fresh, new Steelix with already enough energy to “Gaia Crush” your opponent’s damaged Zekrom and take the last Prize card. It’s situational, but as stated above, it could win games.

So after weighing out his pros and cons, I decided to give him a 2 – 2.5 out of 5. He does have potential in Steelix, and could possibly become a staple, but that’s about it. Thanks for reading, and I’ll see ya next time. Bye!!! :D 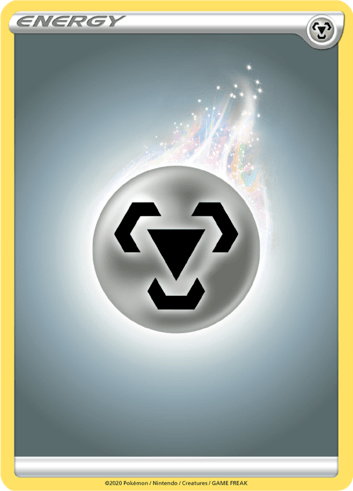