Hey Underground, I thought that I would try something different this month with a combination of a video, written article and two play-testing sessions recorded with commentary. The video article itself is nearly an hour long, so I hope there’s enough content in there to keep you entertained! I hope I don’t ramble on too much, and please let me know what you think!

Decklists for the video article:

Notes: This is the list I used in the games that I filmed testing vs Magneboar. Having spread the deck out and looked at it properly after the games, I feel as if a good rod and Bouffalant can be cut in order to make room for another 1-1 line of Cincinno.

It’s all down to personal preference in the end, so go with whatever suits your play style more: the extra Cincinno being a more offensive play, while good rod and the Bouffalant are great recovery cards from compromising situations.

Notes: The Junk Arms are added to this variant to help “de-clog” hands of useless cards. Having the Jirachi using it’s Poké-Power to bring discarded energy back into play helps fuel a surprise “Lost Burn” when needed.

Another point worth mentioning is that sometimes KO-ing with Magnezone prime is a misplay, as you can set up a 2HKO on an opponent’s beefy stage 2 via “Lost Burn”, followed by a “Cursed Drop” with Gengar Prime in order to Lost Zone 2-3 Pokémon.

Notes: This build cuts the Junk Arms in favor of a more solid setup. The Twins count is upped due to the fact that it’s more than likely that you’ll initially fall behind on the Prize trade in order to setup.

The main strategy is to go aggro Mime Jr. in order to get some Pokémon in the Lost Zone quickly while piling on the spread with Kingdra Prime’s “Spray Splash”. This is hopefully followed up by a strong finish in the form of Cursed Drops on multiple targets to send them to the Lost Zone as a result of Gengar Prime’s Poké-Body.

Notes: This build helps your Donphan matchup a huge amount, one of LostGar’s worst matchups due to the immediate pressure that your opponent usually applies early game due to the ability to get out a quick Donphan.

Crobat Prime helps alleviate this pressure, forcing Donphan players to switch out / retreat, or face being effectively Knocked Out by “Severe Poison”.

Notes: There’s a wide variety of Supporters to choose from here, with a total of 8 Draw/Shuffle draw cards included in the list. Rare Candy is maxed at 4, being the only trainer in the deck, and is solely there in order to maximise the chances of a quick Vileplume.

In the video play-through, I played 2 Crobat Prime, unlike in video-article where I talked about a 1/1 split. The 1/1 split definitely adds more versatility to the deck, but runs a higher risk of Crobat Prime being prized. It’s all down to personal preference, but I can see the merits of both choices.

There is a place for Mr. Mime Col in this deck, and I have toyed around with it. Having tested it, I find that he clogs up the bench, reducing my number of effective attackers by one. This may seem like a minor inconvenience, but in a lot of games I’ve found that being able to maintain a steady stream of Mismagius is often enough to take the win. As a result, he got the chop from my list.

Notes: The deck that runs no Collector as mentioned in the video.

Although I have been testing with both Zekrom and Reshiram to act as “walls”, I find that the early discard of energy on Reshiram’s “Blue flare” attack causes too many resources to be burned for later on in the game. I chose to cut him for a Bouffalant due to its ability to 1-shot the main threat to the deck – Rayquaza/Deoxys Legend.

Ideally, I would like to run a second Noctowl, just for the added consistency and draw. However, it’s really hard to find space in the deck for a second line at the moment, and sticking with 1-1 has still been running quite smoothly.

I always try to aim and get my Rescue Energy on the Noctowl whenever the opportunity presents itself, in order to re-use him easily in case he gets sniped / Reversaled up and gets KO’d.

So that’s about it for this month guys, I hope you enjoyed the article. Good luck to all of you Underground members attending Nationals, and I look forward to seeing how you guys do.

P.S. In order to help you guys out at Nats as much as possible, I’ve decided to give you some more playtesting videos next week as a bonus leading up to Nationals. Please let me know which decks you want to see tested, and I’ll do my best to film games for them. 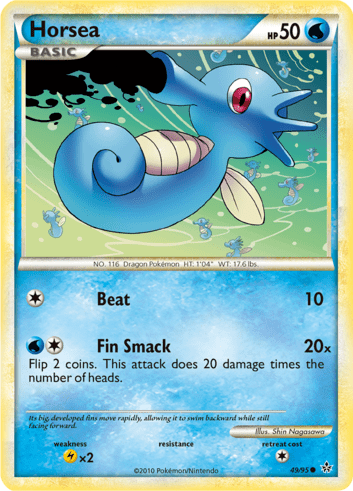