Hey guys, its been a while. I had a BLAST at Nationals this year and it was my first one! I am looking forward to the next one! I won’t be doing a report, but I will tell you that I went 5-4. Oh well. At least it was a positive record.

Moving on, Eli M. (Blooper) took this deck to top 16 where he lost to a Pokémon Reversal flip. This is not his exact list, but the deck is really good anyway. And I am only doing a skeleton list with options on what to run with techs because SOMEONE *cough cough Eli cough cough* doesn’t want me to post a full list because the person helped me with mine and it is similar to his. :P

With my very minor tangent done, the basic strategy of Kingdra Yanmega Jirachi (now KYJ) is this:

You set up a Yanmega early on to take cheap prizes and snipe. Then, while doing that, you set up a Kingdra or two. Jirachi, depending on the match up, will be set up too. So after the early game prizes, you snipe around the field with Kingdra Prime’s “Spray Splash” Poké-Power and Yanmega Prime’s “Linear Attack”.

You can use any of Yanmega Prime’s attacks for no Energy with its “Insight” Poké-Body which is activated when you and your opponent have the same number of cards in your hand. After you spread damage around the field, you bring up Jirachi and use its attack “Time Hollow” to de-evolve any of your opponent’s Pokémon up to the amount of Energy attached to Jirachi.

Note that its attack says “Energy” and not “Energy card”. That means that Double Colorless Energy (DCE) can be used to de-evolve two of your opponent’s Pokémon. When you use Time Hollow, you can take multiple prizes in one turn by making your opponent’s Pokémon have lower HP thus making them have enough damage to be KO’ed.

That strategy is pretty complicated with so many things happening at once. But when you get the hang of the deck, it will basically become autopilot for you. However, this deck is a little like DialgaChomp earlier in the season and last season.

pokebeach.comIt is a good deck, but if you make a misplay, you either lose the game or it hurts you a lot. You always want to jump at the prize early game and don’t overkill with Spray Splash. Make one wrong Spray Splash or Linear Attack and you will most likely lose a Prize that you would have gotten.

Take this for example: I was playing a Reshiboar with this deck and I Spray Splashed a Reshiram instead of an innocent little Tepig on the bench. Then I attacked the active with Yanmega. The next turn, my opponent drew, did some stuff, and passed.

Afterward, I Spray Splashed and attacked the Tepig, putting it at 50 damage. 10 more damage to KO it. However, my opponent drew, played Pokémon Communication, and evolved the Tepig into Pignite, which has 100 HP. I had no way to get out Jirachi and I had no way to KO any of my opponent’s Pokémon.

That situation may make me look like a noob at this deck and I sort of am. I have had some experience with this and I know the basics of what to do in situations. But the situation happened the first game after I built the deck.

Now for the card analysis.

Yanma – This is used to evolve into Yanmega Prime. It has a Retreat Cost of one but with its “Free Flight” Poké-Body it can retreat for free if there isn’t any energy attached to it. Since Yanmega Prime doesn’t require energy to attack (in this case) Yanma basically is a free retreat Pokémon which is always good.

Yanmega Prime – This card is extremely versatile and splashable. Why? Because it can hit for 70 and snipe for 40 for ZERO energy. Well, obviously there is a catch because you need to have the same number of cards in your opponent. Yanmega can snipe babies on the bench and with Kingdra Prime’s Spray Splash Poké-Power can KO Basics or Pokémon on the bench with 50 or 60 HP, it just depends on the number of Kingdra Prime in play.

Yanmega also spreads damage around thus making it easier to take prizes with Jirachi by de-evolving your opponent’s Pokémon.

Horsea – This is only used to evolve into Kingdra. Nothing else. You won’t even attack with it unless you have nothing else to do. Also, this is the only legal Horsea in the format so obviously you will be using it.

Kingdra Prime – This Prime lost some power in the rotation and in the new format. Kingdra Prime doesn’t have its brother, Kingdra LA, to hit fast and hard. It also lost Broken Time-Space which made it even speedier. AND with the new Rare Candy rule, you can only get it out T2 at the fastest.

However, Kingdra in this deck has a supporting role by dishing out damage counters like candy making 2HKOs into crucial 1HKOs. Kingdra can also put the last damage counter or two to KO a Pokémon while it is still your turn thus making you have the potential to take 2 Prizes a turn and to KO sleeping babies.

Kingdra can also help to put damage on Pokémon that you are going to de-evolve with Jirachi thus getting you more prizes.

Cleffa – Cleffa is basically your starter or consistency booster as it can shuffle your hand into your deck and draw 6 cards. It can also be a wall since it is protected by damage from attacks with “Sweet Sleeping Face” while it is asleep.

Tyrogue – Tyrogue can 1HKO babies and can be invulnerable for a turn so your opponent can’t touch you. So you basically get, if your dice rolls right, a free prize and not be touched by the opponent (unless they “Deep Poison” you or something). It can also get you a first turn win by donking the opponent’s Cleffa or single baby.

Jirachi – Jirachi de-evolves Pokémon so that they can be KO’ed by the damage that is already on them. Let’s say that there is a Pignite with 60 damage on it and you use Jirachi to de-evolve it. Then, since Tepig has 60 HP, it gets KO’ed.

Now let’s say that your opponent has a Rare Candied Emboar that has 60 damage on it, a Ninetales that has 50 damage on it, and a Pignite with 60 damage on it. And you have a Jirachi active with three energy on it. You then Time Hollow and take 3 Prizes. That is what Jirachi does.

Pokémon Collector – This card is a staple in every deck. Even in speed Zekrom. The ability to search out three Basic Pokémon in amazing. It helps so much to set up. You can even search for two Pokémon you need and then Pokémon Communication away the third Pokémon to get an evolution. For you beginners, I really recommend to keep your Pokémon Collector because it is such a great card. Don’t trade them away until you get at least four.

Pokémon Communication – The ability to put in a Pokémon that you don’t need for a Pokémon that you need is also incredible. It is so incredible that even Trainer Lock decks run it for early game to search for pieces of Vileplume. This is also a card that beginners shouldn’t trade away until they have at least four of.

Rare Candy – It lets you skip the Stage 1-of a Stage 2 Pokémon which really speeds up the deck. It is a staple in every Stage 2 deck for that reason. However, unlike previous formats, you need to wait a turn to play it.

Judge/Copycat – I included these two in the same thing because they basically serve the same purpose. To make each player have the same hand size so that Yanmega Prime can attack for no energy. However, Judge is used mainly for disruption and Copycat is for copying your opponent’s hand when you don’t have Judge.

You should run more Copycat than Judge though because if you Judge a MagneBoar with their Magnezone Prime out then you can’t attack with Yanmega next turn as they will just “Magnetic Draw” to put their hand up to six with you having no way to bring your hand size up. However, you can run whatever you want. It’s your list.

2 Shuffle Draw Supporters – This is the bare minimum that you should run. You either can run a Professor Oak’s New Theory (PONT), Professor Juniper, or a combination of both. Since most lists don’t tech in Magnezone Prime, you need a consistent way to refresh your hand and draw.

4 W Energy – It is just used to power up Kingdra if you need to attack with it.

4 P Energy – It is just used to power up Jirachi’s attack.

Techs You Can Run

Now about the “more consistency” part, I put the bare minimum on my skeleton list and it’s up to you to find the right numbers, cards, and play style for you so you can cut out some cards for others it you want.

Now, analysis on the techs.

Blissey Prime Line – This could be a staple in the deck, but its only in there for the mirror match. See, when you’re facing the mirror, your opponent will try to spread damage around because obviously that is what the deck does. So, you drop Blissey Prime and all their Spray Splashes and Linear Attacks will be gone. It won’t affect you much anyway since Yanmega can attack for free and Kingdra can attack for one energy.

Bouffalant – This baby is a really good revenge killer as it can 1HKO a Rayquaza Deoxys Legend (RDL) and a Zekrom after a “Bolt Strike”. It can hit hard and 2HKO a Yanmega Prime after something has been KO’ed.

Stage One Aggro Attacker (Cinccino, Donphan, Xatu, etc.) – This is your choice if you want to run it or not. Personally, I don’t but if you want to its an option. I recommend running Rainbow Energy if you are doing this.

Pokémon Reversal – This card could be a staple, but early game you will still usually be 1HKOing a lot of things with Yanmega. With this, you can drag up an Emboar or a high Retreat Cost Pokémon so that you can snipe even more.

Switch – Since most of the Pokémon in this deck have free retreat, it is useless to run this. Even Kingdra has one Retreat Cost. However, if you run Blissey Prime, you will need this to get it out of the Active Spot or to get Chansey out of the active if you start with it.

PlusPower – If you want to go aggro Kingdra or Yanmega, be my guest and run it. However, I don’t really recommend it as you will be sniping things anyway.

Defender – If you don’t wanna be pummeled by Reshiram’s “Blue Flare” attack, then you can run this. It is an okay card but it is very situational. You can run it if you want.

DCE – I recommend running this card if you are running Bouffalant or even without Bouffalant. With a Psychic energy and a DCE on Jirachi, you will be able to de-evolve up to three Pokémon since Jirachi’s attack says “energy” and not “energy cards”.

Rainbow Energy – You can run four of these instead of four Water and four Psychic energy to save space but I don’t recommend it as it could put you in 1HKO range since even one damage counter counts. I recommend this if you are running an aggro Stage One.

Whew. At the moment, we are sitting at almost 2100 words. It’s nothing compared to other articles but hey, it’s pretty good right?

Thanks for reading! :D 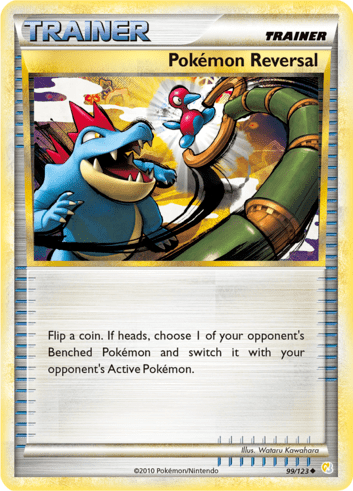