pokebeach.comHello everyone and welcome to my newest article. I’ve put some thought into this and have been thinking about how ZPS: Zekrom/Pachirisu/Shaymin and ZekMega: Zekrom/Yanmega could do at Worlds. I’ll talk about how ZPS and ZekMega work, and then predict how they could possibly do at this year’s Worlds.

I’ll provide a deck skeleton list for both ZekMega and ZPS and talk a little about what I think the updated playing field will be for Worlds. Last I’ll give out some last-minute playtesting tips and my YouTube channel link.

It’s very fast deck that started upon the release of the Black and White set. It uses Zekrom from Black and White, Pachirisu from Call of Legends, and Shaymin from Unleashed. It can usually set up about turn one to turn two. The strategy is to use Pachirisu for “Self Generation.” It lets you attach up to two L Energies to Pachirisu when you play him down.

Then you play Shaymin and use “Celebration Wind”. That lets you move around Energies on your Pokémon in any way you like. If you have Zekrom in play you can move the Energies from your Pachirisu to Zekrom. This can let you get up a turn one Zekrom and possibly give you the donk.

It’s easily the fastest deck in the format. It’s only really hard matchup is Donphan variants. Now with a Yanmega tech it can have a better matchup against Donphan stuff. Now onto what ZekMega is…

ZekMega can kill your speed in your Zekrom build, but for Worlds I’m not sure you’ll really need the speed. People will be playing very consistent decks that can get two plus basics down in the beginning so there goes the donk. I think that ZekMega will be a very good choice for Worlds; it can beat Donphan, and still has the Zekrom to take down other things.

Yanmega can get cheap prizes off of Linear Attack too so that’s another plus. Zekrom has the big attack so that’ll be the main attacker. I don’t really have a preference to which deck is better. That’s for you to decide.

Does Zekrom have a Chance at the Worlds Title?

Lets first start with the Canadian and Mexican Nationals results. First place for both were Zekrom. That might be a bit surprising, huh? I know I was very surprised. Both events are seven round Swiss with a top sixteen in Masters. Worlds is very similar. It has seven to eight rounds of Swiss with a top thirty-two cut.

I think this gives Zekrom a good chance at the title. Zekrom is a fast deck and can get you to about a 5-2 record in a seven round Swiss tourney. That’ll hopefully give you a top thirty-two spot. Sounds good. Now in top cut it got through a top cut a numerous rounds in Mexico and Canada and won the event. Now in the U.S. Zekrom decks got to top sixty-four in Masters.

Now the United States tournament is nine rounds Swiss, and getting to top sixty-four which is an extra round that you won. That’s ten rounds. Now Worlds is seven rounds, and say you made top cut. You could get that next three rounds. Now you’re in top eight at Worlds. You can see that Zekrom does have somewhat of a chance.

When you look at ZekMega and ZPS I think ZPS is better. You need to start getting prizes fast and with ZekMega you can’t do that. ZekMega is a good deck, but I’m not sure it’s the right choice. I think ZPS is a good choice for Worlds and I hope you can see that.

What to Expect At Worlds

pokebeach.comMegaZone is very fast and consistent. You can usually get a turn two Magnezone and Yanmega. Yanmega is disruptive in the early game and Magnezone can be used to clear the field when you have bigger HP Pokémon on your opponents field. MegaZord counters lots of things around the board because it makes the game like rock-paper-scissors.

They put out Lightning, you put out Donphan. They put out Rayquaza & Deoxys LEGEND, you put out Zoroark… TyRam is great because it’s really fast with Ninetales’ draw power. You can usually get out a turn two Reshiram with three Energies consistently. It puts out a ton of damage and doesn’t really have an auto-loss except for Water decks which you probably won’t see.

As for ZPS this whole article was on it, so you should have a good idea of how the deck works. Meta-counter decks like SamuPhan: Samurott/Donphan and things like that you might see. Some can be clunky so they might not be your biggest worry, some like MegaZord, which is now a meta-deck, are very fast so those you should be testing against a lot.

Get together with a testing group and play a lot of games. Play against lots of different people so you have a feel for different playstyles. Play on online simiulators and try to play about five to ten games per day. That may sound like a lot but it will pay off in the long-run. Play whatever you have that is really consistent and doesn’t have a particular auto-loss. Hope this helped!

I posted the link in an earlier article, but wanted to put it out again:

I’m putting up Card of the Days every Monday, Recorded Matches on Wednesday, and Lessons from the Pro on Friday (which are pretty much tips and analysis on different topics.) I have some Zekrom Recorded Matches up so you can check those out for some more information on the deck! Check it out!

This will probably be my last article before Worlds so I hope you enjoyed it! Good luck to all who are going to Worlds and I hope you do great! Thanks for reading! 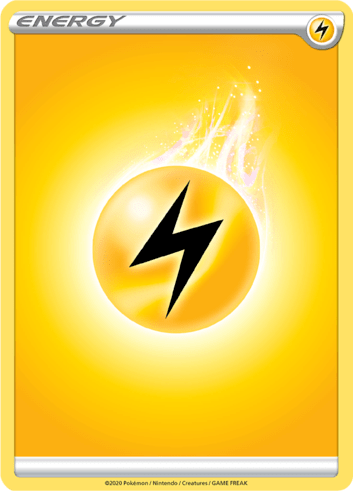