The last time I wrote an article for you guys was in preparation for Canadian, Mexican and of course, US Nationals. Now that these tournaments have taken place and the results are in, finally some sort of HGSS-on metagame has been established in the lead up to the World Championships in San Diego.

For my previous article, I tried my hand at a video article that had a mixed reception. After hearing the feedback, and aiming to improve on my previous effort, I’ve tried my hardest to break down the content into more concise, easier to stream video as well as an informative written article.

In this article I’ll be discussing a variety of topics including suitable grinder deck choices and strategies of how to play with them against certain popular matchups.

Secondly, I will be talking about advice for first-time Worlds players as well as my general preparation for the tournament.

For those who may disagree with my deck choices, I’ve also included some musings in my videos about general strategy, play techniques and improving the consistency of your deck to gain that little extra edge against the rest of the competition.

Don’t expect to have made a definitive deck choice yet for the event. I haven’t decided what to play for the main event yet myself. However, I have narrowed down the format to four viable choices as a result of extensive testing in match play.

Hopefully, by breaking down the decks’ core strategies, it will help you guys make an informed decision. I’ve also included my personal up to date lists for each deck, and why I play and don’t play certain cards to sway matchups in my favor.

pokegym.netGirafarig has proven to warrant its spot in the deck after numerous games. Finding a reliable way to search out basic R Energy, which in itself is searchable via Pokémon Collector helps maximize consistency and make the most of lackluster starts.

He’s also a potentially viable candidate for an Emboar/Magnezone build, netting energy you can “Inferno Fandango” with Emboar, or simply searching out the Lightning energy for the Magnezone Prime’s “Lost Burn”.

Add in the fact that he’s weak to Psychic (a hugely underplayed type under the current metagame conditions) helps him stay alive against Donphan just a little bit longer. Girafarig is definitely food for thought!

I tested the deck with 2-3 DCE before and it just didn’t cut it. The times I drew them I just wished they were R Energy so I could “Roast Reveal” with Ninetales.

I feel that the DCE in the deck is a case of “Fancy Play Syndrome”, which players often suffer from when trying to overcome a problem for a deck to make it perform more efficiently (in this case, by being able to attack Turn 1 with Reshiram as well as cushioning its Retreat Cost), but instead actually makes a deck perform worse over the course of a number of games (e.g. not having R Energy for “Roast Reveal”).

pokegym.netPachirisu is a great tech to add longevity to Magnezone’s attacks, and in my opinion, a near staple in the deck as it allows to take those just out of reach Kos and critical times. The added bonus possibility of a turn 1 hit for 50 with “Shocking Bolt” to donk other 50HP basics and end the game right there!

After testing, Kingdra is just not consistent enough to be useful in the long run. The added board control is nice, but the nerfing of the effect of rare candy makes it a liability to lay down the Horsea on the bench for a turn, for it only to be reversaled up or snipe KO’d by your opponent.

Much like Justin Sanchez’s speculated Nationals list, I opt to run a Junk Arm engine in order to maximize the utility of tech cards such as reversal, circulator or pluspower. The 4 Junk Arm also allows for continuous hand thinning in order to redraw cards with Magnezone Prime’s “Magnetic Draw”.

Letting these “One – of tech cards” hit the discard early as a result of Professor Juniper-ing is a potential advantage come the latter stages of the game, as Junk Arm allows you to retrieve either the PlusPower or Circulator to snag you the win.

My list isn’t too surprising apart from the focus on the mirror match as well as consistency. It is as follows:

pokemon-paradijs.comA slightly unorthodox choice with regard to deck structure. I firmly believe this is one of the best plays for the mirror match, and one to bear in mind with the amount that you’ll see this deck at the LCQ. The ability to remove prize liabilities from the field is huge against decks that run Yanmega.

Hitting just 1-2 heads a game really does swing the mirror match from my testing as constant prize denial for your opponent is too much for them to handle.

I really like the use of Reshiram to dramatically improve your poor Kingdra/Yanmega matchup. By limiting Kingdra Prime’s damage output to 20 base damage is a really nice touch, as it prevents Kingdra from steamrolling your Donphan Primes.

Ok guys, I take it back. After going back to the drawing board, Zekrom is far more viable that I thought!

pokegym.netUnlike Reshiram, Zekrom thrives upon the use of DCE in order to apply early offensive pressure, and acts as a useful cushion for Zekrom’s Retreat Cost. Also useful for Bouffalant who acts as both an RDL counter and just generally a good revenge KO attacker.

The second Shaymin UL drop provides means of making use of your lightning energy efficiently in order to keep up a string of Kos with Zekrom’s “Bolt Strike” in the late game while using DCE to “outrage” with a damaged Zekrom to take cheap and easy prizes.

This guy is included in my list due to the fact it can almost act as a fifth Zekrom with regard to the donk. Turn 1 70 can KO the majority of basics, and is just a solid opener. A huge benefit to opening with him going first is that you can KO T1, and while your opponent probably can’t return KO with anything (as its their first turn).

Due to its Poké-Body, it has free retreat with two L Energy attached, so you can conserve the energy by retreating and moving it over to a Zekrom with Shaymin UL to provide a more powerful hit. The “Raging Thunder” attack can damage your bench, not just self damage, which allows for damage to be piled on a Zekrom so that he can outrage for a decent amount of damage.

I feel that babies take away from the speediness of early offensive pressure. I feel that if you have to Cleffa your hand away, you probably have already lost. Instead, I opted to maximize cards needed for the donk, as that is the primary focus of the deck.

pokegym.netIn testing this card has really shown to warrant its spaces in the deck. The fact that it can maximize the chances of getting that turn 1 Collector as well as providing a solid means of ripping supporters out of the deck for draw/shuffle draw.

Combo these merits with the fact it can be Junk Armed allows for a more consistent list overall. I highly recommend it, and am currently looking to fit it in my other lists!

Some of you guys may not be aware of this, but recoil damage is affected by PlusPower.

“PlusPower (HS—Unleashed, 80/95)
If the Pokémon PlusPower is attached to attacks, the attack does 10 more damage to the Active Pokémon (before applying Weakness and Resistance).

This is to match past versions of the card. Also, if the Pokémon uses an attack that would damage itself, PlusPower would also affect that damage.” – Pokégym Ruling Compendium.

This means that a PlusPower + “Bolt Strike” is going to result in 50 recoil damage. Be careful with the use of PlusPower, as playing it in the wrong situations can lead to unexpected return KOs (E.g, Yanmega Prime + PlusPower).

Something to bear in mind if you weren’t aware of it as well as something to look out for if your opponent is playing A ZPS deck against you.

In my testing, I’ve found that playing Defender is counterproductive to achieve the Turn 1 Donk. The card is really good in “Theorymon”, but more often than not, the card just doesn’t justify taking up 3-4 slots in the deck.

I can see it as a potential one off-tech card to throw off damage calculations, but smart opponents usually find a way around it via Pokémon Circulator or Pokémon reversal.

My Opinion on the Baby Debate

However, these attacks come with a price of low HP and the unreliable “Baby flip”. Personally, I feel that the use of babies should adhere to these guidelines: 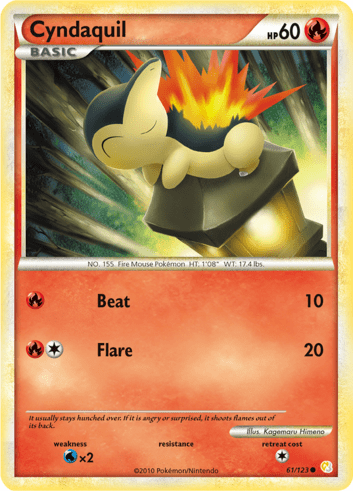