When the first Black and White set came out, most of you probably had your eyes on that Revenge Bouffalant. Or Reshiram and Zekrom. Or the Stage 2 versions of the starters. Well, But to be honest, there were only two cards that really interested me. And those cards were both Joltik.

HP-wise, Joltik has a pretty solid 30 to 40 HP. That means you can withstand several Glide attacks from Zubat UL! Combined with a healing attack, Potion, Defender, Junk Arm, and other healing cards, Joltik can practically live forever! A standard healing list should look like this:

This leaves 21 spots for techs!

pokebeach.comMake sure to run the Promo Snivy if you want to be competitive. It has an effect with its first attack. And make sure it is the Ability Serperior. Serperior has a healing effect, and heals lots of damage off of Joltik! With a couple Serperiors out, Joltik will NEVER die, except for in the unlikely scenario that it is 1HKO’d (psssh).

Throw in 4 Oddish, 4 Gloom, and 4 Bellossom UD. Bellossom is like Serperior, except for it heals twice as slowly. But Bellossom actually adds a whole new level of strategy into your Joltik-playing game. See, Bellossom can be Grumpig-locked. So you play Bellosum, they bring up their Grumpig (everyone techs one these days), and you kill the Grumpig with Joltik! It’s actually a really good strategy! Also it will mess with your opponent’s mind!

You need to be running Max Potion. Actually, it is supposed to be in the skeleton list, but I was too lazy to put it over there :-P. Max Potion can FULLY HEAL A JOLTIK. I’m not sure if you understand how effective that is, but you’re healing off TENS of damage. That is too good not to run.

Imagine you could evolve a Chansey into a Max Potion. Well ta-da! Here you go. This will also draw out your opponents’ Grumpigs.

The second way you can run Joltik is by abusing Joltik EP’s high damage output. This thing can hit for ten damage with no PlusPowers. That’s enough to 1HKO a Mysterious Fossil! Adding PlusPowers into the mix, this static insect can hit for a lot of damage. Also the C energy requirement makes him quite splashable.

SO MUCH ROOM FOR TECHS OH MY GODDESS

pokebeach.comThis should be run in a 4-4-4 line to maximize Spray Splash potential.

These cards are to recycle your PlusPowers and Good Rod can save your Joltik god forbid it gets 1HKO’d by some heavy hitting monster.

You are about to see the disruptive side of Joltik as well. First of all, Joltik BLW #44 has an attack with a paralyzing effect. So it is possible that Joltik can attack unhindered all game*

The second best disruption card in the game (besides Joltik of course) is Judge. So we must run 4-of those. Also, Vileplume is very disruptive. So let’s run a 4-4-4-of that (go consistency). Team Rocket’s Trickery also inhibits your opponent. So we should throw in 4-of those as well.

Also, did anyone see that Ambipom-Weavile-Slowking did incredibly well at Canadian Nats? We have to have Weavile and Slowking in here. So our list looks like:

So that leaves us with 5 spots for techs. If I were to actually test this, I would add in 5 more Lightning Energy, y’know, just for consistency. Or if you’re a real jerk, you should play some split of Lost Remover and Crush Hammer. But YOUR JOLTIK HAS NEVER FELT SO DISRUPTIVE :D.

Or course, Joltik has a glaring weakness: It gets lonely! Yes, even Joltik gets lonely. So we take our barebones Joltik skeleton list:

Yanmega Prime: Yanmega was in most of the Top 16 decks at Nats. So it must be good. Honestly.And we add some supportive techs to keep Joltik company.

Magnezone Prime: Magnezone was in the deck that won Worlds. Therefore it HAS to be good.

Gothitelle: This card was in the new set. And it was hyped. So let’s pop it in.

2 Bottom halves of Rayquaza-Deoxis Legend: This half card hit 40 bucks. Half of a card for 40 bucks? Damn. It is going in the deck.

Donphan: This is an amazing card. 1 for 60 is huge. So that means our list is:

Joltik will always have his friends to support him.

To be incredibly honest, all matchups are 100/0. As long as you stick with Joltik, you cannot lose. 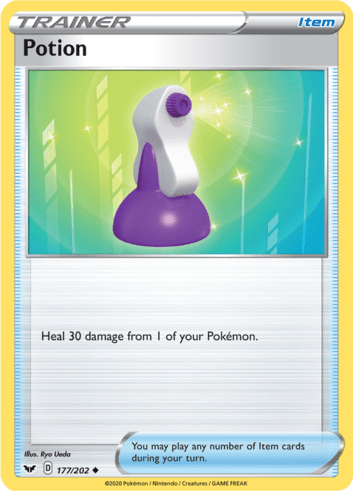