pokebeach.comI always get excited when they reprint cards (I include Professor Oak/Professor Juniper-like situations included). Pokémon is one of the more selective trading card games when it comes to reprints, but when they do choose to reprint something it can have a big impact on the format. A great example is Double Colorless Energy. Originally printed in Base Set, it was reprinted in HeartGold & SoulSilver.

Being that old of a card, you wouldn’t think it could do much with all of the power creep in the game over the years. Boy, you couldn’t be more wrong. Double Colorless Energy was a staple in every SP deck because of its synergy with Garchomp C LV.X (plus it worked with other cards, too).

Suddenly we were playing in a format where chains of “Dragon Rush” were common. DCE was a big part in making LuxChomp (and DialgaChomp) into the decks they were.

While Pokémon TCG veterans won’t immediately remember the name Crushing Hammer, after reading the card you’ll recognize it as a reprint of Energy Removal 2. Energy Removal 2 states that when played, flip a coin. If heads, discard an Energy attached to one of your opponent’s Pokémon. Energy Removal 2 was popular in the ’05-’06 Format. It was even included in the 2006 World Champion’s LunaSol deck (Senior Division). Will it become a staple in today’s format? Probably not.

Messing with your opponent’s energy drops can give you a huge advantage. MagneBoar is one deck in particular that would be hurt by a successful Crushing Hammer flip. Magnezone Prime needs L Energy to attack, but because Emboar’s Ability only works with Fire, most decks can only devote about 5 spaces to L Energies. If you select a L Energy with Crushing Hammer, with a little luck you could find yourself in a very good position where Magnezone is unable to attack.

Of course, the most obvious use is to simply discard an Energy on your opponent’s main attacker to try and slow them down. This could be especially useful in ZPS or a fast Stage 1 build.

Like other Items such as Pokémon Catcher or Switch, it can be reused thanks to Junk Arm, a staple in today’s format. However, Crushing Hammer does have its cons. The most obvious one being the coin flip. While this by itself doesn’t make Crushing Hammer unplayable (Pokémon Reversal saw a lot of play before Pokémon Catcher was printed), it will hinder its playability.

The last few formats have been hard on Trainers/Items. VileGar ran loose last year and now we’ve got Gothitelle (not to mention Vileplume hasn’t exactly disappeared off the radar). If there is one thing we’ve learned it’s that even though Trainer/Item lock is popular, it certainly doesn’t deter people from playing them (try to imagine LuxChomp with no TGI cards).

Another card in the format very similar to Crushing Hammer is Lost Remover. It does almost the same thing as Crushing Hammer, but it ditches the coin flip. In return, it can only discard Special Energies.

The biggest obstacle in the format that will hurt Crushing Hammer’s chances at seeing play is simple fact that it isn’t strong enough. Sure, getting rid of an Energy can be helpful. Heck, it can even win you games.

While it has its uses, Crushing Hammer is a flippy card that doesn’t quite do enough to justify its use in most decks. 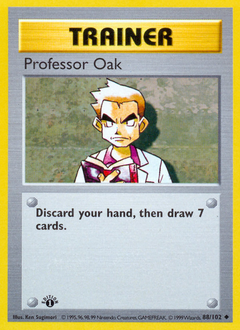