Today’s CoTD is on Magby from Triumphant/Call of Legends, requested by the man himself, Adam. Magby is a baby Fire type, and like all baby Pokémon, he has 30 HP; no Weakness, Resistance, or Retreat; and the Poké-Body “Sweet Sleeping Face”, which says as long as this Pokémon is asleep, no damage can be done to it by attacks.

Now obviously the 30 HP isn’t so great, but his buddies Cleffa and Tyrogue also have 30 HP, and they’re played, so why can’t Magby? The free retreat is very nice, especially with his fragile HP. He also has a single no-energy attack called “Play with Fire.” Now I know all of our parents have said to not play with fire, but this is the next generation of rebellious children, and even babies are disobeying and playing with fire.

And hey, since it’s young, we can use it to our liking. That’s right, we can make it play with fire to help us! Ain’t that cool!? But how does it help us? Well, it allows you to burn your opponent (When I was this young, I would get in so much trouble for doing that!), but only if you let it take a nap afterwords.

And although at first glance you’d think that nappy-time would be a bad thing, but when it’s sleeping, it can’t get hurt because its sleeping face is so sweet!!! :D Amazing! But can this young’n work in this day & age (metagame)? Let’s take a look.

Lots of people seem to think that Magby’s play-time buddy, Cleffa, is much better, and in most cases, she is (no offense, buddy)! But Magby can help his friend Eevee’s dad, Leafeon UD, by putting more Special Conditions on the opponent. Why would that help? Well, Leafeon has an attack called Miasama Wind that, for one C energy, does 50 damage times the amount of Special Conditions on the opponent, and with Houndoom Prime, Roserade UL, and Magby on his side, Leafeon can do TONS of damage.

There has also been talk about people using Magby as a tech against Gothitelle EP 47 — wait, what??? That’s what I thought at first as well, but after thinking about it, it might actually work. You use Magby to burn Goth, and if they don’t retreat, you have a 75% chance of getting 20 or more damage on it, which might let you 1HKO it (since you can’t use your PlusPowers with the dragons).

Now I know some people have said that Gothitelle isn’t doing well, but this website says otherwise. If you look in the list of winning Masters decks, there were 13 wins with Gothitelle. That means that Gothitelle has won more BRs than Ross.dec, Stage 1s, KYJ, Magneboar, and Mewlock, all of which were decks expected to do very well (though I guess KYJ wasn’t hyped much :P). So Magby could possibly serve as a decent tech against this decent deck.

But other than that, Magby doesn’t really have any more good purposes; I mean, I guess you could throw him in any deck you like, but, honestly, his friends Cleffa and Tyrogue outclass him by far (sorry little dude).

Unfortunately, Magby doesn’t really work well in this format; anyway, if he played with fire too much, his parents might catch him and get him in HUGE trouble, and we don’t want that to happen. So what are your thoughts on this card? Have you used him successfully? Do you have anymore ideas? If so, please comment in the section below. Thanks for taking the time to read this! See ya. 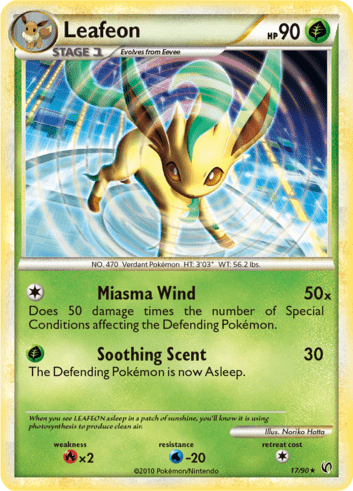