First things first: stats. Teddiursa has a fairly low 50 HP, and Fighting weakness. This makes him susceptible to a donk, especially from Donphan (although he’d get Ko’d anyway without the weakness). Colorless typing is decent, and one retreat is average.

Teddiursa’s first attack, for one C energy, is called Fake Tears. It reads: “Flip a coin. If heads, your opponent can’t play any Trainer cards from his or her hand during your opponent’s next turn, and any damage done to Teddiursa by attacks is reduced by 30 (after applying weakness and resistance).”

Wait a second. Flip a coin? Flippy attacks are a no-no in this format. Sure, Victini NV would help out a lot, but until Noble Victories is released and we can properly test with the cards in it, Victini’s usefulness is just a matter of theorymon. Right now, is the attack worth the flip? I think so.

What strikes me right off the bat is the fact that you can, in effect, Trainer lock your opponent for a turn. This makes Teddiursa very unique – he is the only card in the entire format that can locks Trainers on turn one. In addition, the 30 damage “Defender” means your opponent will have to do 80 damage to KO him, which can be tough under the lock. Teddiursa provides a “wall” for a Trainer lock deck to set up behind, and while he’s likely to be KO’d within a couple of turns, especially if he whiffs a flip or two, Teddiursa can still work as Twins bait.

When Call of Legends was released, Teddiursa was just a lame junk common. He first came onto the competitive scene as an integral part of “Bear Hug,” the deck piloted by Carlos and Xander Pero, which won Nationals this year in the Junior division and made the Top 32 in Masters.

“Bear Hug” consisted of Teddiursa CL/Ursaring Prime, Yanmega Prime, Vileplume UD, Roserade UL, and Sunflora HS. While the decklist and in-depth strategy have not been disclosed, one can gather that it focused on locking the opponent the entire game, transitioning from Teddiursa to Vileplume; the attackers were Ursaring and Yanmega, and Roserade was used to inflict status conditions.

Since this deck not only won Juniors but did very well in Masters, it could definitely be a fun and semi-competitive play. Trainer lock is extremely frustrating, especially for Zekrom, which runs a turbo Trainer engine. It already has a bad matchup against Trainer lock, and if it’s locked from the outset of the game, should definitely suffer.

Teddiursa is, in my opinion, rather underplayed. He has cons, obviously – low HP and flippiness – but his attack is amazing. Teddiursa makes a great starter for any Trainer lock deck (excepting Mew, which aims to get a T1 See Off) and, besides, he’s just adorable.

That’s all, folks! Comments and/or criticism are appreciated. Hope you enjoyed my review! 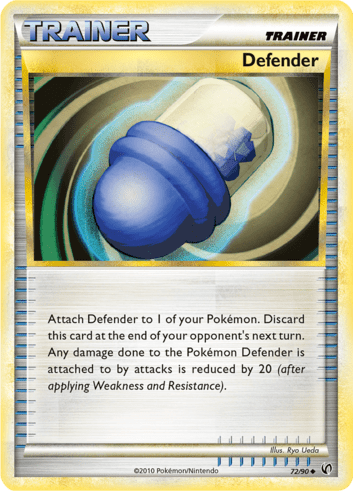